Bill Gates’ divorce: who are his three children and why they will not inherit his entire fortune 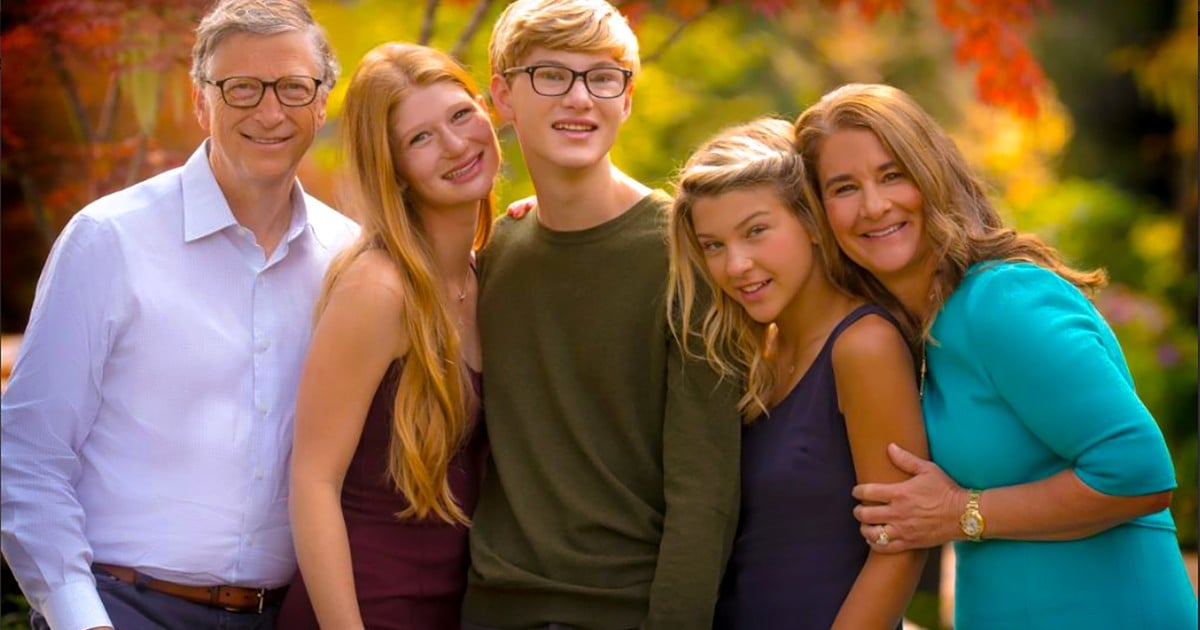 A joint statement posted on Twitter announced the end of Bill and Melinda Gates marriage after 27 years together.

The news fell like a bucket of cold water around one of the richest couples in the world, also linked by a long alliance, especially in philanthropic matters. At the family level, they had three children: Jennifer (25), Rory (21), the middle one and Phoebe (18).

The eldest was the only one who spoke publicly about the separation and thanked her for the shows of support for her family.

“Many have already heard the news that my parents are separating. It is a difficult time for our entire family. I keep trying to learn how to process my emotions and those of my family right now, and I’m grateful to have the space to do that, ”Jennifer said.

Bill and Melinda Gates. The couple announced their divorce on Monday after 27 years of marriage.

It is estimated that due to divorce they should be distributed around $ 130 billion And although they did not have a prenuptial agreement, having a good relationship there would be no problems due to the division of assets.

As Bill and Melinda Gates said years ago, their children will only receive $ 10 million each. The rest would be donated to charitable causes and scientific research.

“Everyone has tools to get ahead. They had a great education and money. There is no reason to think that they will be poor so the money will be used to help people in need, “said the newly divorced couple.

Of the three teenagers, Jennifer is the one who holds the most public image. Graduated in Human Biology from Stanford University and currently a medical student in New York, she is a great athlete.

Passionate about horse riding since she was little, she competed in national and international tournaments showing a high level of technique. For many, it is their father’s favorite.

Rory John is the only male and the one with the lowest profile. At 21 he lives in the family residence in Seattle. Study same major as her mother, Computer Science and Economics at Duke University, one of the most prestigious private universities in the United States.

Jennifer and Rory, the one in the middle and lower-key. (Instagram)

During his adolescence he studied at Lakeside School, the same private school that his father and Paul Allen (the two founders of Microsoft) had attended and considered one of the most elite in Seattle.

Phoebe adele She is the youngest daughter of the marriage and the most pampered of all the siblings. At 18, she is passionate about ballet and has even studied at the American Ballet Theater School. He also went to Lakeside School.

The three brothers traveled the world with his parents and on many occasions it was his own Bill the one who gave them private math or science classes if they spent several weeks away from home.

Despite being the children of the founder of Microsoft, one of the most important technology companies in the world, computers, video games and cell phones played an important role in the Gates’ house.

According to their parents, none of them had a phone until they were 14 years old, and while their friends spent the day playing video games or surfing the internet, they preferred to read or enjoy dinner with the family with the adult cell phones outside the dining room.

Chelsea forces to resign to Madrid