Bilbao is well worth a league 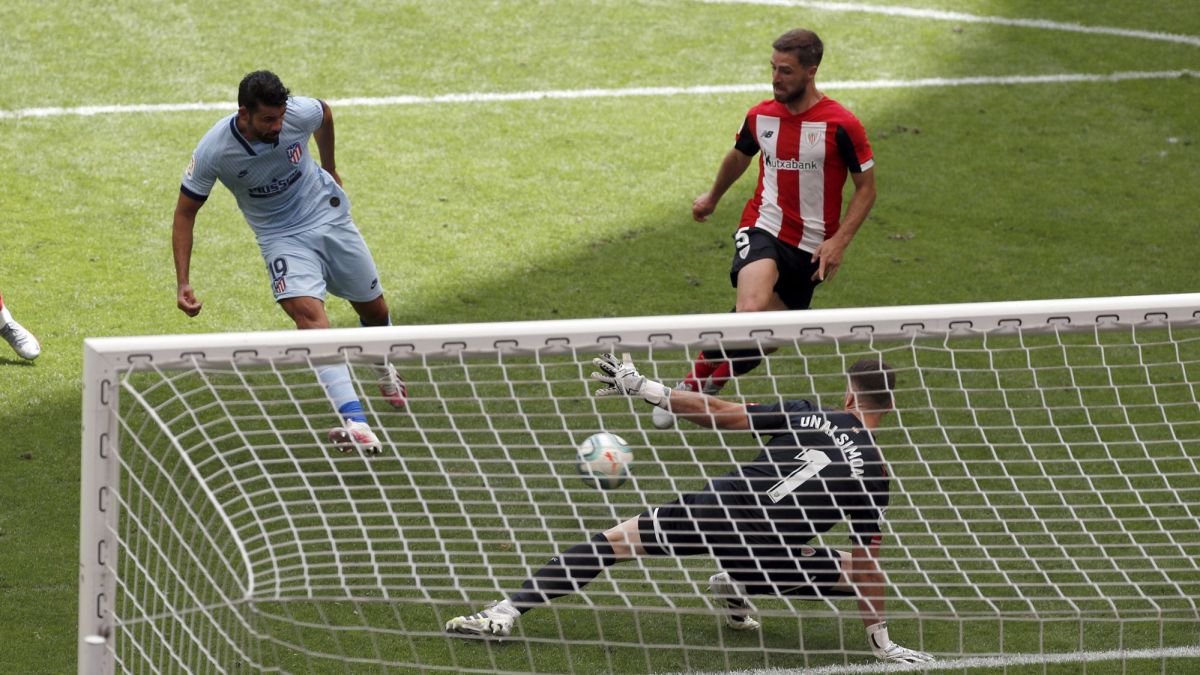 Atlético fulfilled the mission of winning the two home games against Eibar and Huesca and now faces one of the toughest tests that await until the end of the season. Simeone’s team plays against an Athletic run down but has a notable group of footballers (follow the game live on As.com). The league title depends a lot on what happens in Bilbao. Simeone will remember what happened when he won the championship. Atlético paid a visit to Athletic on matchday 31 of the 2013-14 season and won 1-2, with goals from Diego Costa and Koke. There was little left for the end and the rojiblancos left there convinced that the title would not escape. Koke, now captain, will remember what happened and will be able to harangue his teammates. Raúl García, then in the ranks of Atlético, now defends the glass box. He will be one of the protagonists of the game.

The Wanda Metropolitano team has recovered old feelings. He beat two rivals with authority who are not first-rate, but those games are what are choking Atlético. Correa, Carrasco and Marcos Llorente have launched their team. And no one disputes that the man from Madrid is one of the best in LaLiga. Cholo recovers troops: Luis Suárez, João Félix, Lemar … The rojiblanco team rearms for the final stretch and it will be necessary to see who starts against Athletic. The question is whether to keep those who have performed well in the last two games or to start some of those who have already recovered. We will see. The main thing for the Cholo is that he has a wardrobe bottom, all are plugged in, all together in search of the common good. Saúl, Herrera and Lodi seem different. It has cost them but they come out of their particular ordeal. Now they contribute.

Athletic will have Capa and Íñigo Martínez. The Cup finals can take a toll on him in this final stretch, since two games like this involve great physical and emotional wear. Athletic lost in the field, although it gained followers for its excellent behavior in defeat. They are two clubs with style in those struggles. One remembers the Atlético players comforting Muniain after the Basque team lost the Europa League final in May 2012. Respect for the rival in victories and defeats. Longing aside, the game has for Athletic the objective of also showing past feelings. Winning Atlético will make him face the league final with more morale. But he has to get better at the game and get back to being intense.

Last season there were matches in the Bilbao fiefdom. It was the first day after the pandemic and it was the beginning of the reaction of an Atlético that was out of the Champions League. Now the challenge is huge: winning in Bilbao can mean a League. Almost nothing.