Big pandas were saved from extinction 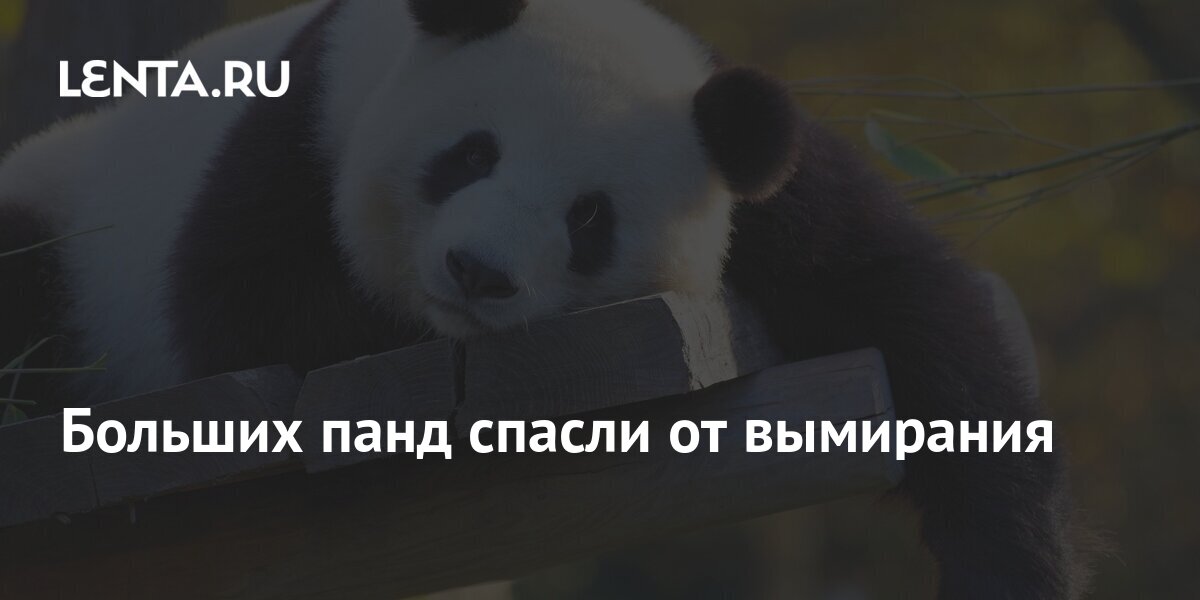 In China, giant pandas have been rescued from extinction and their conservation status has been downgraded from “endangered” to “vulnerable”. The population of these animals has increased: now their number in the wild is 1.8 thousand individuals, writes the Global Times.

According to the World Wildlife Fund (WWF), giant pandas are the rarest representatives of the bear family. Since 1961, this animal has been a WWF symbol. Pandas live in mountainous bamboo forests in central China, and an adult animal eats 12 to 38 kilograms of bamboo per day. The population began to decline due to environmental destruction, deforestation and poaching.

Panda is on the air

They began to actively protect pandas in China in the 1980s: in 1981, the country’s authorities banned the trade in animal skins, in 1988, and the hunt for pandas itself. In 1992, many nature reserves were set up in the country, in which at the moment most of all the giant pandas in the world. Thanks to these measures, the number of animals in the wild grew by 17 percent from 2004 to 2014, but they were still threatened with extinction.

The Chinese authorities also announced improvements in the situation with other rare species of animals. The country has increased populations of the Amur tiger, the North Asian leopard or Amur leopard, the Asian elephant and the crested ibis.

Earlier, the cubs of a rare golden tiger were born in China. In 2014, there were about 30 individuals of this species in the world. There are fewer such animals than pandas.