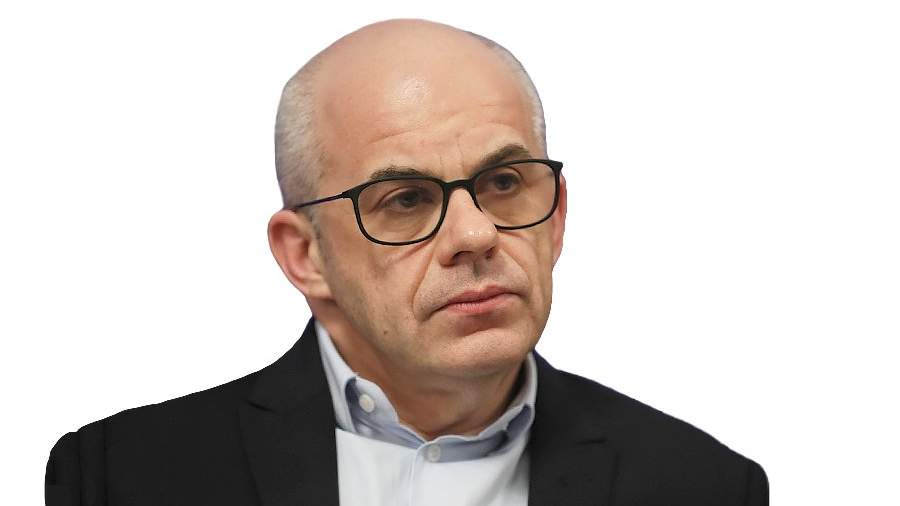 The general director of the Bolshoi Theater of Russia, Vladimir Georgievich Urin, has a birthday on March 19 – he turned 75 years old. I don’t remember how I met him for the first time, but that was a long time ago, 14-15 years ago. Vladimir Georgievich headed the Musical Theater named after K. S. Stanislavsky and Vl. I. Nemirovich-Danchenko, I worked as Deputy General Director at the Bolshoi Theater, and we communicated closely on issues that intersect in our industry.

He found himself in a difficult position when, in July 2013, quite unexpectedly, in my opinion, for himself, he was appointed general director of the Bolshoi Theater. They say that he persistently and for a long time refused, and I believe in it. “To lead the Bolshoi”, of course, could be called a proposal, but it was not a proposal, but an instruction, let’s say it carefully.

The merit of Vladimir Georgievich is that he stabilized and calmed the Bolshoi Theater, because a number of events that took place around it destabilized it. First of all, I mean the attack on Sergei Yuryevich Filin, not so long ago (for an attack with acid on the artistic director of the ballet troupe in December 2013, the leading soloist of the Bolshoi Theater Pavel Dmitrichenko was convicted. – Izvestia). Emotionally, the theater was very excited, and when a team of more than three thousand people is in such tension, it is very difficult.

Vladimir Georgievich knows how to combine things within himself that are generally difficult to combine. He is a very emotional person, but few people manage to cope with an emotional impulse and turn on a rational calculation – and vice versa. Quite often, in front of my eyes, he absolutely correctly chose one or another vector, depending on the situation in which he found himself.

Once in the Bolshoi Theater, where Anatoly Iksanov’s team was, and where the administrative mechanism worked like a well-oiled clock, he appreciated everything that had been done, did not destroy anything, fundamentally change, carry out personnel purges, as they say now. He very delicately, professionally and reasonably fit into the existing system and organically headed it, treating those who worked in the team of Anatoly Gennadievich with exceptional professional respect and dignity.

There was no revolution, no explosion. After all, we perfectly understand what a new leader is. History tells us what difficult situations there were in the case of the new course, especially when it comes to such a huge theater. And Vladimir Georgievich found an absolutely correct model of professional behavior.

See also  Working life The strong increase in the number of infections worries Posti and Valio: "We are now challenged to stay especially at home"

When I say that Vladimir Georgievich calmed the Bolshoi Theater, I also mean the repertoire policy. The plans of the theater, made before his arrival, were calculated for years to come – the repertoire of 2015 was already known and worked out, and he saved and implemented all the developments. This act of his was extremely important for the theater. There was no such thing: “You planned something there, now we will abolish all this and will do our own.” No. Vladimir Georgievich made the transition to the new very elegantly and very professionally. With the preservation of the team and creative plans, he not only demonstrated his approach of continuity and guarantees, he completely provided them.

His current work is certainly very effective, positive and develops the theatre. The big one is huge burden. This is a permanent solution to an infinite number of complex issues – from organizational, administrative, economic to financial and political. Yes, the Bolshoi Theater is also politics, of course. And in all this, I emphasize again, Vladimir Georgievich surprisingly correctly chooses the vector between rational and emotional decisions.

See also  Genoa, Don Farinella's appeal: "In a fight with the banks to help a family, I ended up on the street"

In conditions of continuous turbulence – first pandemic, now geopolitical – it is very difficult to manage the theater, and the Bolshoi is a huge mechanism, an entire city. I would like to wish Vladimir Georgievich patience and strength. If you have enough strength, I hope you will be healthy. He is entrusted with a huge responsibility, and it requires absolutely incredible endurance and wisdom.

Women today – Law against sexist violence in the US, in the hands of Congress