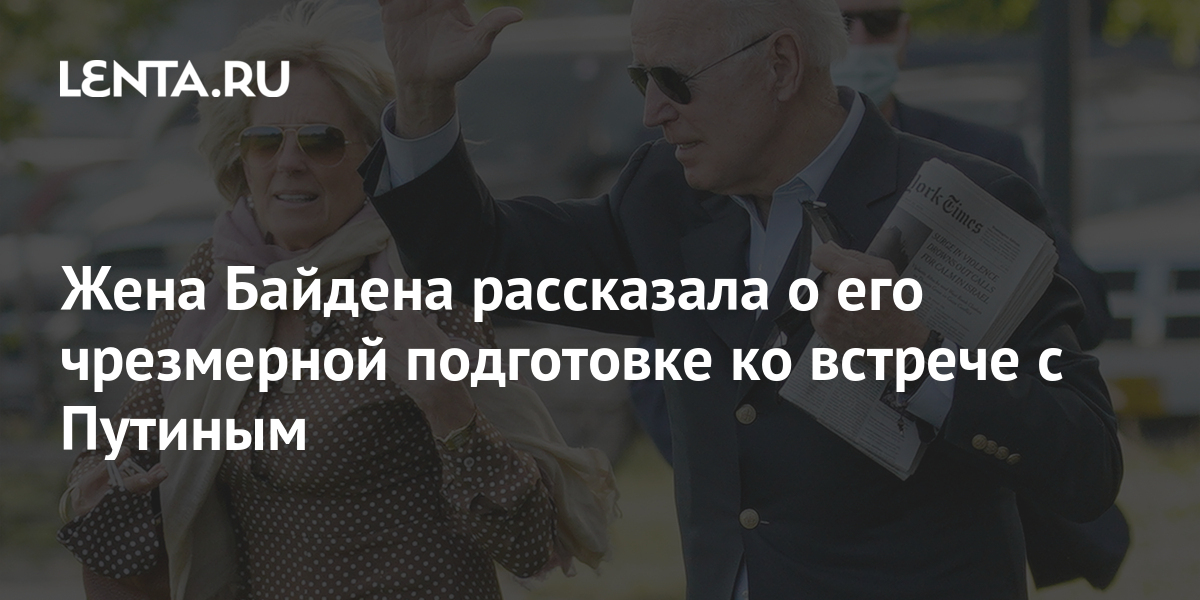 The wife of American President Joe Biden, Jill, spoke about his excessive preparation for a meeting with his Russian counterpart Vladimir Putin. She is quoted by TASS…

After the meeting of the American couple with British Prime Minister Boris Johnson and his wife Carrie in British Cornwall. Journalists asked Jill if her husband was ready for a summit with Putin on June 16.

“Oh my God, he’s overly prepared,” the first lady replied. In addition, she spoke about Biden’s love of foreign policy: he prepares for weeks before summits.

On June 8, White House spokeswoman Jen Psaki said that Biden had “been preparing for a meeting with Putin for 50 years.” In response, a member of the Federation Council, Alexei Pushkov, hoped that experience would allow the American leader “not to try to impose his terms on his colleague.”

The purpose of the visit of the American President to the UK is to discuss the difficulties associated with Brexit. In addition, the conversation of politicians may concern the Belfast agreement between Britain and Ireland. So, Biden fears that leaving the EU may lead to the fact that London will abandon the peace treaty.