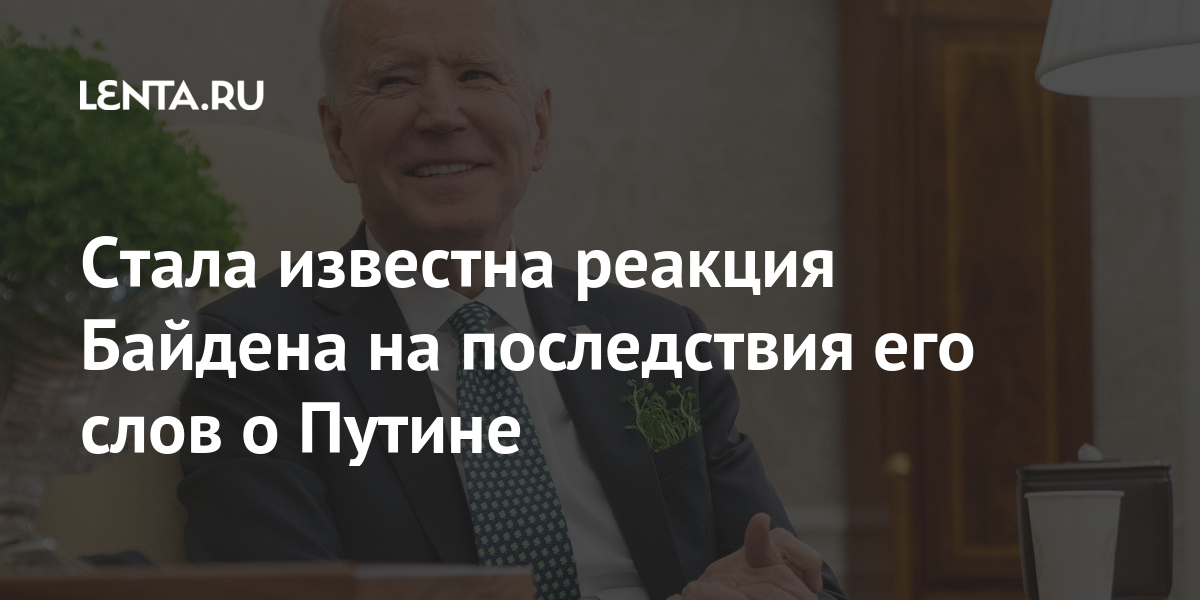 US President Joe Biden has no regrets about the consequences of his words about Russian President Vladimir Putin. The American leader’s reaction became known from the words of his press secretary Jen Psaki, her briefing was broadcast on Youtube-the White House account.

“No, the president gave a direct answer to a direct question,” said Psaki, answering a journalist’s question about whether Biden regrets his harsh remarks about Putin.

However, a White House spokeswoman stressed that diplomacy remains a priority and goal of the United States, even with regard to its opponents. She added that US Ambassador to Russia John Sullivan will remain in Moscow and continue to interact with the Russian side.