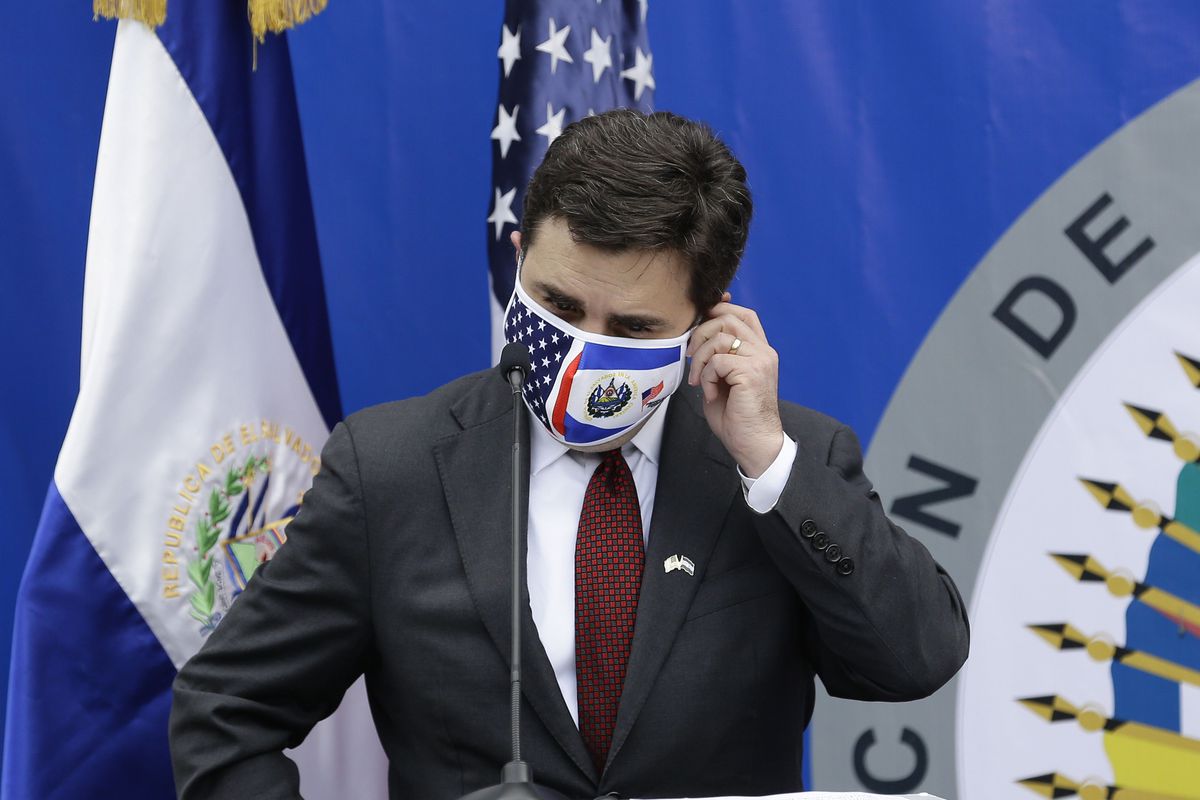 The person commissioned by President Joe Biden to deal with the causes of the migration crisis in the United States, Ricardo Zúñiga, will complete a trip to Guatemala and El Salvador on Thursday without being able to meet with President Nayib Bukele as planned, in what supposes a A new gesture of distancing between the governments of both countries at a time when the number of Central Americans arriving at the southern US border has reached its highest levels in almost two decades.

Zúñiga, who arrived in Guatemala on Monday where he did meet with President Alejandro Giammattei, will return to Washington without Bukele, assiduous in commenting on current events on Twitter, not even referring to that high-level visit on that social network or in any other public forum. “On this trip we asked for an appointment with the president but we never confirmed that meeting,” said Biden’s envoy in a conversation with the media in San Salvador. The official had a meeting on Wednesday with the Salvadoran Foreign Minister, Alexandra Hill Tinoco, “to coordinate efforts to reduce irregular migration and address the causes that generate them,” according to the embassy. The Salvadoran Foreign Ministry did not issue any statement in this regard either.

During his visit, Zúñiga also visited the headquarters of the International Commission against Impunity in El Salvador (CICIES), launched by the Government of Bukele and the Organization of American States (OAS) to investigate cases of corruption and announced a donation of two million dollars. According to the strategy of the Biden government, strengthening the rule of law in the countries of northern Central America is a key requirement to create the conditions that allow Central Americans not to have to migrate.

“The fight against corruption is fundamental in our support for the Central American countries and for the actors that are carrying out this mission in each country,” said Zúñiga in a speech at the headquarters of the organization in which he applauded Bukele’s decision. to allow its conformation. That same morning, however, the Salvadoran president wrote a tweet in which he rejected the call from non-governmental organizations for the Legislative Assembly to pass a law that would grant that mission independence from the Executive.

A new symbol of distancing from the Biden government

Bukele’s rudeness to Zúñiga is the latest distancing gesture between his government and that of Biden, after some US officials have publicly questioned the separation of powers in El Salvador. The last to do so, this Monday, was State Department spokesman Ted Price, who said he hoped the Salvadoran government “would demonstrate its commitment to transparency and accountability.”

Last week, the president confronted on Twitter with the Democratic Congresswoman from California Norma Torres, who has openly criticized the governments of the migrants’ countries of origin and has called Bukele a “narcissistic dictator.” The Salvadoran president responded by asking Latinos in California not to vote for her in the next election, prompting a Condemnation of the Congressional Hispanic Caucus from the United States for considering that he was interfering in the political affairs of a foreign country.

Since his arrival to the presidency of El Salvador in mid-2019, the president made it clear that Washington was his “most important ally” and began a rapprochement with the Government of Donald Trump. The good connection between the two leaders, who shared the love of governing by tweet, was evident in a meeting they had in New York in September 2019. A month later, the US extended the work permits of some 250,000 for a year Salvadorans residing in that country protected by TPS temporary protection status.

Trump said then that he did so in recognition of “the achievements and good work” of Bukele, who had signed an agreement to receive asylum seekers sent by the United States and had pledged to stop immigration. Since his arrival, the Salvadoran leader has managed to considerably reduce the flow of Salvadorans migrating to the north, a trend attributed to the measures he took to prevent the departure of migrants, the arrest of the alleged convocation of caravans and the fall of violence and crime rates.

With the arrival of Biden, the relationship between the two countries has cooled down. The first chapter of that distancing occurred in February when as reported by the AP agency, Bukele traveled to Washington to try to meet with a White House official but they did not want to receive it because the meeting was not scheduled. The Salvadoran president denied the news and charged whoever spread it, but now this rudeness has been interpreted as a way of returning the gesture.

On his trip, in addition to visiting El Salvador, Zúñiga was in Guatemala, where he began meeting with Giammattei and a good part of his cabinet and with members of the judicial bodies and civil society that fight against corruption. Honduras, the country where Biden’s envoy is from and one of the main emitters of undocumented migrants to the United States in recent years, was left out of the visit. Although the State Department has not provided explanations for that decision, it is not surprising that Washington prefers to maintain its distance with Tegucigalpa after President Juan Orlando Hernández was accused by a New York prosecutor of having cooperated with a cartel for the shipment of cocaine to the US

Nicola Porcella on her father’s health: “He’s getting ahead”