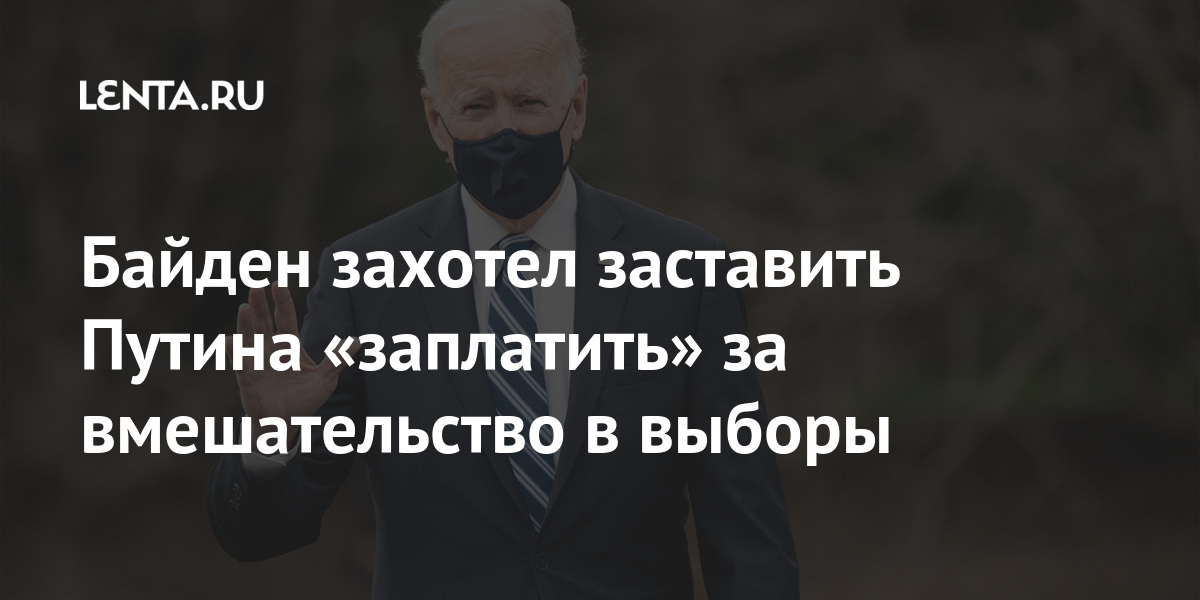 US President Joe Biden wanted to hold the Russian state accountable for alleged interference in the US elections. He stated this in an interview with ABC channel.

The American leader spoke about his conversation with Russian President Vladimir Putin and added that he would “pay” if he was found guilty.

“We had a long conversation with him. I know him well enough. When the conversation began, I said: “I know you, you know me. If I find out that this really happened, be ready,” Biden’s story leads the channel’s website. How exactly Putin and Russia will have to “pay” for the alleged interference, the democrat did not specify.

On March 16, US intelligence released a report accusing Russia and Iran of meddling in the 2020 presidential election. Washington accuses Moscow of trying to support the re-election of ex-President Donald Trump, discredit Biden and “sow discord” in American society. At the same time, Iran also allegedly “made attempts to influence the elections in the United States” and tried to prevent Trump’s victory. In this regard, the United States has already announced sanctions against countries.

Public debt closes January with a new record of 1.31 trillion