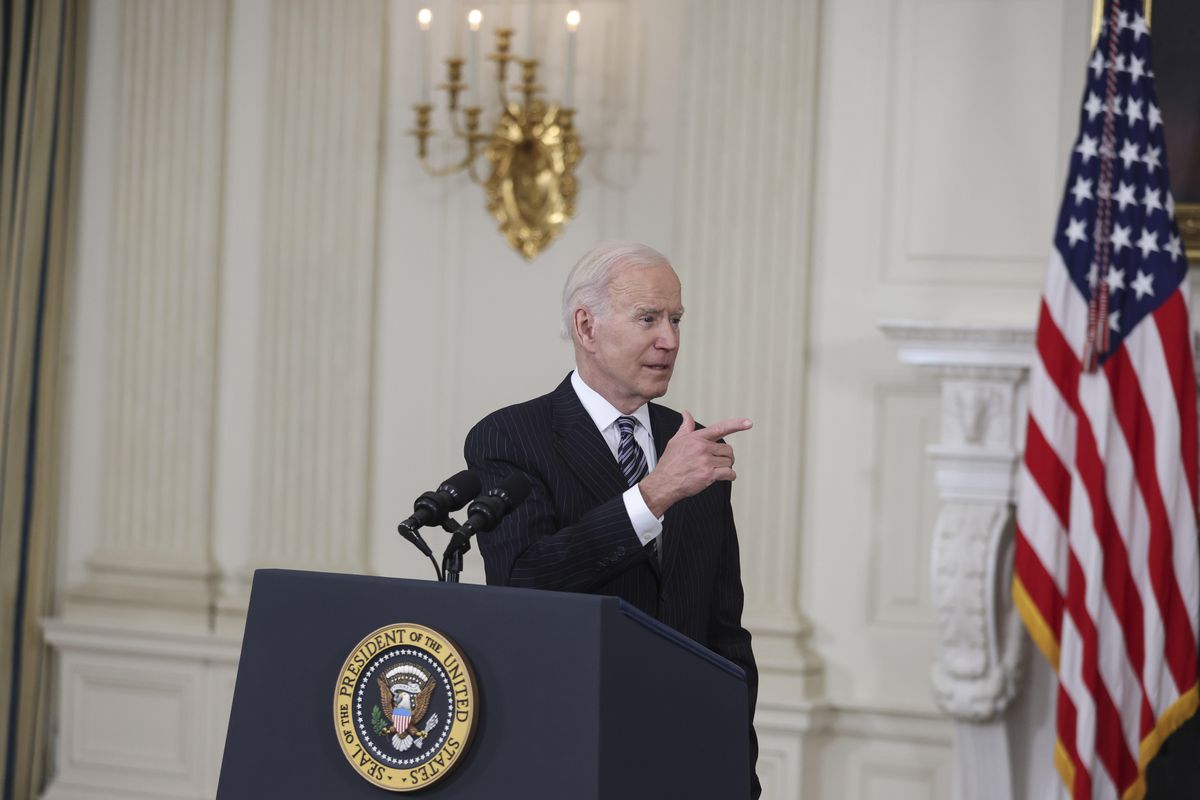 In less than a week, the United States experienced two shootings last month, in Georgia and Colorado, that left about 20 people dead, putting enormous pressure on an Administration that during its election campaign promised to address the control of the weapons of the United States. fire. Thus, and faced with the inactivity of a Congress that cannot agree to legislate on this matter, the president of the United States, Joe Biden, is preparing this Thursday to announce a series of executive measures that seek, in the first place, to stop the proliferation of weapons that are manufactured at home and are known as ghost guns (phantom weapons).

These weapons can be built in just over half an hour with a series of parts that can be purchased separately by the user. Once assembled, it is the same as any other purchased on the market, but the difference is that it is impossible to trace because it does not have a serial number like the ones that are registered. The president is about to order the Department of Justice to present a plan in 30 days to “help stop the increase” of this type of weaponry.

Within 60 days, the president will also order the Department of Justice to also regulate some devices (arm brace) shaped like a washer through which the arm can be inserted and that when attached to the weapon gives them more precision. The perpetrator of the Boulder, Colorado, supermarket shooting, which killed 10 people two weeks ago, used one of these devices in his massacre.

New director of the office for arms control

Another important announcement that the president plans to make this Thursday from the White House rose garden is to appoint David Chipman to head the Office of Alcohol, Tobacco, Firearms and Explosives (ATF, acronym in English), one of the hearings toughest confirmation ballots in the Senate, split 50-50. Chipman is a former ATF agent who in recent years has defended gun regulation from the private sector. This appointment will play a determining role in any executive action taken by the Administration.

Although his confirmation in the Senate can be very hard. Since it was decided that this position had to be ratified by the Senate, the ATF has had directors most of the time pending confirmation. Todd Jones was ratified as director by the Senate in 2013 after many years in office without that title. Since Jones left office in 2015, the next two directors have acted without Senate confirmation.

Biden’s measures come at a time when gun sales have exploded amid the pandemic, during the long summer of unrest over racial tensions and the president’s victory in November 2020, during whose election campaign he promised a direct and aggressive approach to reduce the violence caused by guns. The year 2020 marked a record in homicides with weapons in the United States, according to Administration sources.

The White House will also ask the Department of Justice to establish a model of legislation called a “red flag” for the States, which allows family members or law enforcement agencies to request a court order that temporarily prohibits people with problems from access to firearms if they pose a danger to themselves or others.

In addition to these measures, Biden will declare, according to the White House, an increase in the financing of initiatives aimed at reducing urban violence, providing programs worth 5 billion dollars over the next eight years.

The US economy promised to help until the victorious

Argentina suspends flights from Brazil, Chile and Mexico due to covid-19