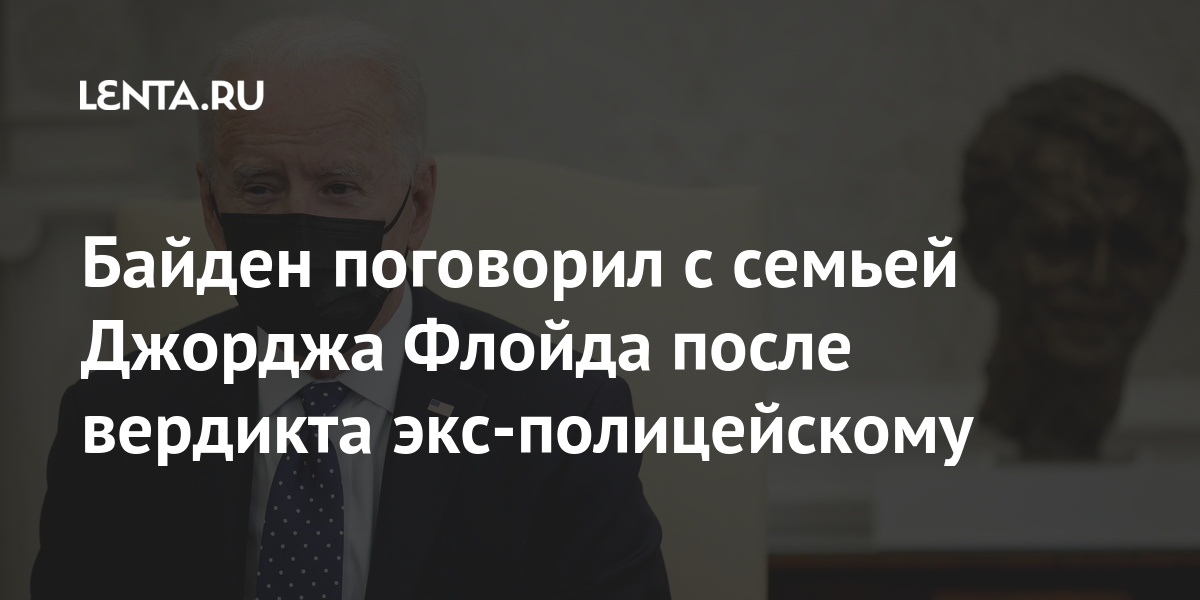 US President Joe Biden spoke to George Floyd’s family following the verdict on former police officer Derek Chauvin, who was found guilty of murdering an African American. It is reported by RIA News with reference to the White House.

Biden, along with Vice President Kamala Harris, spoke with the deceased’s brother. During the conversation, the American leader said that nothing could fix everything, however, at least a fair verdict was passed in this case. Also, the head of state talked with Governor of Minnesota Tim Waltz. It is noted that soon Biden and Harris will make an appeal in connection with the George Floyd case.

Earlier, a jury in a Minneapolis court found former police officer Derek Chauvin guilty of the murder of George Floyd. Chauvin was found guilty on all three counts of murder. The ex-policeman faces up to 40 years in prison. It is expected that his verdict will be announced in eight weeks.

Two centuries of history and literature burned in Cape Town