Biden says Russia and China want US presence in Afghanistan 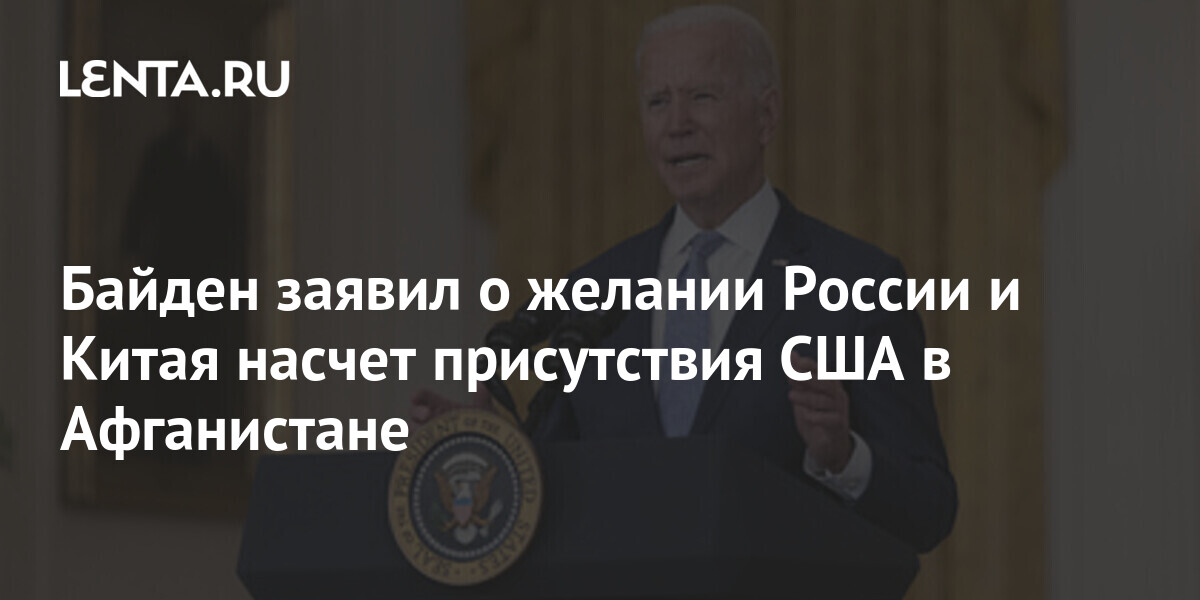 Russia and China counted on a further US presence in Afghanistan and would like Washington to “pump money endlessly” into this country. He made such a statement during a press conference, which is broadcast on the official account of the President of the United States in Twitter…

According to the American leader, Russia and China would like the United States to continue trying to stabilize Afghanistan, spending its resources on it. “Our true strategic rivals – China and Russia – would want nothing more than new injections from the US of millions of dollars and resources in endless attempts to stabilize Afghanistan,” he said.

Biden also said that he did not regret the withdrawal of troops from Afghanistan, since the further presence of US forces in the country would threaten with heavy losses.

15 August militants of the radical Taliban (prohibited in Russia) announced the establishment of control over the entire territory of Afghanistan. Now administration of Afghanistan has been transferred to a temporary council that will hand over power to the Taliban. The new council includes the head of the Supreme Council for National Reconciliation Abdullah Abdullah and former President Hamid Karzai. President Ashraf Ghani left the country.

Shooting at dawn: the brigades that terrorize Cali, the focus of discontent in Colombia