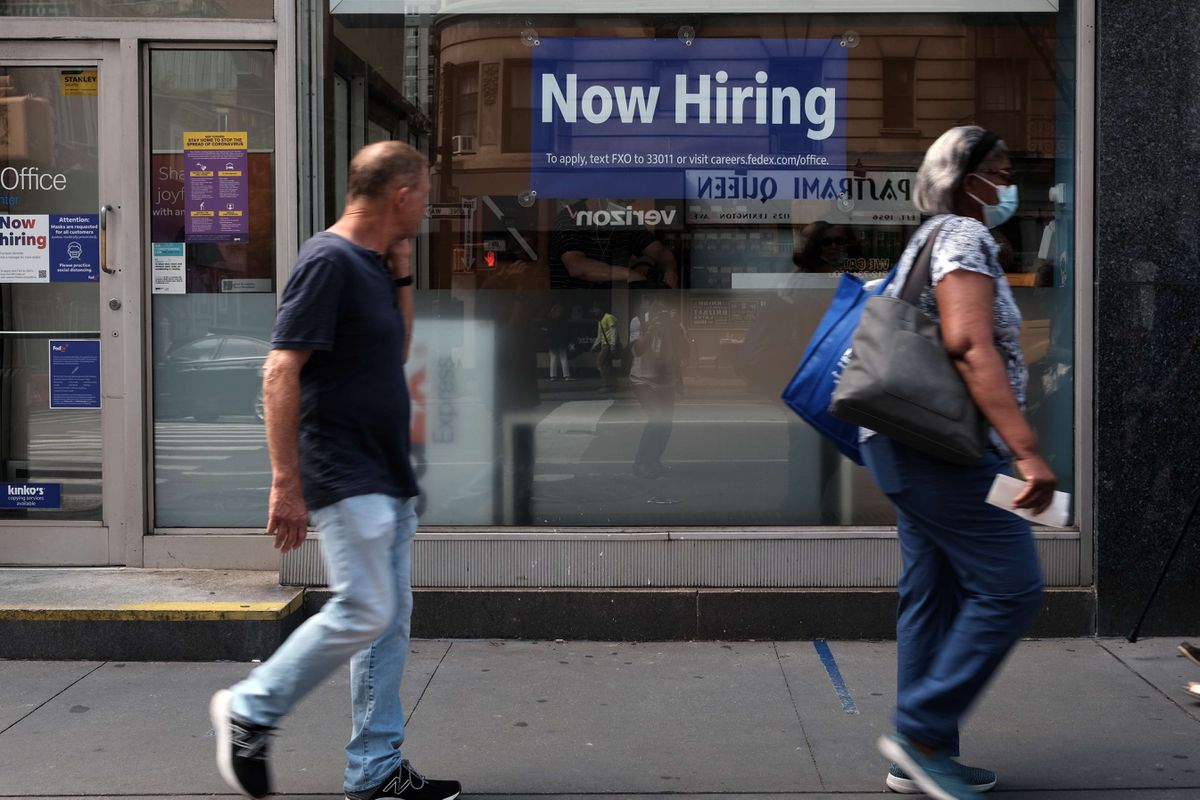 The Joe Biden Administration rules out extending the weekly bonus of $ 300 that reinforced the unemployment benefit and which is scheduled to expire on September 6, thanks to the improvement in the economic situation and, specifically, to the decrease in the rate of unemployment up to 5.4% in July. This extra help was one of the measures contained in the $ 1.9 trillion pandemic rescue plan approved by Congress last March, the first major initiative of the Democratic Administration.

“The temporary reinforcement of $ 300 a week will expire on September 6, as planned. As President Biden has stated, the reinforcement was always proposed as a temporary measure and it is appropriate that this benefit ends, ”said the Secretary of the Treasury, Janet Yellen, and the Secretary of Labor, Marty Walsh, in a letter sent this Thursday to the Committee of Finance of the Senate. Not even the doubts thrown up by the evolution of the pandemic, in the midst of a wave of cases due to the delta variant, have slowed down the Executive given the solid recovery of the US economy.

The Federal Reserve (Fed, central bank) expects the economy to grow this year around 7%, the highest rate since the 1980s, and that unemployment will end the year at around 4.5%, a similar figure as of February 2020, just before the pandemic. Almost ten million workers lost their jobs as a result of the health emergency, of which four million were long-term unemployed, without work for half a year or more, according to Labor data.

The March stimulus plan, called the American Rescue Plan, extended until next Labor Day (the first Monday in September, this year on September 6) the weekly supplement, as well as the pandemic unemployment assistance program for the self-employed. and the so-called pandemic emergency unemployment compensation. As of September 7, approximately 7.5 million unemployed will be unemployed after these programs expire and millions more will receive substantially less per month without the federal supplement of 300.

Doubts about the convenience of extending these aid have resounded these weeks in the White House, and even the spokeswoman, Jen Psaki, assured on August 6 that a final decision had not yet been made on the matter. Any expansion would have required congressional approval and faced more than predictable opposition from Republicans. Hence, the Biden Administration has decided to cancel the programs despite the doubts posed for the recovery by the threat of the delta variant. That is why the two representatives of the Biden Government urge the States to use part of the federal funds approved in the rescue package for state and local entities (350,000 million dollars), to extend this federal aid. Thus, Yellen and Walsh emphasize in the letter, they can provide the inhabitants of these states “a little more time to find a job in areas where unemployment remains high.”

Many US employers had been complaining about the difficulty of hiring staff since the beginning of the year, something that they attributed to the effect of discouraging the job search that the guaranteed collection of the bonus caused among the beneficiaries. Several Republican-ruled states cut aid in early summer because some businesses were struggling to fill vacancies.