Biden retold the conversation with Putin and brought down the ruble 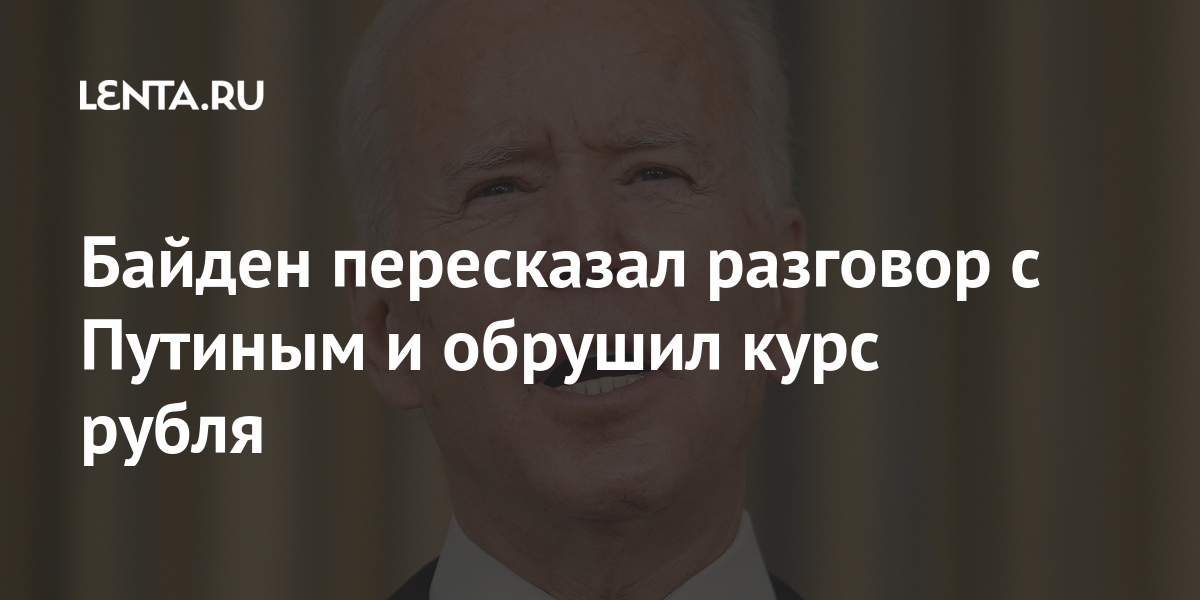 After the airing of the American TV channel ABC, an interview with US President Joe Biden, in which he answered several questions about Russia and Russian leader Vladimir Putin, the ruble collapsed against the dollar and the euro, testify data Mosbirzhi.

The head of the White House explained that he had talked with Putin for a long time and warned him about the inevitability of punishment for the crimes committed as soon as they were proved. “I know you, you know me. If I find out that this really happened – be ready, ”he recounted part of the dialogue.

Earlier, the US Office of National Intelligence published a report that speaks of Russia’s attempts to denigrate Biden’s candidacy in the presidential election and aggravate socio-political divisions. At the same time, the document assumes that Putin personally gave permission to the Russian state structures for these operations.

Similar charges have also been brought against Iran, although the latter, according to intelligence, sought to interfere with Donald Trump’s second term. Sanctions for such actions will be imposed shortly.

Hockey The league’s sports executive told HIFK’s live studio about the playoff game: “The green light has come from the clubs”