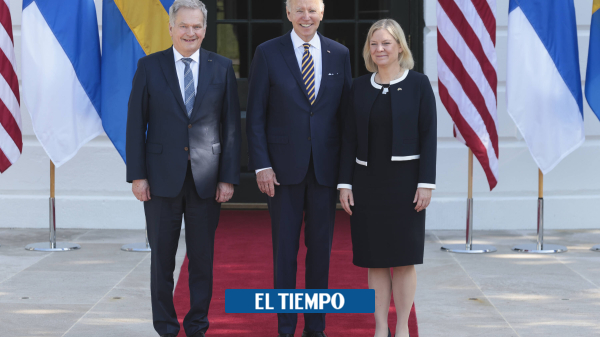 american leader Joe Biden received this Thursday the Swedish Prime Minister, Magdalena Andersson, and the Finnish President, Sauli Niinistö, to show once again their support for the accession of both countries to NATO.

The US president received the two European leaders at the White House with great pomp. After posing for photos, the three headed to the Oval Office. The leaders are expected to speak to the press later.

(You may be interested: Why does Turkey complicate the accession of Sweden and Finland to NATO?)

Shaken by the Russian invasion of Ukraine, Stockholm and Helsinki have chosen to request the military protection of other European countries and especially the United States.

In Washington, the green light from Congress should be a formality, since there is no disagreement between the political class in this case.

But Turkey threatens to veto these accessions. The Biden administration assures that this obstacle will be removed thanks mainly to US mediation efforts.

(Also: Sweden and Finland: these are the countries that support NATO entry)

Washington has reported that Sweden and Finland already benefit from US military protection, without giving exact details.

“While their NATO applications are being reviewed, The United States will work with Finland and Sweden to remain vigilant for any threat to our common security.and to deter and respond to any aggression or threat of aggression,” Biden said Wednesday.

For his part, NATO Secretary General Jens Stoltenberg said Thursday that the military alliance will address the “concerns” expressed by Turkey to object to the accession of Sweden and Finland.

“Of course, we will respond to the concerns expressed by Turkey” in order to reach “an agreement to move forward,” Stoltenberg told a conference in Copenhagen.

See also  Fourth number on the losses of the Russian army in Ukraine.. What is the story of the great controversy?

(Keep reading: Finland and Sweden in NATO: what does it mean for war?)

The two Nordic countries raised their candidacies for NATO, breaking with traditions of non-military alignment, after the Russian invasion of Ukraine at the end of February.

The Turkish president, Recep Tayyip Erdogan, reaffirmed this Thursday his opposition to the candidatures for NATO of Sweden and Finland, considering that those two countries are sanctuaries for Kurdish “terrorist” organizations.

“We are determined to stand by our position, we have informed our friends and we will say ‘no’ to Finland and Sweden, which want to join NATO, and we will persist in this policy,” Erdogan told a youth assembly in Istanbul.

Sweden and Finland “are the countries that harbor terrorists, the PKK and the YPG,” he stressed, referring to the Kurdistan Workers’ Party (PKK) and its Iraqi Kurdish allies from the People’s Protection Units (YPG).

See also  The best cities in the world, according to 'The Telegraph Travel'

Turkey, the United States and the European Union consider the PKK a terrorist organization.

Instead, the YPG fought against the jihadists of the Islamic State (IS) group together with the US military, among others.

“We are very concerned about those two countries, especially Sweden, which is a focus of terror, a nest of terrorists,” he insisted.

Russia assures that it is ready to resume negotiations with Ukraine

The European plan to disassociate from Russia with energy transition 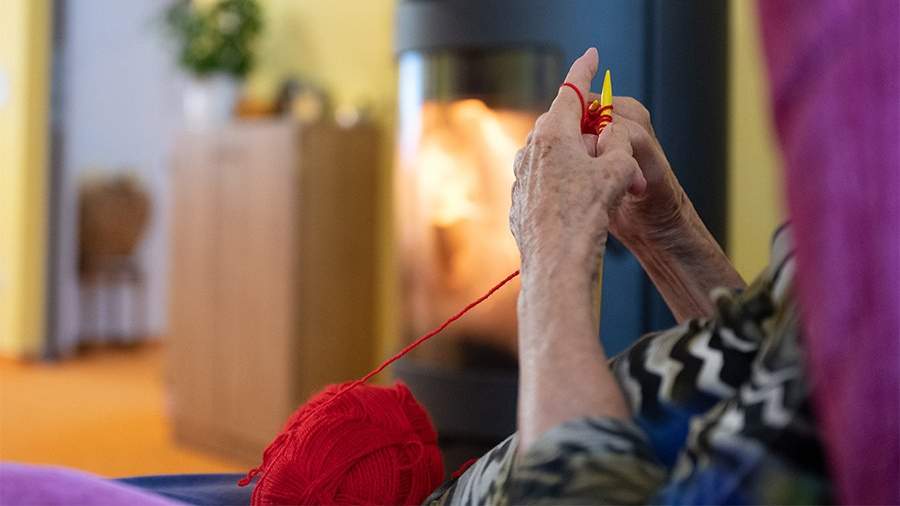 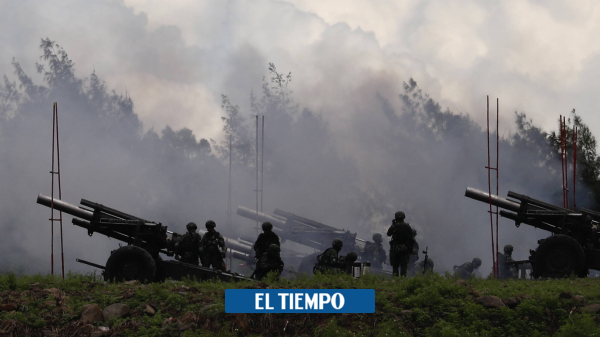