Biden: “No more sacrificing US soldiers for Afghanistan” – Video

“It is wrong to ask American soldiers to fight a civil war that the Afghan military does not want to fight. How many more lives, American lives, should we sacrifice? I’ll be clear in my answer, I won’t repeat the mistakes of the past: staying and fighting indefinitely will not it is in the national interest of the United States. ” Joe Biden, president of the United States, from the White House takes the floor on Afghanistan, now controlled by the Taliban. Biden believes that the decision to withdraw troops from the Asian country is correct. “Our mission in Afghanistan has never aimed at building a nation. We were not meant to create a centralized and united democracy. Our only interest remains what it has always been: to avoid a terrorist attack on American soil. We went to Afghanistan almost. 20 years ago with clear objectives: to hit those who attacked us on September 11, 2001 and make sure that al Qaeda did not use Afghanistan as a base. We did it. We never stopped hunting Bin Laden and we killed him, ten years, “he adds.

“When I took office, I inherited the deal negotiated by President Trump with the Taliban: American forces were supposed to leave Afghanistan on May 1, 2021, 3 months after my inauguration. American forces had already been reduced during the Trump administration. The choice I had to make as president was to respect the agreement or prepare to fight the Taliban: there would be no ceasefire after May 1st, there would be no agreement to protect our military after May 1, no stability without American casualties after May 1. It was about respecting the agreement and escalating the conflict, sending thousands of Americans to Afghanistan for a war that would enter the third decade “, adds the president of the United States.

“I absolutely do not change my mind about my decision. After 20 years, I have learned that it is never the right time to withdraw American soldiers,” he says before pointing the finger at “the political leaders of Afghanistan” who “have left the country. country. The Afghan army has collapsed. American soldiers cannot and must not fight and die in a war that the Afghan forces do not want to fight. We have spent over a trillion dollars training and arming the incredibly well-equipped Afghan forces and more. many of the armies of many of our NATO allies: we have given them every tool, we have paid their salaries, we have guaranteed the effectiveness of their air force, something that the Taliban do not have. We have not been able to give them the will to fight for their future “says Biden.

Then, the message to the Taliban: “We will defend our people with devastating force, if necessary,” Biden says, ensuring that Washington will respond in a “fast and powerful” way if the Taliban attacks American citizens or tries to interrupt the airlift from the airport. of Kabul. 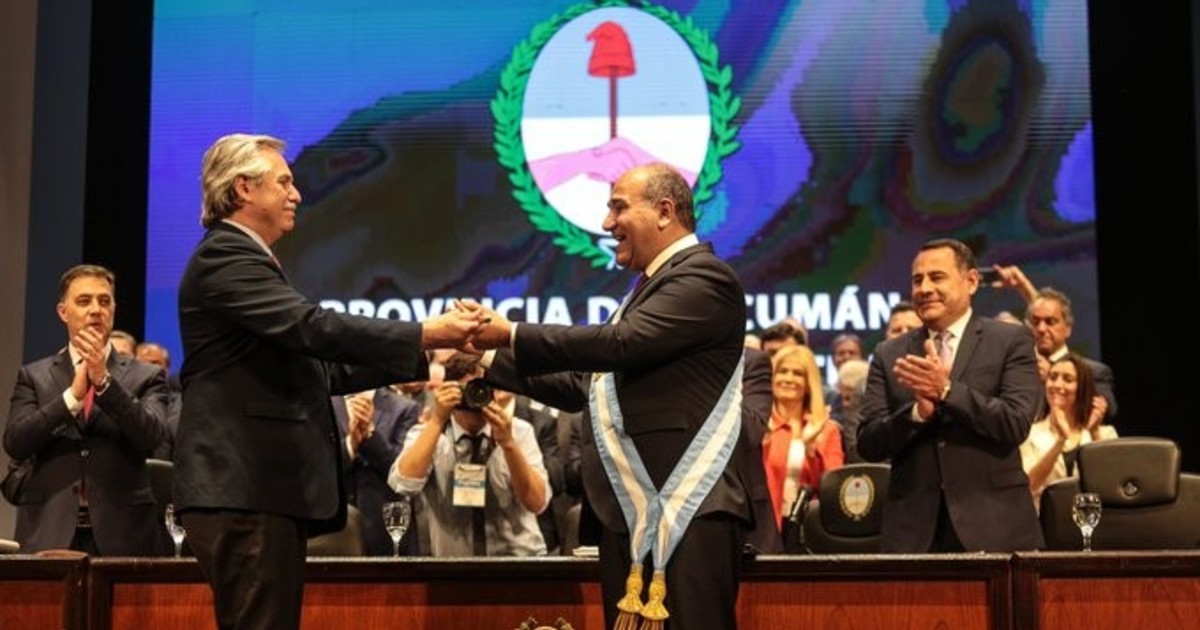 Juan Manzur made the leap to the Nation: what is going to happen now in Tucumán with the succession of power?