Biden keeps his promise to Putin to fight cybercriminals

American leader Joe Biden said that he had fulfilled his promise to Russian President Vladimir Putin to bring cybercriminals to justice. It is reported by RIA News…

When I met with President Putin in June, I made it clear that the United States would take action to bring cybercriminals to justice. We did it today

President of the U.S.A

Biden added that Washington is using the full power of the federal government to thwart malicious cyber activity and criminals and strengthen defenses in the United States. He stressed that the United States plans to combat the abuse of virtual currency for ransom money laundering.

According to the President of the United States, the country is using international cooperation in order to “destroy the ecosystem of extortion and fight the havens of criminals who use ransomware.”

Colonial Pipeline, the largest fuel pipeline operator in the United States, reported in May that it had been attacked by a ransomware virus. CNN journalists were convinced that a group of Russian hackers and their DarkSide community were behind the cyber attack. The channel stressed that due to the cyberattack, the pipeline, which provides fuel for 45 percent of the population of the US East Coast, was suspended.

At the same time, Joe Biden stressed that Russia is not behind what happened. However, the head of the White House said that the cybercriminals who perpetrated the attack “are on Russian territory.”

On May 15, the hacker group DarkSide announced its self-dissolution. According to the American edition of The Wall Street Journal, the members of the association made this decision due to the fact that they are increasingly being pressured by law enforcement agencies and Washington.

In May, Tom Burt, VP of User Security for Microsoft, spoke about new hacker attacks against a number of research, consulting and non-profit organizations, as well as government agencies in the United States. He argued that the “Nobelium group from Russia” could be behind the attack.

In July, US Secretary of State Anthony Blinken promised to punish hackers on Russian soil if Moscow does not do it. According to him, in the course of interaction with the Russian side, Washington gave a clear signal that countries that harbor cybercriminals are responsible for taking appropriate measures.

Blinken also spoke about the horrors of “technological authoritarianism” in Russia and China. According to him, in these countries in IT-spheres do “wrong” and “dangerous”.

In October, CNN, citing experts in the field of cybersecurity, reported that a group of hackers, allegedly based on the territory of Russia, has made attempts in recent months to hack government networks in the United States and several European countries. We are talking about hackers who allegedly carried out cyberattacks on American government structures last year, as well as an attack using SolarWinds software, in which the United States accuses Russia and Moscow denies its involvement.

In November, the United States filed charges against Russian Yevgeny Polyanin in a cyber extortion case worth up to $ 13 million.

So far, the REvil ransomware program has been used on approximately 175,000 computers worldwide, and at least $ 200 million in ransom has been paid.

Head of the United States Department of Justice

After that, FBI Director Christopher Ray warned the hackers, who are allegedly hiding in Russia from the US authorities, about the “long arm of the law.”

Russia has been repeatedly accused of interfering in the 2016 US elections. American journalists and officials claimed that “Russian hackers” had stolen Democratic correspondence and published it on the Internet, and also tried to infiltrate the electronic counting system. In addition, Putin was accused of personally convincing former US President Donald Trump that Ukraine interfered in the American elections.

How did a 55-year-old Russian woman from Rostov-on-Don hide under the guise of a dangerous international hacker?

In April 2019, US Special Attorney Mueller published a report on Moscow’s interference in the 2016 presidential election, which Trump won. It says that the Russian side did interfere in the American electoral process, but at the same time, the existing suspicions about the connection between the Russian side and Trump could not be confirmed. Later, a federal court in Washington ruled that the connection of the “troll factory” with the Kremlin was also not proven.

In September 2020, it was reported that hackers, allegedly acting on behalf of Russia, attempted to undermine Joe Biden’s campaign during the elections. It was noted that the victims of the hack were employees of the firm SKDKnickerbocker, leading the strategy and communications of Biden’s headquarters, as well as serving other prominent Democrats.

Russian Senator Alexei Pushkov said that Washington is the main participant in the quiet “cold war” in cyberspace in different countries.

As the British Financial Times wrote, “American officials and experts admit that American spy agencies – in particular the NSA – are constantly engaged in the very activity of carrying out hacker attacks on foreign governments, about which they express their outrage in Washington.” … And that’s it

Member of the Federation Council

Press Secretary of the Russian President Dmitry Peskov, in turn, stressed that Moscow is determined to continue contacts with Washington on cybersecurity issues. He stressed that the closed negotiation regime contributes to the achievement of results in the Russian-American consultation.

In October, Russia and the United States submitted a joint resolution on cybersecurity to the UN General Assembly. The document deals not only with the process of implementing voluntary rules for responsible behavior, but also with the possible introduction of certain mandatory rules in the future. 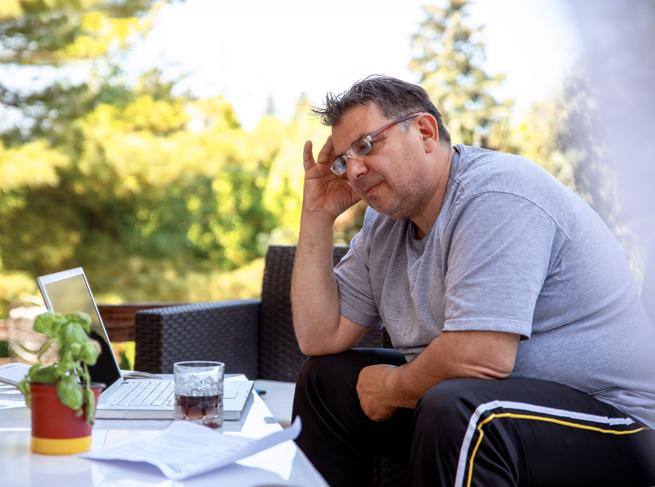 US: Robinhood announces system hack left millions of data exposed - THIS IS MONEY

Millionaires must pay a heavy fine to Conmebol