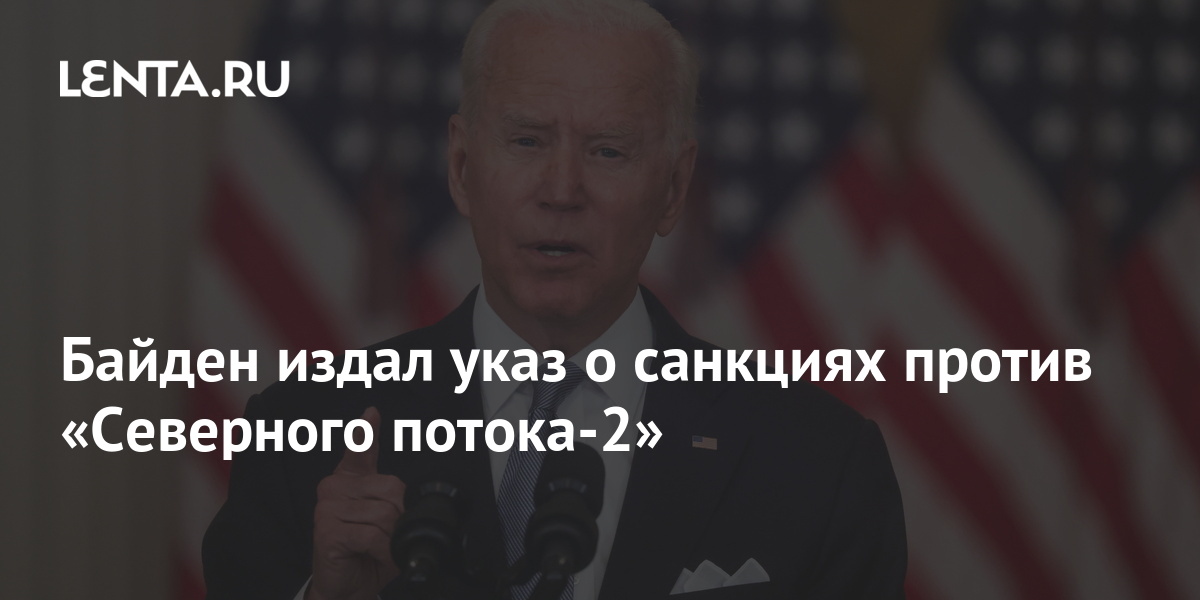 US President Joe Biden issued a decree that will allow the introduction of sanctions in connection with “certain energy projects” of the Russian state, in particular, this concerns the Nord Stream 2 gas pipeline. About it reported on the White House website.

The statement says that the decree of the head of state is aimed at strengthening the energy security of Europe.

Earlier, Russian President Vladimir Putin and German Chancellor Angela Merkel discussed agreements on Nord Stream 2 at a meeting in the Kremlin. The German leader reminded Putin that this project concerns not only Russia and Germany, but also other European countries.

Berlin and Washington signed an agreement on the Russian gas pipeline: under this agreement, Germany commits itself to ensure the preservation of gas transit through Ukraine.

The Taliban, launched into a campaign of public relations and seduction in Afghanistan

Madero seniors will receive your support aged 65 and over