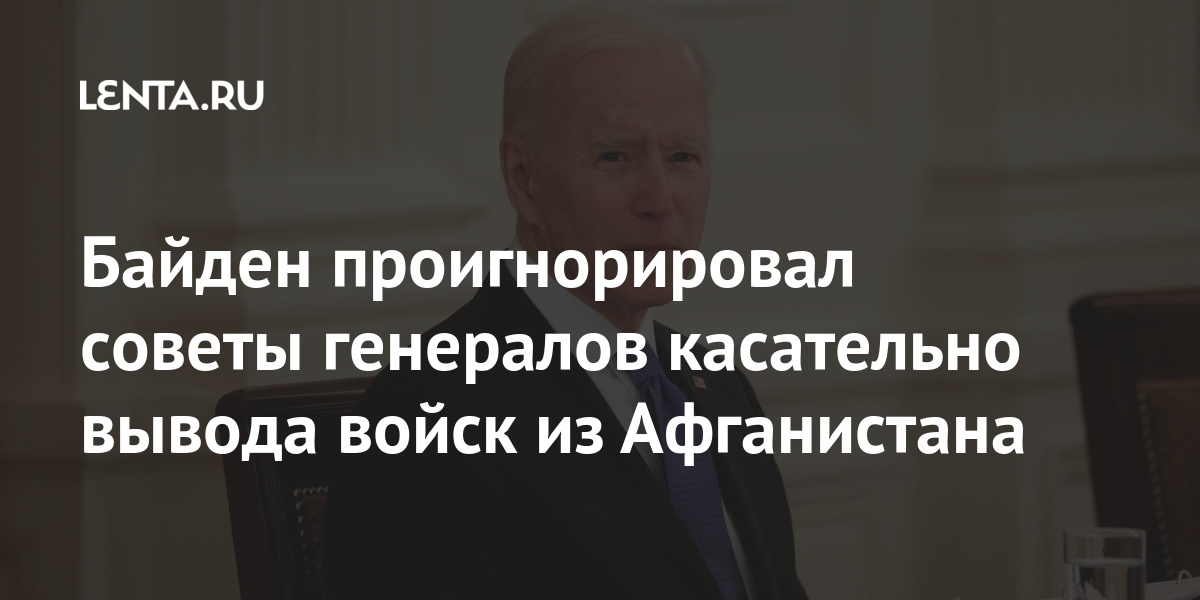 US President Joe Biden ignored the advice of American generals regarding the withdrawal of troops from Afghanistan. This became known to The Wall Street Journal from sources.

According to the interlocutors of the publication, the high military command feared that the withdrawal of American troops could undermine security in the country. In particular, General Mark Milli, Chairman of the US Chiefs of Staff, General Kenneth Mackenzie, Head of the US Central Command, and Lieutenant General Scott Miller, Commander of US and NATO Forces in Afghanistan, advised to leave troops in Afghanistan.

In addition, the head of the Pentagon, Lloyd Austin, warned Biden that after the withdrawal of US troops in the country, support for the already fragile stability in the country would actually cease. According to sources, the American head listened to the military, but made the opposite decision.

On April 14, Joe Biden confirmed the withdrawal of American troops from Afghanistan from May 1 to September 11. A similar decision was made by the NATO countries and the UK.

"Al-Basma 12" ends the Barcelona fast with the 31st title

Mass Effect: Legendary Edition has an option for those original, terrible Mako controls