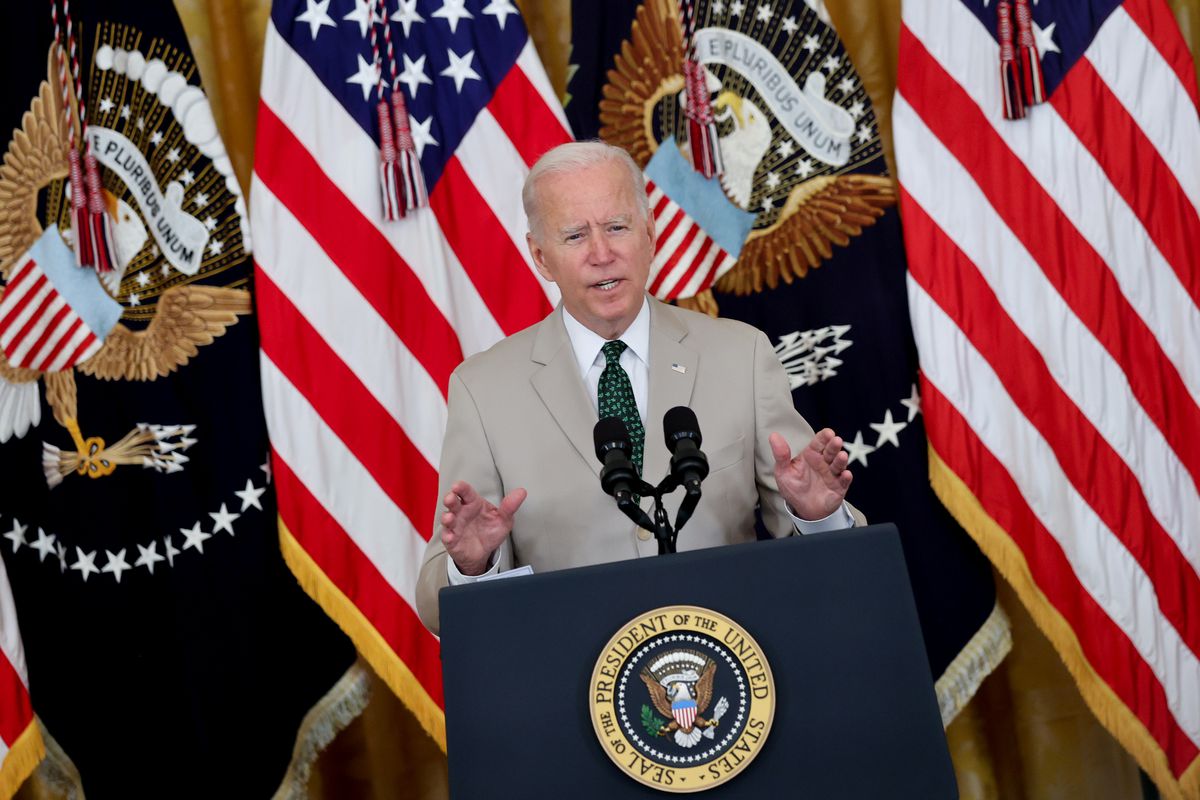 The United States Senate on Tuesday approved the largest infrastructure reconstruction and modernization plan in more than 70 years, one of the pillars of President Joe Biden’s economic program. The one trillion dollar (851 million euros) package has gone ahead with the full support of Democrats, but also with significant support from Republicans, which is a great legislative achievement for the president. The vote has been 69 in favor and 30 against, in a Senate that is split in half. The ambitious project, which during the negotiations sacrificed investment in social programs and the fight against climate change, aims to create millions of jobs, strengthen the American middle class and counteract China’s advance in the global economy.

Baptized as the American Employment Plan, the program includes new investments in infrastructure for 579,000 million dollars. Some 312 billion will be allocated to the repair of roads and bridges, and the replacement of part of the fleet of conventional school buses with electric ones. Another section contemplates the arrangement of pipes contaminated by lead; extend access to broadband internet and improve the electricity grid. The percentage of public investment in infrastructure in the United States is starving compared to what it was in the middle of the last century. In the sixties 2.7% of GDP was invested and now only 0.7%, while China spends three times more.

The bipartisan package is planned to be financed by reusing funds such as budgets not yet allocated to deal with the pandemic, spending cuts and revenue streams. An analysis by the Congressional Budget Office concluded over the weekend that the legislation would increase deficits by about $ 256 billion over the next decade. The great resentment of the Republicans during the extensive negotiations. The Republican minority leader, Mitch McConnell, Washington’s most powerful conservative, was one of the senators who voted in favor. Now the bill goes to the House of Representatives, which resumes its sessions in September, after a summer recess.

Biden’s original plan proposal was $ 2.25 trillion. Democrats had to give up the social part of the package during weeks of negotiations to win Republican support. Now the liberal caucus is going to push the Senate for approval of its $ 3.5 trillion budget plan, which includes the “human infrastructure” package. This means significantly expanding social security, boosting spending on child care and the elderly (Medicare), immigration, education, climate change and other social policies that would be paid for with higher taxes on the wealthiest and large corporations. The discussion on this package is expected to be much more partisan and only have the votes of Democrats, but it could still pass.

The fierce negotiations to carry out the infrastructure plan were led by officials from the White House and a key group of 10 Republican and Democratic senators. This weekend, when it was imminent that they had reached an agreement on the most relevant aspects of the program, former President Donald Trump published a statement threatening his party colleagues to vote in favor.

“Biden’s infrastructure bill will be used against the Republican Party in the next elections in 2022 and 2024. It will be very difficult for me to endorse someone fool enough to vote for it.” In November of next year are the legislative elections and the control of the Capitol, which is currently in the hands of the Democrats, returns to submit to the polls.

Warm, different bed and strange noises: this is how your child sleeps well on holiday | Family