Biden explains his decision to withdraw troops from Afghanistan 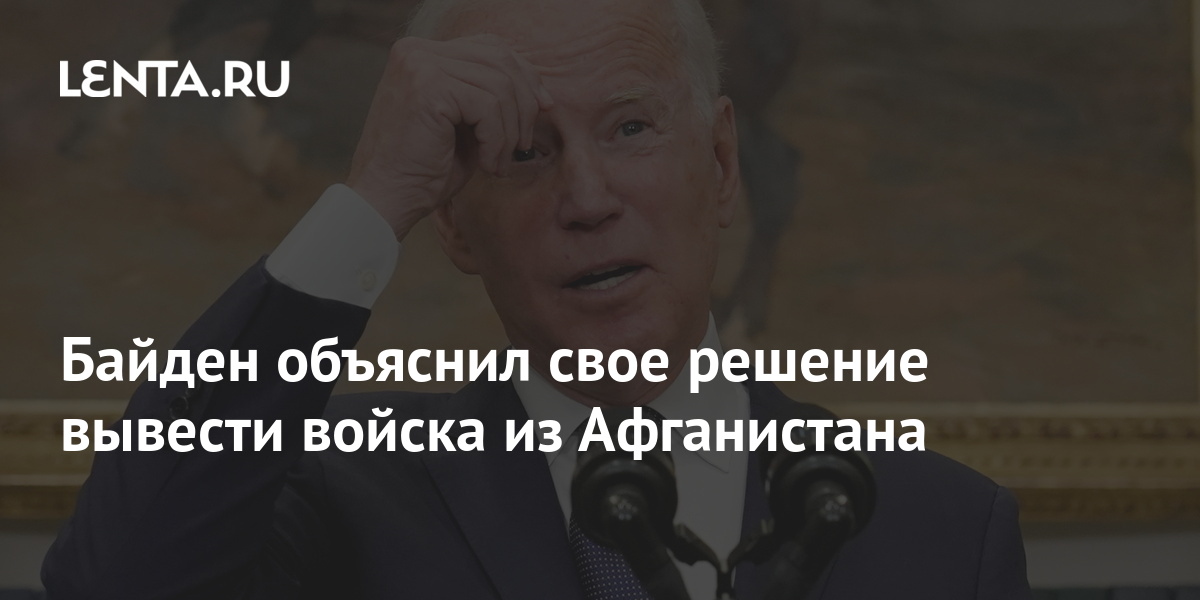 US President Joe Biden believes he made the right decision on Afghanistan. It is reported by RIA News…

“My job is to make judgments that no one else can or will not. I did it, I am convinced that I am absolutely right in not deciding to send more young men and women to the war, ”the American leader explained during his speech at the White House.

Biden also noted that the withdrawal of troops from Afghanistan will go down in history as a logical, rational and correct decision. In his opinion, countries such as Russia and China would only welcome a situation in which the United States would continue the war in Afghanistan. “They would not want anything more than that we stay stuck there, fully occupied with what is happening there,” he said.

Earlier in August, a US Army veteran who fought in Afghanistan called US President Biden’s decision to evacuate a shame. According to the military, by his actions in Kabul, the head of state gave a strategic victory to anti-Western radicals.

In May, Biden announced that US troops, along with NATO forces, would begin the final evacuation from Afghanistan. On July 8, he said that the American army would withdraw from Afghan territory by August 31. On August 15, the Taliban took Kabul and declared their victory over the Afghan government in the struggle for power in the country.