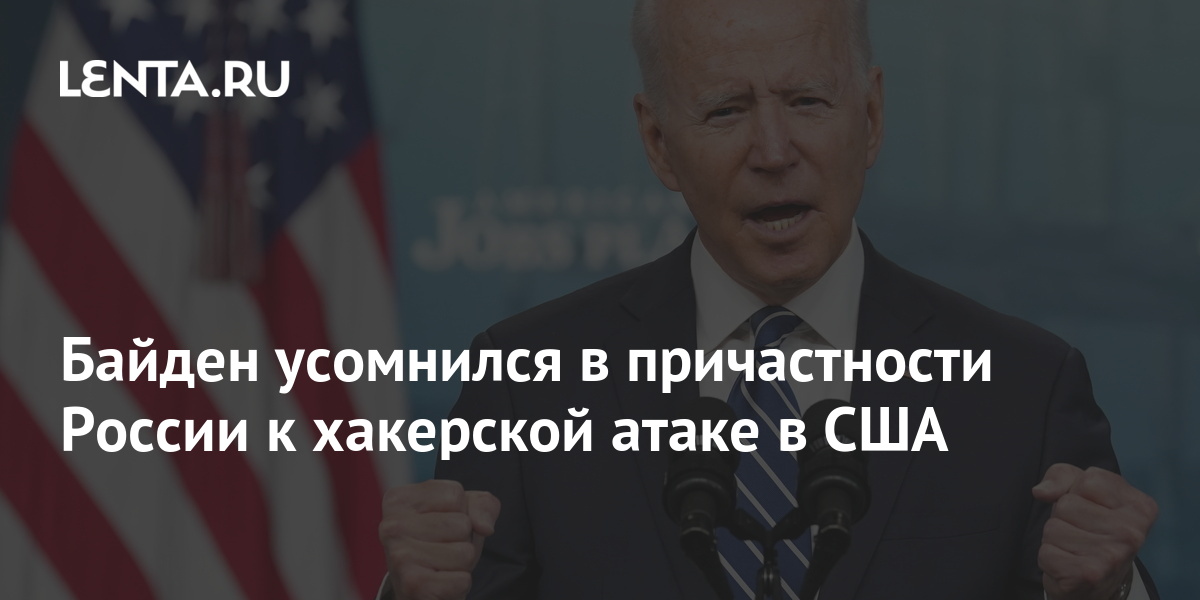 Biden stressed that initially the United States did not suspect Russia of the hacker attack, but there is no complete certainty about this. The American president threatened to retaliate against Russia if it turns out that it was she who carried out the cyberattack.

We are talking about cyberattacks against an international software company Kaseya. It is noted that about 200 companies have suffered from the hacker group. The cyberattack affected at least six companies that provide remote Internet services to Huntress Labs. Presumably, these organizations were temporarily blocked. The extortionists demanded a ransom in the amount of 45 thousand dollars.

Earlier, the Russian Embassy in the United States denied Russia’s involvement in the hacker attacks mentioned in the report of the American National Security Agency (NSA). This refers to the alleged involvement of Russian government agencies in attacks on “government and private facilities in the United States and beyond.” The diplomats recalled that the fight against cybercrime is a priority for Russia and an integral part of its state policy to counter all forms of crime.