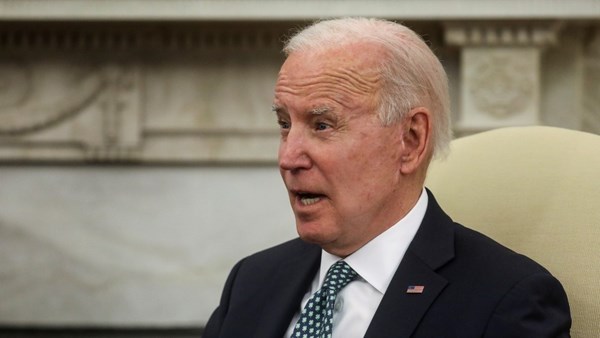 US President Joe Biden charged his Russian counterpart, Vladimir Putin, today, Wednesday, threatening that he would “pay for” his actions.
When the broadcaster, George Stephanopoulos, of the American “ABC” television, asked a direct question to Biden, during an interview, whether he considered the Russian president a “murderer”, the US president replied, “Yes, I think so.”
Biden added, “You will soon see the price he will pay.”
In response to this accusation, Russia announced today, Wednesday, that it has summoned its ambassador to the United States for consultations, stressing at the same time that the step aims to avoid an “irreversible deterioration” in relations with Washington.
A Russian Foreign Ministry statement said that Moscow had summoned Ambassador Anatoly Antonov “to consult in order to analyze what should be done and the purpose of relations with the United States.”
The head of the Russian “State Duma” (parliament), Vyacheslav Volodin, wrote on his Telegram account: “This is hysteria caused by impotence.”
“Putin is our president, and any attack on him is an attack on our country,” he added, explaining, “With his statements, Biden insulted the citizens of our country.”
Regarding a possible Russian interference announced by the US authorities in the 2020 elections, Biden said, “Vladimir Putin will pay the price for it.”
Referring to their first call, Biden said, “We chatted for a long time together and I know him well.”
He continued, “At the beginning of the conversation, I told him: I know you and you know me. And if you come to the conclusion that you did, be prepared »for the consequences.
He affirmed that he would like to “work” with the Russians “when it is in our common interest,” similar to extending the “New Start” nuclear disarmament agreement that was decided shortly after he came to power.
On Wednesday, Russia condemned its accusation of interfering in the US elections.
Kremlin spokesman Dmitry Peskov told reporters that this report was “wrong, baseless and lacking evidence.”
He stressed that “Russia did not interfere in the previous elections” in 2016 that led to the victory of Donald Trump and “did not interfere in the 2020 elections” that Joe Biden won.
He added that this report “is an excuse to once again include the issue of imposing new sanctions on Russia on the agenda.”