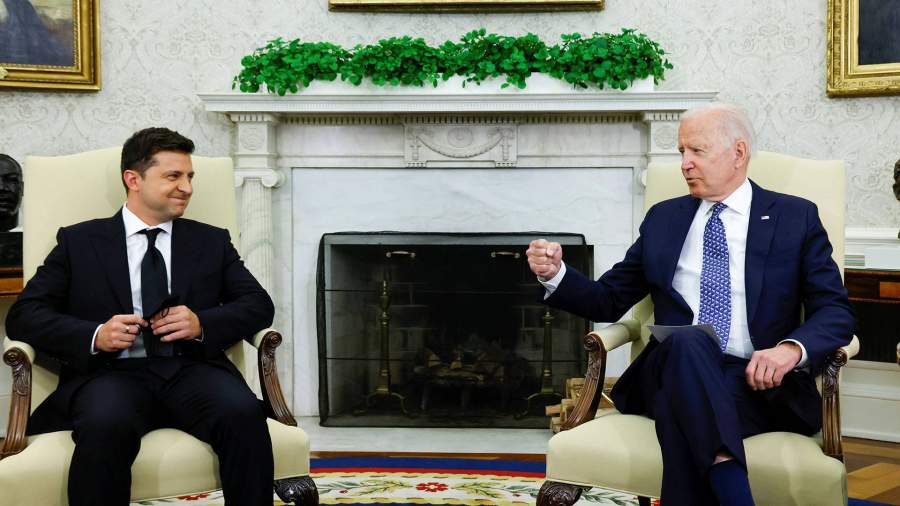 US President Joe Biden in talks with Ukrainian leader Volodymyr Zelensky said that he would like to visit Ukraine again. On Wednesday, September 1, reports TASS with reference to the press service of the White House.

It is noted that Biden last visited Ukraine in 2017 as Vice President of the United States during the reign of Barack Obama.

“I still remember that opportunity to speak in the parliament I hope that one day I can come back and see you,” Biden said.

The meeting between the presidents of the United States and Ukraine is taking place on September 1 at the White House in Washington. Negotiations were postponed from August 31 in connection with the withdrawal of United States troops from Afghanistan.

During the meeting, Biden also declared the United States’ commitment to Ukraine’s sovereignty against the backdrop of a threat allegedly emanating from Russia. He added that the United States supports Ukraine’s aspirations to join NATO.

Earlier that day, former Foreign Minister of Ukraine Pavel Klimkin said that the main intrigue of Zelensky’s visit to the United States is his conversation with the American leader. The President of the United States wants to understand if Zelenskiy has a strategy and the will to move according to it, Klimkin added.

Also on Wednesday, the president of the American University in Moscow, Eduard Lozansky, told Izvestia that Zelensky needed a meeting of the two presidents to a large extent, and the head of the White House could not refuse it because of the desire of the existing lobby in the States to use Kiev against Moscow.

As noted in the White House, the meeting confirms “the unwavering support of the United States for the sovereignty and territorial integrity of Ukraine in the face of the ongoing Russian aggression in the Donbass and Crimea.” The meeting will also discuss cooperation in the field of energy and reform in Ukraine.

On August 31, it was reported that the United States intends to promote Ukraine’s integration into the European Union, including through modernization and the creation of an energy infrastructure.