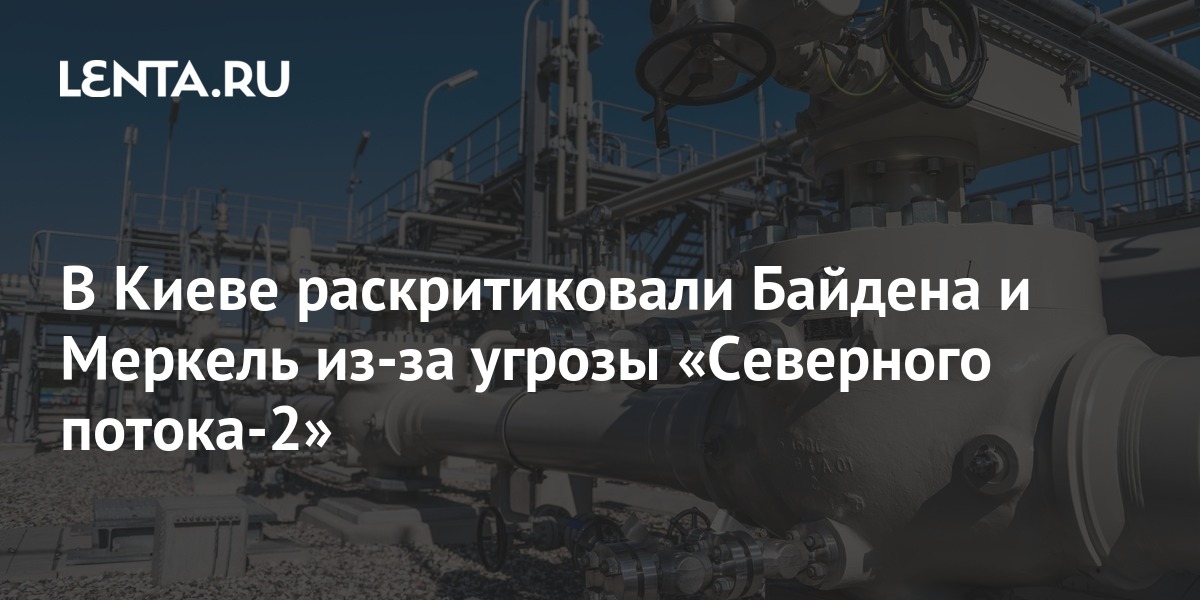 The press secretary of the President of Ukraine Sergei Nikiforov criticized the US leader Joe Biden and German Chancellor Angela Merkel for the lack of specifics on countering the threat of launching the Nord Stream 2 gas pipeline during their talks. The corresponding statement published on the website of the office of Ukrainian President Volodymyr Zelensky.

Nikiforov noted that Kiev expresses gratitude to the heads of the United States and Germany for supporting the territorial sovereignty of Ukraine. He also thanked Berlin and Washington for their statements that Russia cannot use Nord Stream 2 as a weapon and the need to maintain Ukraine’s status as a gas transit country. At the same time, according to him, the most important thing was not heard in Kiev: how the parties will try to ensure this. “We did not hear the specifics that President Volodymyr Zelensky demanded,” summed up the press secretary of the head of state.

Earlier, the head of Naftogaz Ukrainy, Yuriy Vitrenko, spoke about the German Chancellor who changed his mind about Nord Stream 2. “It seems to me that we were able to convince Mrs. Merkel in many ways, and she even changed her point of view on this project in many ways,” Vitrenko assured. According to him, the chancellor “saw real threats to the security of Ukraine.” According to him, for the Ukrainian side it is not only a matter of money and economy, but also of “real security”.