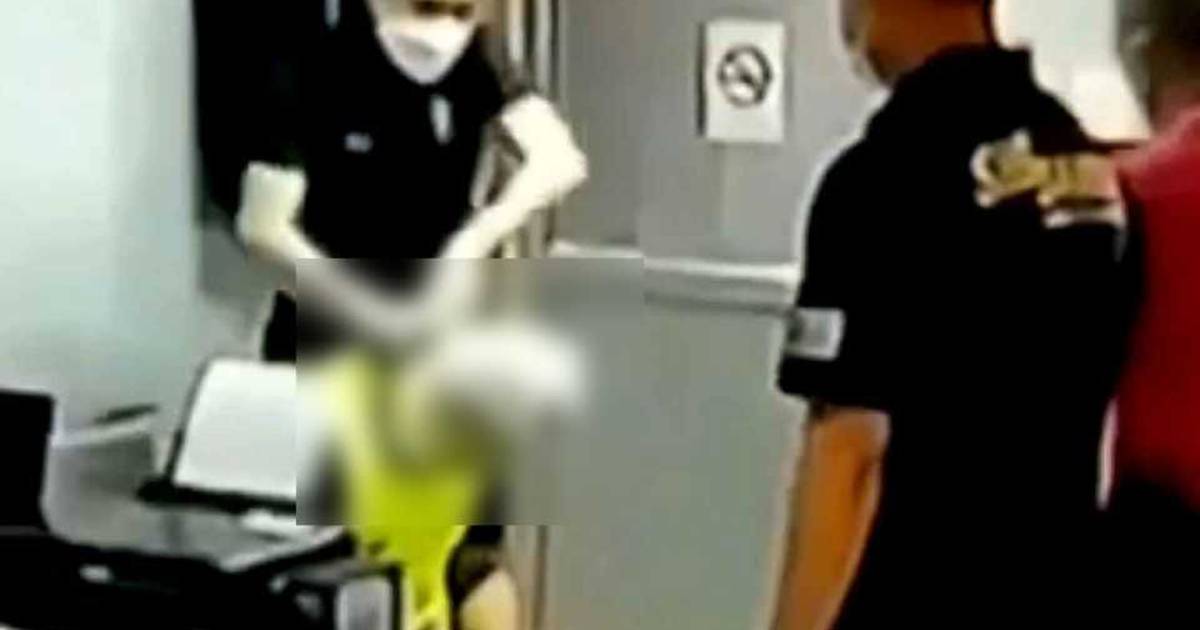 Jeerapong Thanapat, 24, and his girlfriend were arrested in early August on suspicion of smuggling 100,000 methamphetamine pills. The interrogation at the police station quickly got completely out of hand. When the twenty-something refused to pay a doubling of the bribe, the police chief ordered his colleagues to pull a bag over his head and strangle the detainee.

In the two-minute video, which according to BBC Presumably placed by a junior officer, Thanapat can be seen crying out in shock and pain. The man gasps and tries to escape, but is trapped. Plainclothes officers continue to torture and continue for about a minute, until the man stops moving. The officers realize that he has lost consciousness and try to resuscitate him, but help was to no avail: Thanapat dies on the spot at the police station.

The chief of the officers, Thitisan Utthanaphon (39), is said to have said that the suspect had died of a drug overdose, according to Thai media. Thanapat’s girlfriend was allowed to leave the police station without punishment if she agreed to keep her mouth shut. The court in Thailand’s Nakhon Sawan province is taking the case seriously and has ordered the arrest of the police officers, reports the Bangkok Post. Four of them would now be under lock and key.

The manhunt for Utthanaphon is said to be ongoing. Earlier today, police searched his luxury estate in Bangkok, where thirteen expensive cars were seized. The man, nicknamed ‘Jo Ferrari’, is said to have been discredited before. In 2015, for example, he was accused of stalking his ex-girlfriend and allegedly abusing his power, Thai media write.

Utthanaphon is charged in this case with assault, conspiracy and involvement in fatal torture. Footage of the shocking incident has been viewed millions of times around the world.