Between crosses with the opposition, the ruling party ruled the DNU that modifies the Vaccine Law 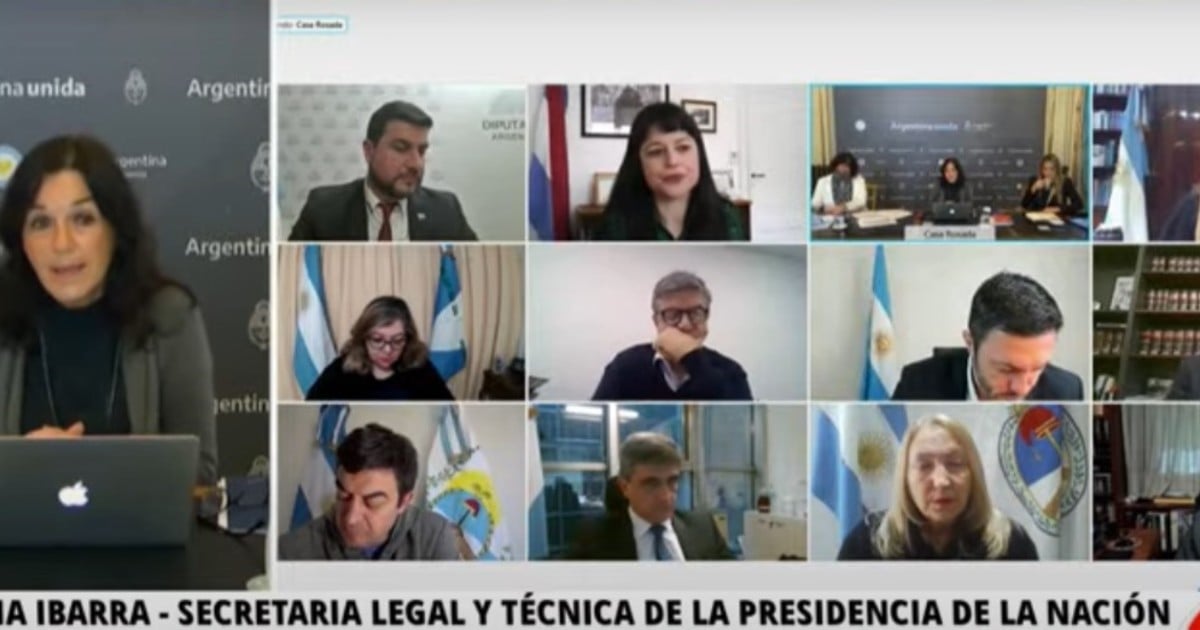 After the presentation of the Secretary of Legal and Technical, Vilma Ibarra and the Minister of Health, Carla Vizzotti, the deputies and senators of the Frente de Todos iThey used their majority to pass the DNU bicameral the decree that modifies the Vaccine Law. Together for Change – which rejected the methodology of changing the rule by decree and asked that the project be modified in one session this week – did not accompany.

Now the DNU must be ratified by voting on the premises of one of the two Chambers.

The debate in committee was crossed by the accusations and suspicions surrounding the negotiation with Pfizer -which began almost a year ago- and because of the opposition’s rejection of the methodology chosen by the ruling party to modify the law by decree.

The ruling party, for its part, accused the opposition of being “on the campaign trail” and look for “the hair in the soup”.

“Our Constitution prohibits the Executive from dictating norms with legislative content. Nothing justifies the issuance of a decree by the President ”, declared the PRO deputy, Pablo Tonelli, and pointed out that”the Government is responsible for the delay ”.

“Shortly after the law was enacted, some laboratories made known the objection of the article with the word ‘negligence’. From that moment, Juntos por el Cambio made himself available and offered to modify the law. We did so publicly in a March statement and the government refused. The last episode occurred last Thursday when we requested a deviation from the regulations to deal with the law and they said no, “added Tonelli.

The legislator of the FdT, Carolina Gaillard, He retorted: “The Constitution does allow the decree. No one can doubt the necessity and urgency in the midst of a pandemic. Here the urgency is to get pediatric vaccines thate were approved just a month ago, that is why the modification of the vaccine law was not discussed before”.

Together for Change also expressed his fear of whate royalties from oil provinces are subject to judicial enforcement in case of Argentine default, although Vilma Ibarra denied that they could be affected.

They were months of negotiations and public discussions that led the Government to finally change the Law. The opposition pressure that last week forced the official bloc to block the treatment of the Law in the compound, accelerated the times.

The truth is that Pfizer was one of the first laboratories with which Argentina negotiated at the beginning of the pandemic. In fact, the country participated with thousands of volunteers in the trials for the development of the vaccine. That is why it was so striking that afterwards an agreement could not be reached with that laboratory.

Former minister Ginés González García had already indicated that the laboratory directly did not want the word “negligence” to be in the law. “It was a quagmire because we couldn’t change the law. Unfortunately, Pfizer for the Argentine Government behaved very badly“he had assured in an exhibition in front of Deputies last year.

This led to discussions about who incorporated that term into the text, which it was not in the original version of the project sent by the Executive. The opposition did not take long to point out that it had been a proposal by the deputy of the Frente de Todos, Cecilia Moreau, who later defended the decision.

But that word, they clarified in the ruling party, it was not the only impediment. The health ministry also spoke of inconveniences “with the criteria of acceptance of guarantee and counter-guarantee.”

President Alberto Fernández himself went so far as to say that Pzifer vaccines were not bought because the laboratory put him “in a very violent situation of demands and compromised the country.”

That forced the general manager of Pfizer Argentina, Nicolas Vaquer, to clarify in Deputies that the company had “no interest in intervening with State assets”, and deny that the Argentine Government has requested “improper payments or requirements of intermediaries”.

At that time he did ratify that the Vaccine Law was not “compatible with contractual aspects” and that there was an open negotiation table with the Executive on this issue.

Together for Change he played fast and presented a project headed by the PRO deputy and vice president of the Health Commission, Carmen Polledo and insisted on his treatment. The last time, last Thursday.