Betis likes it and thrashes in its pre-season premiere 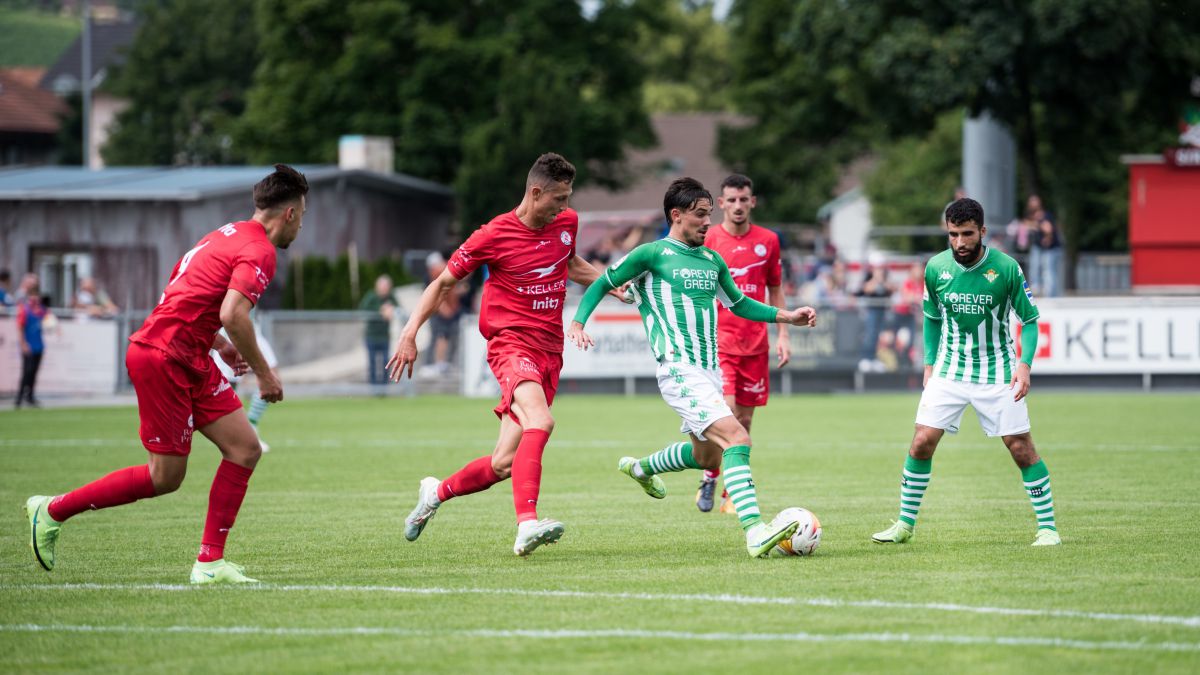 Betis solved their first preseason commitment by beating the Swiss Winterthur in a match in which Manuel Pellegrini was able to make several tests. In fact, the Chilean coach used two totally different eleven at each time and both worked perfectly, with the logical adjustments that still need to be made.

In the first half, Canales showed that his magic wand is ready again after a final season last season in which fatigue weighed on him. The Cantabrian served the two Betic goals of the first act. The first, taking a perfect corner that Loren headed to the net. The second, serving as a heel to Yassin Fekir so that he scored with a left foot. It was also in this first half when the Witerthur had more occasions, crashing with the crossbar in one of them.

After the break, the new eleven of Betis drew attention for the new position of Joaquín, who moved through the center of the field. Sabaly made his debut, leaving good feelings and Juanmi stood out, hyperactive and successful. His was the 0-3 and a great play of his was born the 0-4 that Borja Iglesias signed.