Best action plan for losing a ticket to Turkey revealed 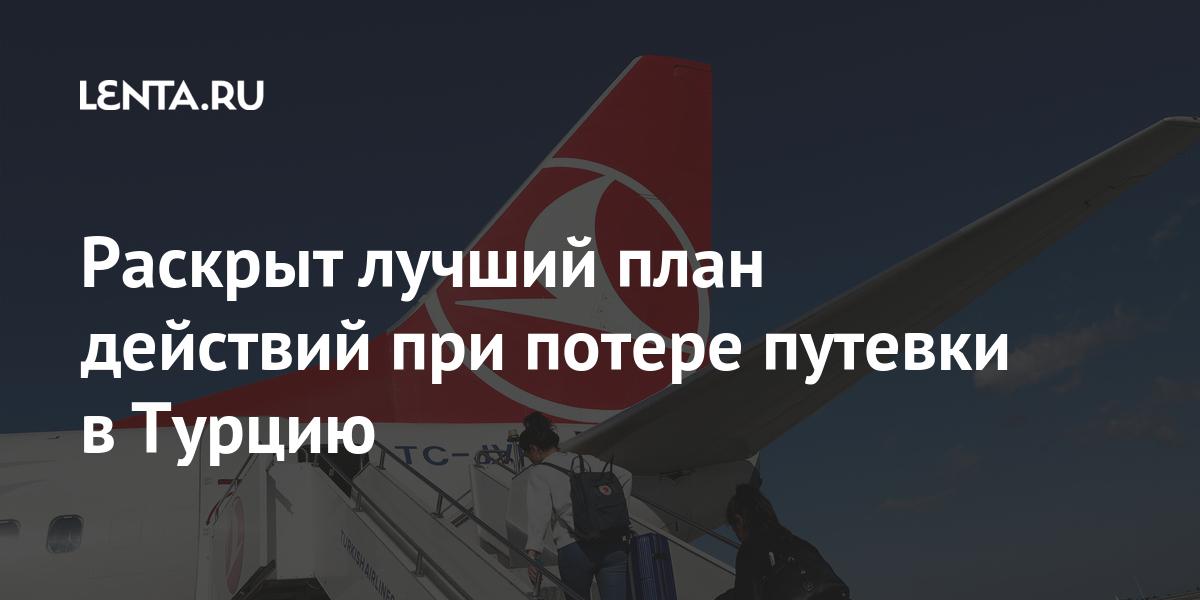 Russian tourists who lost their tickets to Turkey due to air traffic restrictions were advised to postpone the trip to other dates, and not try to get their money back. The best plan of action for travelers in such a situation was revealed by travel industry experts, according to Moskovsky Komsomolets.

So, according to the vice-president of the Russian Union of Travel Industry (PCT) Yuri Barzykin, the first option for those who have canceled their vacation at a popular resort is to postpone their vacation to a later date – summer or autumn.

At the same time, if tourists do not like this option, then you can consider other directions, however, for trips to alternative countries, for example, to the UAE or Cuba, you will have to make an additional payment.

“You can also find an adequate price, for example, in Cyprus. If there is domestic tourism in the line of a tour operator, then we can consider it, ”the speaker specified.

His words were also supported by the head of “Tourist assistance” Alexander Osaulenko, who urged the Russians not to try to return the money spent, but to postpone the trip. “Firstly, you will lose the opportunity to travel, and secondly, in any case, you will lose money, even in court,” he assured.

Earlier in April, Russian tourists who were flying in transit through Turkey abroad and were stuck there after air traffic restrictions were advised to plan their return home on their own. Travelers flying through Istanbul to other countries were asked to track information with airlines.

On April 15, Russia limited air traffic with Turkey and closed the border with Tanzania for a month and a half. It is clarified that flights to Tanzania, both charter and regular, will be completely stopped until June 1. At the same time, there will remain two flights a week between Moscow and Istanbul, which will be operated by Aeroflot (on Tuesdays and Fridays) and Turkish Airlines (on Mondays and Fridays).

Simon's warning for when the state of alarm ends