Besieged by China, Hong Kong’s Apple Daily announced that it will stop dating 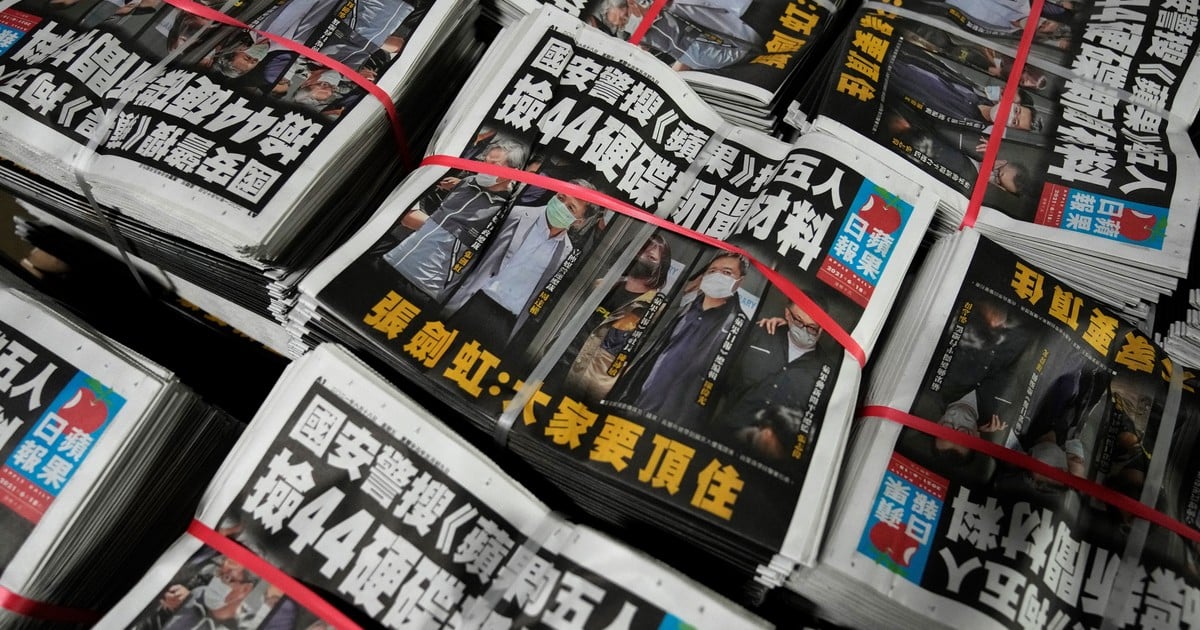 Hong Kong’s Apple Daily, known for its criticism of China, announced that its printed version will be out for the last time this Thursday, while the digital version will stop updating at midnight.

The company that owns the medium, Next Digital, assured that the cessation of its operations is due to the “current situation in Hong Kong”, after several of its executives were arrested accused of “conspiring with foreign forces”, one of the crimes typified in the controversial national security law that Beijing imposed last year in Hong Kong.

The Hong Kong authorities used the same accusation as a motive to freeze the media’s assets, after accusing it of publishing more than 30 articles in which he called for international sanctions to the governments of Beijing and Hong Kong.

A file image of Jimmy Lai, the owner of Apple Daily who is currently detained in Hong Kong. Photo: AFP

The controversial law contemplates penalties of up to life imprisonment for assumptions such as secession, subversion, terrorism, or conspiracy with foreign forces, and has been strongly criticized by the city’s pro-democracy movement, which believes that the legislation will not only punish dissent but will also end the autonomy and freedoms enjoyed by the former British colony.

“The forced closure of Apple Daily is the blackest day for press freedom in Hong Kong in recent history, “Yamini Mishra, the Asia-Pacific regional director of the human rights organization Amnesty International, said in a statement.

“It is an unacceptable attack on freedom of expression – he added – The fact that the authorities are using the national security law to enable this raid shows the deeply repressive nature of this law.”

Last Thursday, more than 500 policemen entered the Apple Daily premises, seized computers and documents, and arrested the editor and director of the newspaper, accused of “conspiracy to conspire with foreign forces”, which could lead to a life sentence under the aforementioned law.

Also last week, the Hong Kong security forces ordered the freezing of 18 million Hong Kong dollars (2.32 million dollars, 1.95 million euros) from three Next Digital companies, which has ended up forcing the end of the header after 26 years of existence.

The editor, Cheung Kim-hung – also the CEO of Next Digital – and the director, Ryan Law, remain in police custody and will appear in court on August 13, while three other executives arrested in the same operation were released on bail while they are being investigated.

Apple Daily founder Jimmy Lai, one of the best-known figures in the Hong Kong pro-democracy opposition, is in jail and is also facing various accusations relating to national security law.

The Apple Daily criticisms cited by the island’s authorities go back, among others, to texts condemning the police response to the Anti-government demonstrations that took to the streets of Hong Kong during the second half of 2019.

Newsroom journalists filming the interior after the raid. Photo: Bloomberg

These demonstrations initially sought to block a controversial extradition law that could have resulted in activists, journalists or dissidents, among others, could have been tried in mainland China, in a judicial system lacking guarantees.

However, they later opted for an expansion of the city’s democratic mechanisms in mostly peaceful demonstrations, but in which some radical elements ended up clashing with riot control agents.

“Goodbye, Hong Kongers. Take care“He said goodbye this Wednesday on his Next Digital website, while thanking readers, subscribers, advertisers and employees for their support.