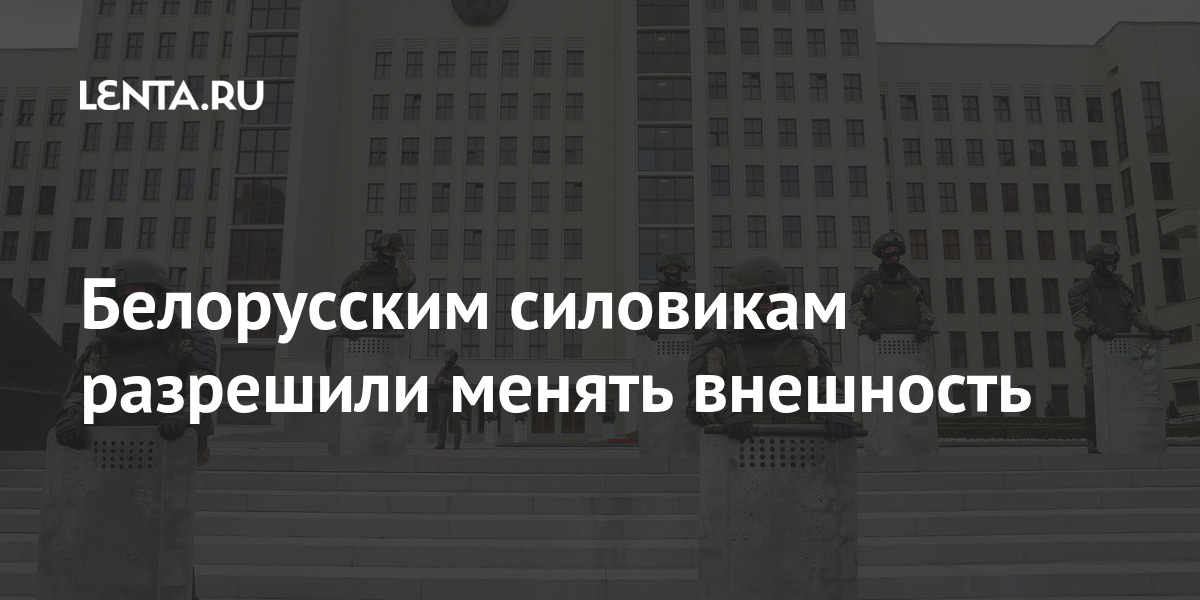 Belarusian senators approved amendments to the law “On State Protection of Judges, Officials of Law Enforcement and Control (Supervisory) Bodies, Employees of the State Security Body”. Now security officials, journalists and judges are allowed to change their appearance and seek the services of bodyguards. It is reported by Interfax…

It is noted that the changes to the law were made due to threats that came to the officials at the end of last year. According to the Minister of Internal Affairs Ivan Kubrakov, not only security officials need protection, but also persons with a civil position – teachers, artists, journalists. Therefore, the concept of “protected persons” was introduced into the draft law. Thus, any citizen who is threatened can turn to the internal affairs bodies, and there they will already determine the degree of threat.

Earlier in April, it was reported that 109 police officers in Belarus filed civil suits for compensation for moral damage they received during the dispersal of a protest in the city of Pinsk on the night after the presidential elections in August 2020.

In the midst of the conflict over the schools, the Nation demanded that the City reinforce the controls in the streets