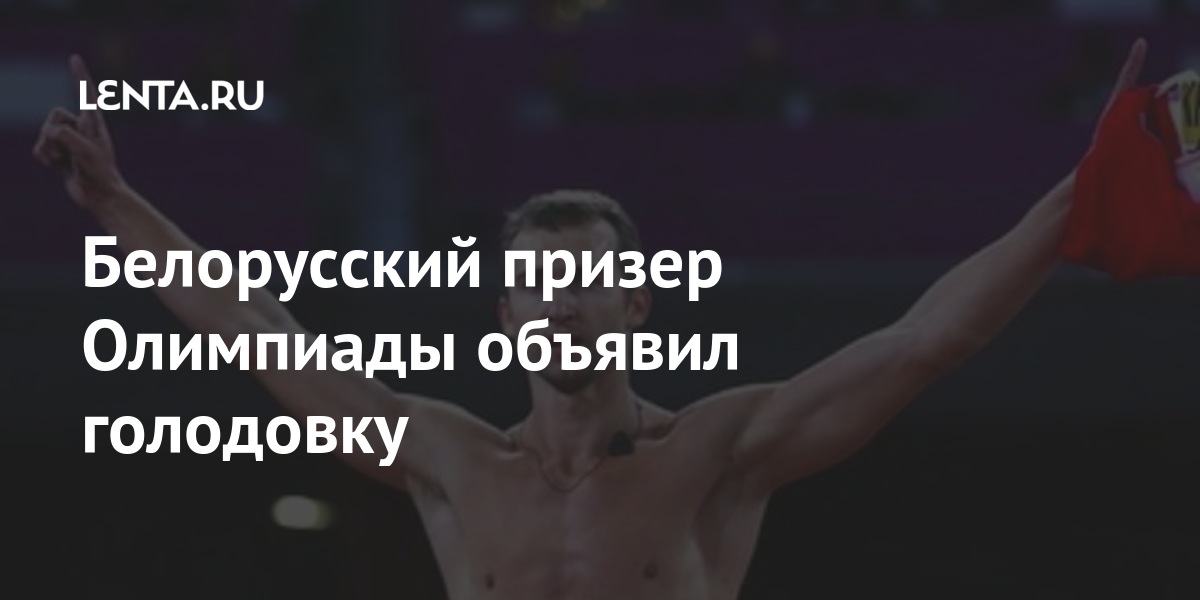 Olympic silver medalist in athletics, Belarusian Andrei Kravchenko went on a hunger strike as a sign of solidarity with political prisoners. It is reported by Reuters…

“I had some inner urge to do this, because the repression does not subside, but only intensifies. I am now free, but it hurts for the people who are in prison, ”said Kravchenko. Belarusian Sports Solidarity Fund on its page in Facebook wrote that the athlete lost 9.2 kilograms in seven days of hunger strike.

Kravchenko is the silver medalist of the 2008 Olympic Games in the decathlon. He has a silver medal in two world championships, as well as a victory at the European Championship in decathlon and heptathlon.

In Belarus, mass protests have continued since August, in which tens of thousands of people take part. The participants demand the resignation of Lukashenka, the holding of new elections and the punishment of the security officials responsible for the brutal dispersal of the demonstrators.

Things I learned from failing my first small business

The Mexico of Octavio Paz, from Mixcoac to Casa Alvarado