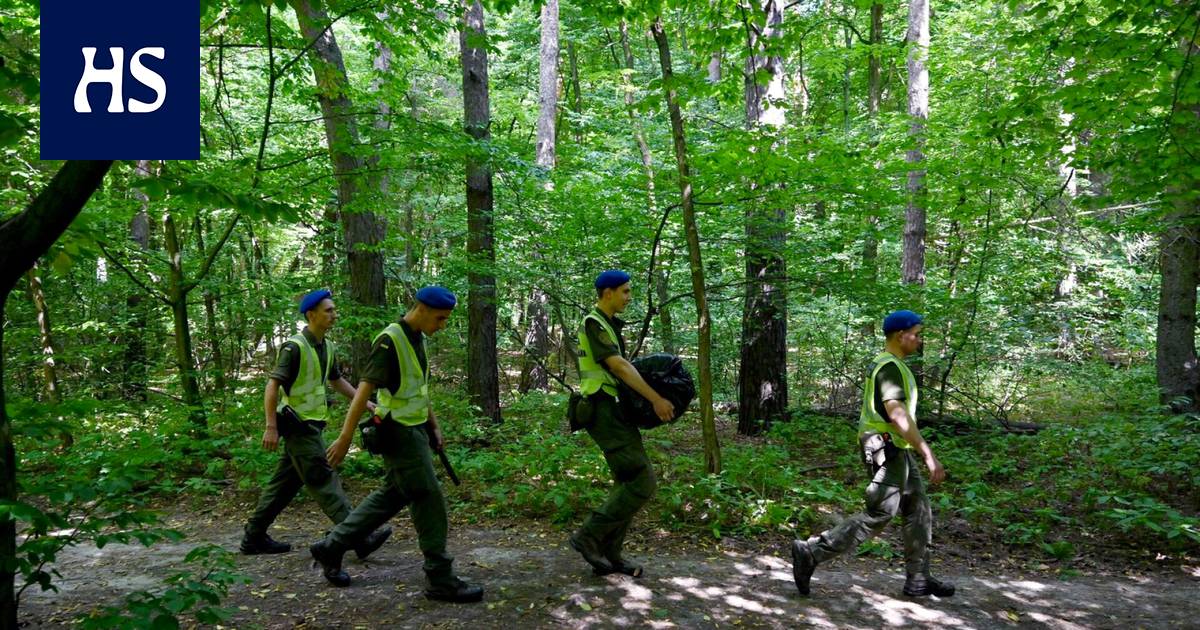 Belarus’s authoritarian leader Alexander Lukashenko has begun to repress dissidents abroad by familiar means from Belarus, which worries the opposition who fled to Lithuania.

Belarusians opposition politicians are concerned about the repression of dissidents in their home countries and their safety abroad.

Belarusian activist and leader of a refugee aid organization Vital Shishou was found dead on Tuesday in a park in the Ukrainian capital, Kiev, from where he had sought asylum. had disappeared the previous day on a jog. The case is being investigated as murder.

On Sunday, the Belarusian Olympic Committee tried to forcibly return the sprinter Krystsina Tsimanouskajan back home from the Olympics in Tokyo after he had criticized the national team leadership on social media.

Read more: The Belarusian runner angered the country’s leadership and no longer intends to return home – this is a case that highlighted the situation in Belarus.

Vital Shishou, a Belarusian who sought asylum in Ukraine, was an active citizen and human rights defender. He had continued his activism in Ukraine as well. Picture: Handout / AFP

Abroad According to Karachi, this is an activity that extends to an authoritarian leader in Belarus To Alexander Lukashenko new.

“This is a new situation for us and for the struggle of the democracy movement. In the past, Lukashenko carried out all his activities within Belarus, ”Karach said by telephone from the Lithuanian capital, Vilnius.

Shyšou, 26, was not a politician but an active citizen and human rights defender. He had also continued his activism in exile in Ukraine. An organization led by Shyshou has blamed the Lukashenko regime for his death.

“Before, only the various leaders of the democracy movement felt insecure abroad, but now it is clear that ordinary activists and volunteers feel the same way.”

Opposition politician Olga Karach leads a Belarusian NGO from Vilnius, where she also helps Belarusians who have fled there. Picture: Paulius Peleckis / HS

Tsihanouskajan spokeswoman Anna Krasulina sees the case of the Olympic runner as an abduction that has so far been seen mainly within the borders of Belarus.

“Belarusian officials are not used to respecting human rights or people. They are used to doing this in Belarus, defeating dissidents and controlling everyone, ”Krasulina says by phone from Vilnius.

“Tsimanouskaja had only expressed his opinion about the team’s leadership and its unprofessionalism. He did not speak politics. It is clear that the situation in Belarus affects every citizen. “

Karach believes that in Belarus, the athlete would have been threatened not only by prison but also by a mental hospital. According to Karachi, mental health institutions in particular are closed to female critics of the administration. The state media in Belarus has already begun to paint a picture of Tsimanouskaya’s fragile mental state.

In Vilnius opposition politicians expect Lukashenko and his regime to crumble. The team is preparing a national labor strike for Belarus, the timing of which will change over time.

Work on the preparation of a new constitution continues. An action plan for the next big demonstration is also underway, when it is possible to hold one again.

“There were a lot of people in last fall’s protests, but no common understanding of what to do and where to go. The next demonstration is going to be different, ”Krasulina says.

According to Karachi, the democracy movement should be reorganized. It would need him to have several leaders on the front line so that citizens would have people to follow. Lukashenko has been held in the grip of a fragmented democracy movement.

“We must return the movement to the political agenda in Belarus, which is unfortunately controlled by Lukashenko. Not only can we monitor the persecution, but we must be actors in Belarus. ”