Belarus Lukashenko’s opponents will be punished on a conveyor belt in Belarus: “More than 400 people have already been convicted” 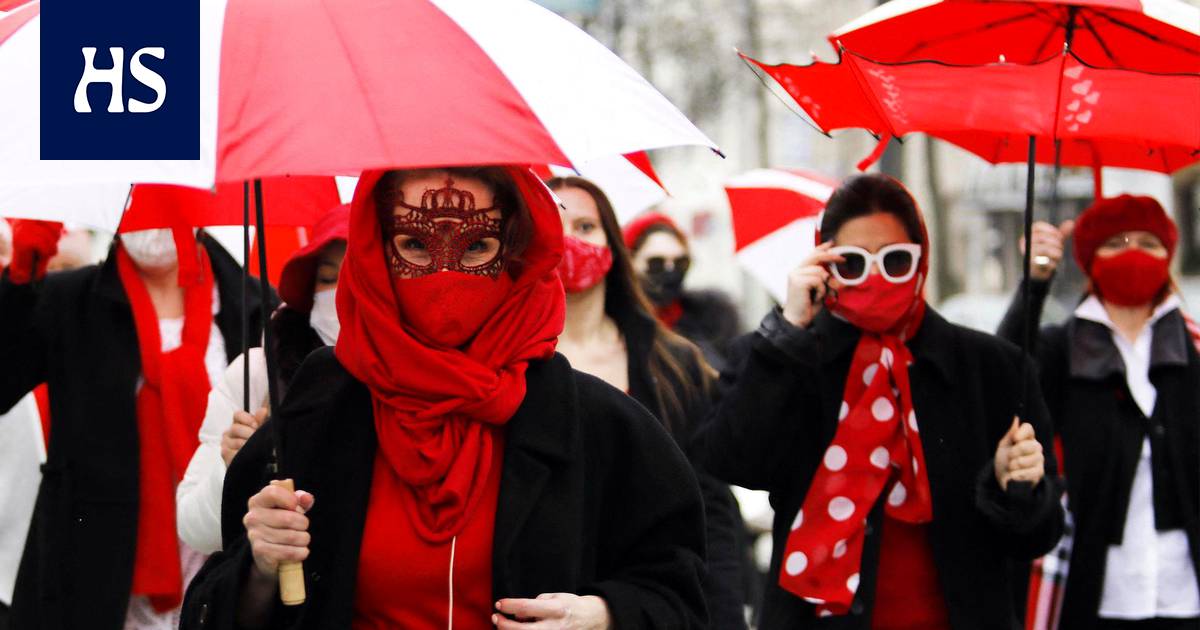 A 16-year-old boy with epilepsy has also been imprisoned for participating in the protests.

More than 400 Belarusians have so far received a verdict for the participation of the President Alexander Lukashenko protests, reports AFP.

The figure comes from the Belarusian Public Prosecutor’s Office, which on Wednesday reported on the efficiency of the country’s judiciary.

“To date, prosecutors have taken 468 criminal cases to court, accusing 631 people of participating in illegal mass events and protests that are a gross violation of public order,” the prosecutor’s office formulates.

Belarusians took to the streets en masse last summer after Lukashenko had won a fraudulent presidential election. Over the fall, however, peaceful protests faded, and Lukashenko is apparently firmly in power.

In the fall, police arrested thousands of Belarusians, and apparently hundreds were tortured. In winter, the demonstrations have continued to be much smaller and more fragmented.

As the great wave of protest subsided, it was the turn of the prosecutions. Opposition activists, protesters and journalists have been put on the dock. As described by the news agency AFP, the Belarusian judiciary has become a “conveyor belt of convicts”.

“More than 400 people have already been convicted,” the prosecutor’s office informs.

Office listed examples according to AFP. Among them is a 35-year-old man who “posted offensive comments about law enforcement on the social media service Odnoklassiki”.

Police used violence during last fall’s protests, and protesters were also killed at the hands of beaters.

The longest punishment to date for Lukashenko’s opponents is ten years in prison.

In February, a 16-year-old boy named Jail was sentenced to five years in prison Mikita Zalatarou. The crime of Zalatarou, who has epilepsy, was participating in protests. The human rights organization Viasna has defined him as a political prisoner.

Although Opponents of the current regime in Belarus are Lukashenko, a narrow, exiled challenger Svyatlana Tsihanouskaya calls on the people to take part in further demonstrations on Thursday, 25 March, which is celebrated in Belarus on Freedom Day.

Tsihanouskaja visited Helsinki In the beginning of March. “Our goal is still new elections next fall,” he said at the time.

Local election in Hesse: AfD in a community at 25 percent – second strongest force also in the Fulda district