Before confronting the Philippines .. Concern among the ranks of the “dragon”! 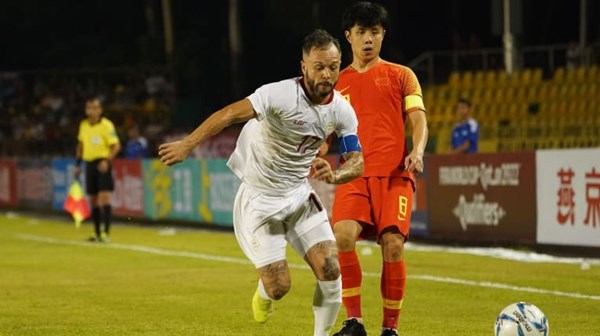 The players of the Chinese team are in a state of anxiety before today’s match “Monday” at the Sharjah Stadium in the first confrontation of the Dragon outside his country in the double Asian qualifiers for the 2022 World Cup and the 2023 Asian Cup, which were transferred from China to Sharjah.

Perhaps the most anxious thing that made the Chinese public worried about their team was the video published by the former Serbian coach of the Chinese national team, Bora Milutinovic, who led the Dragon to the World Cup finals before, where he told the current coach “Li Ti”: Do not think too much about Syria, and the Philippines is a dangerous country. Tomorrow will be a very difficult match.

As for the former Chinese captain Li Weifeng, he said: The Chinese players should relax before their decisive match with the Philippines today, Monday, and the team has only one goal, which is to win all three matches, and we can do that and I have no doubts about it, the mentality is important now, and those who have a better mentality They will have a better shape.

“If China fails to qualify, it means that something must have gone wrong in Chinese football,” he added.

Another proof of the dragon’s anxiety is what Chinese coach Ti Li said: Indeed, we miss the absence of the fans that came back to us in the last Guam match, which attended a large number of 30,000 fans, and under these circumstances all we can do now is to remain united, and fight our way to victory. forward.

“We aim to win the next three matches no matter where they are played, and as players we simply need to focus on the matches,” said Chinese defender Wang Shengao. It is noteworthy that China occupies second place in Group A with 10 points, eight points behind the leaders Syria, and behind them is the Philippines team with 7 points, then the Maldives with 6 points, and in the back is the Guam team without a score.