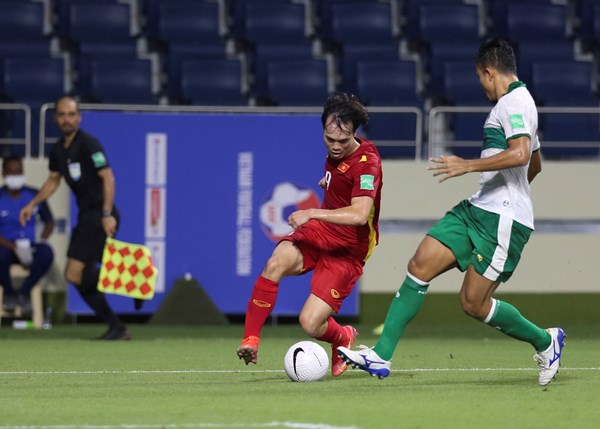 South Korea’s coach Shin Tae-young poured out his anger at the refereeing before facing the Emirates next Friday at Zabeel Stadium in Al-Wasl Club, as part of the Group G matches in the second round of the Asian qualifiers for the 2022 World Cup in Qatar and the 2023 Asian Cup in China.

The second match in the same group witnessed the UAE’s 3-1 victory over Thailand at Zabeel Stadium in Dubai. Vietnam maintained the top spot in the group with 14 points from six matches, compared to 12 points for the UAE, and 9 each for Malaysia and Thailand, which played seven matches and one point for Indonesia.

“The first goal of the opponent was the referee and the assistant referee by 100%, I think that the first goal lost us momentum and made the task difficult for us greatly,” Shin Tae-young said in the press conference that followed the loss to Vietnam. He explained, “In the first half, the result was equal with a goalless draw, before the referee changed the atmosphere in the second half. I am a coach who was in the 2018 World Cup. Such mistakes cannot occur at this stage of the qualifiers, and the AFC must intervene.”

And he continued: “After we conceded three goals, we should have got a penalty, and again the referee had a different opinion, which ended up losing us. I think my players performed well like the opponents, who deserved congratulations in turn.” The loss of the Indonesian team did not stop at the four goals against Vietnam, after its players received 5 yellow cards, which were received in a row by Arif Satria (15th minute), Rachmat Irianto (18), Nadio Arjawinata (51), Pratama Arhan (60), Eji Maulana Vikri ( 92), coach Shin Tae-young received a yellow card in the 77th minute.