Because of the sponsors .. “FIFA” and “Asian” officially approve the “home and away” for the World Cup qualifiers 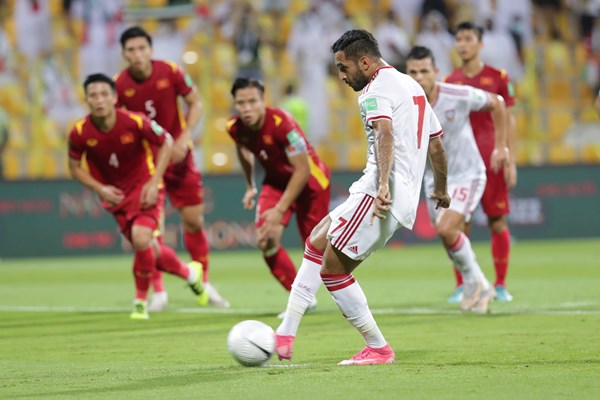 The International Federation, “FIFA” and its Asian counterpart, approved the “home and away” system for the third and final phase qualifiers for the 2022 World Cup, during the discussions that took place between the two parties over the past days, regarding agreeing on the details and system of the qualifiers draw that will be held on the first of next July, to determine the teams The two qualifying groups, totaling 12 teams, including our national team.

This step comes after the International Federation received marketing complaints from the sponsoring companies, as well as the Continental Federation, as a result of the losses incurred by these companies as a result of the application of the “combined championship” system on a neutral ground in the second phase qualifiers, which were held in the first half of this month.

Follow-ups indicate that the AFC, during the meeting with FIFA competition management officials, put forward several scenarios to deal with any future emergency, due to the continuation of the Covid-19 pandemic, which still casts a shadow over many parts of the continent, and witnesses the continued imposition of strict precautionary measures on arrivals in most of those countries, especially in the east of the continent.

The option was to play in a “combined tournament” divided over 3 months with 3 gatherings in September, October and November, on the same FIFA days, with the remaining matches to resume in the home and away system with January 2022.

However, the complaints of the sponsoring companies, FIFA’s desire to restore life to normal, as well as adherence to the principle of equal opportunities between competing teams, were all reasons behind the exclusion of the option to play in a combined tournament, during the meeting held the day before yesterday through the “visual communication” system, which It was revealed by “Sports Federation” sources.

The meeting witnessed an agreement on the option of a state of emergency related to the inability of any country to host the visiting team to play the match in the qualifiers, which is by specifying each country, an alternative stadium on a neutral ground or a neighboring country, provided that this is at least 10 days before the official match.

On the other hand, Youssef Hussein Al-Sahlawi, Vice President of the Football Association, Head of the National Teams Committee, confirmed that the technical staff of the team is awaiting the first of July draw, which witnesses the occurrence of Al-Abyad in the third level with the Saudi Green, but we will wait until the clarity of the picture, regarding the identity of the rest of the teams in the group that The team will be located, in order to determine the quality and level of the international friendly matches that the team will play, and the number of gathering days required before the first match in the qualifiers.

Al-Sahlawi pointed out that the team is ready for all scenarios, with the development of basic perceptions for each stage and each gathering, where Marvik and his assistant staff work with high professionalism, and follow all the details, as the awaited draw will determine the features of everything related to the national team’s journey, as well as the technical staff’s vision of readiness. To participate in the Arab Cup, which will be held under the supervision of FIFA next December.