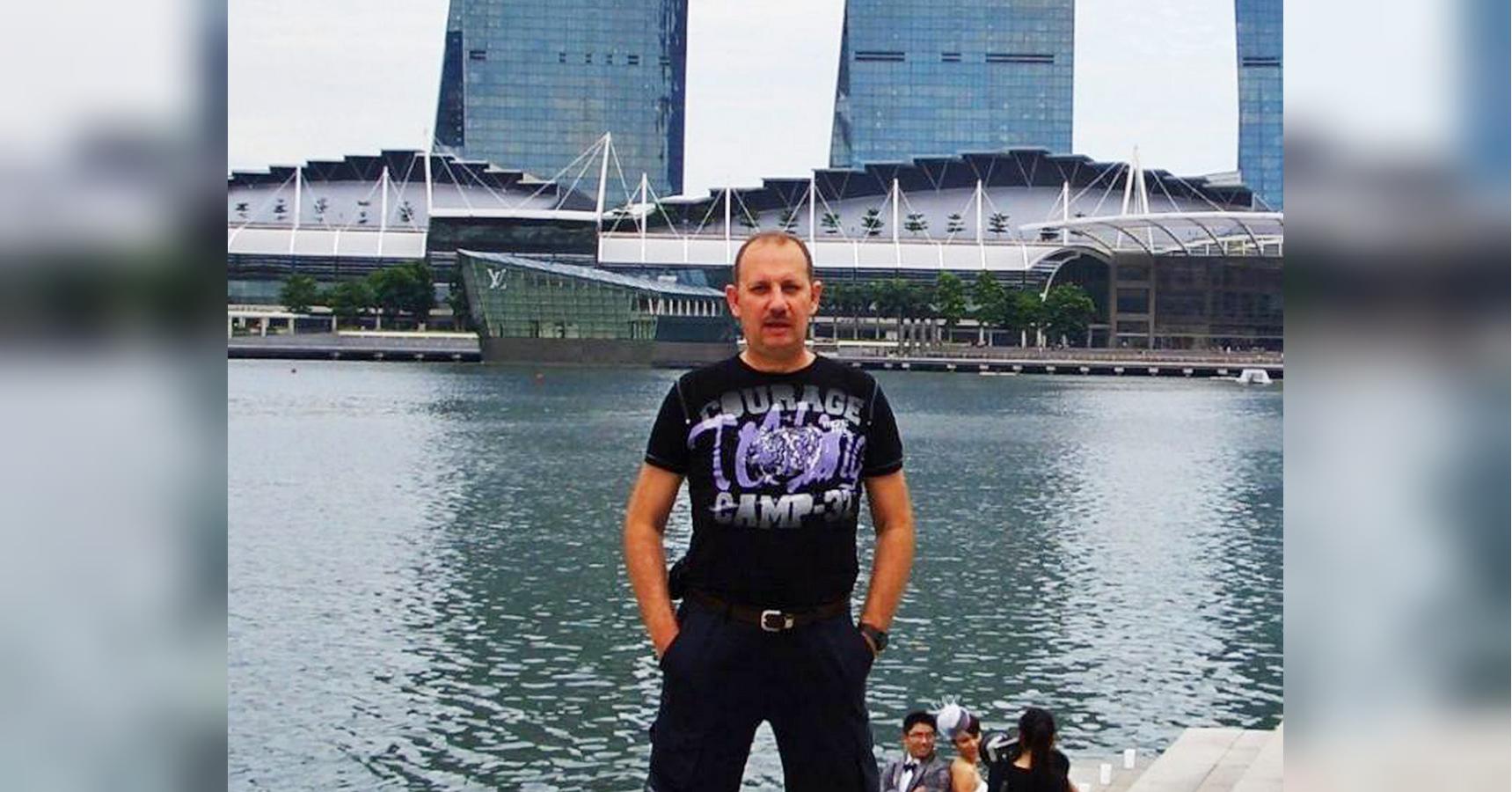 Alexander felt pain in the hip joint seven years ago. I wanted to save my leg, but how can you do it if the work is connected with constant movement? A man goes on voyages on sea vessels, and he must endlessly go down and go from deck to deck.

– A year ago, when I was in another hemisphere, not far from the coast of Indonesia, I went to the FACTS website and saw the material – direct line with orthopedic surgeon Dmitry Yarov, – recalls Alexander… – The doctor answered readers’ questions in detail and intelligibly. Some of the answers were especially interesting to me, as the doctor was talking about how to get rid of pain in the hip joint. I wrote down the doctor’s phone number, thinking that the contacts might be useful to me. And when I returned from sailing, I immediately called the doctor and made an appointment for a consultation.

– You have been consulted and treated before?

– Yes. In Odessa, a competent doctor watched me, made intra-articular injections, and they helped. But the doctor went to another country, and my joint was hurting more and more. I didn’t know what to do anymore, I started to limp. Sitting in the car, I tried to choose a more comfortable position. In a word, the problem was getting worse. I have already decided that a replacement of the hip joint is needed.

– But this is a rather complicated and “bloody” operation …

– Yes, that’s why I wanted to postpone it. But how? Arriving in Kiev for a consultation with Dr. Yarovoy, I showed him pictures of the joint. He immediately determined that I had third-degree coxarthrosis. He offered to try to be treated without surgery.

– First, inject a hyaluronic acid preparation into the joint. The procedure was performed under ultrasound guidance. She gave a tangible effect. A year later, I was treated with my stem cells. They were taken from the fatty tissue on the belly. Doctor Yarovoy introduced the prepared substance into the joint. A little more than a month has passed since the procedure, but I already feel the effect. The “repaired” joint feels the same as it did seven years ago. There is practically no pain. I am very pleased with the result.

Read also: Why does joint pain occur and how to inhibit their damage? Orthopedist-traumatologist answers

– For five years, we have performed more than 200 procedures using cell therapy, and we continue to monitor the treated patients in order to objectively assess the long-term effects of the method, – He speaks orthopedist-traumatologist of the Consultative and Diagnostic Center of the Desnyansky District, Candidate of Medical Sciences Dmitry Yarovoy… – MRI scans show how the tissue structure inside the joint changes. But this happens if the procedure is done at an early stage of the disease. Alexander still has the third stage of coxarthrosis. Therefore, we are not talking about the restoration of the joint, but it is quite possible to postpone the need for arthroplasty. How long? Time will show. Supportive therapy, done once a year, is very effective.

The cell therapy procedure takes about two hours. The patient can then leave the clinic. He practically does not have any painful sensations due to the introduction of the substance.

– Doctor Yarovoy explained to me in advance how the procedure would be carried out, – Alexander continues. – The first stage is the collection of stem cells. They gave me anesthesia, a puncture in the abdominal wall – and began to “extract” subcutaneous fat.

– Tolerable, a little unpleasant. I didn’t see what the doctor was doing. I don’t like naturalistic pictures. Then I was asked to wait while the medicine was prepared. And when everything was ready, the stem cells were injected into the joint. This stage was no different from the procedure that I had done before, when hyaluronic acid was injected.

Read also: “My knee joint was healed using a” cocktail “from my own stem cells and blood plasma”

– When did you feel the effect of stem cell injection?

– A few days after the procedure. Now, after a month and a half, I feel that everything went well: it has become easier to walk, I do not feel pain at night. And the fact that the operation can be dispensed with is already a great achievement. Thanks to the doctor and the newspaper “FACTS”. My wife and I have been reading it for a long time and constantly.

FACTS have been written about orthopedic surgeon Dmitry Yarov more than once… The doctor is mastering new methods of treatment that help to make surgical intervention sparing, to reduce the time spent in the clinic to a minimum. As a result, the quality of life changes for the better in people who have been in pain for years.

– Pain cannot be tolerated, we must look for its cause, – says Dmitry Mikhailovich.

– Is pain a signal of illness?

– Definitely, yes. It is better to treat the disease early, and prevention is ideal. But if the joint already hurts, then it is better to immediately consult a doctor so that later it is not too late. Some diseases in the early stages are not treated with surgery, but with the help of various procedures, which are much easier to transfer than surgery.

– Tell us about the method that you used in the treatment of Alexander.

– This technology is called SVF therapy (the abbreviation stands for the introduction of the stromal-vascular fraction into the joint). Under local anesthesia, having made a puncture on the anterior abdominal wall, we performed liposuction – we took adipose tissue. Then it was processed in a closed system, subjected to centrifugation, separating only the fraction rich in stem fat cells. It is she who is needed for tissue repair. Stem cells were injected into the cavity of the hip joint under ultrasound control.

– Do you need certain movement restrictions after the procedure?

– The patient can walk. However, overloading the leg is not recommended for two weeks. You cannot jump, make sudden movements, carry weights. After a while, you should perform exercises for the muscles surrounding the joint, that is, engage in physiotherapy exercises.

“In severe arthrosis, when all methods have been tried, only arthroplasty helps.”

– What other joints is cell therapy suitable for?

– Knee, shoulder, wrist and others. In a word, for those who are destroyed by arthrosis, in which degenerative changes have occurred.

– When will it be possible to see on MRI whether the condition of the joint has improved? – I ask Dmitry Yarovoy.

– A year after the procedure, we plan to do a control MRI and see if there are structural changes in the joint. But much depends on the stage of the disease. If it is initial and there was only inflammation in the joint, the result is very good. And when patients come in late stages, we warn them that we are fighting not so much for the restoration of the joint, as for the fact that there is no deterioration. If after the procedure a person does not feel pain or it has become less, this is already a good result.

See also: Volyn doctor puts 90-year-old patients on their feet after the most complex fractures

– If a person had pain in only one joint, can we assume that the cause was an injury?

– Not always. We ask if there was an injury. And the patient may not remember about it if after a blow or fall the pain was small. There are many reasons for joint destruction. For example, we diagnose aseptic necrosis of the femoral head. With this disease, blood stops flowing through the vessels that are inside the femur, the head of the femur loses power, and the tissues die. This can occur due to disorders in the blood coagulation system or vascular abnormalities, trauma, concomitant diseases (diabetes mellitus), as a result of prolonged use of certain medications. The task is to stop the destruction at least at the level that is, and restore blood circulation in the bone. We apply various methods, trying to influence the situation in such a way as to relieve the patient of pain and teach him to avoid exacerbations.

– Is there a reason for arthrosis missed in childhood dysplasia of the hip joints? Parents are very reluctant to put on stirrups for the child …

– Dysplastic arthrosis is common, and it happens in those who have not been treated, and in those who have worn stirrups. Although the latter are less common. It must be remembered: if this diagnosis – dysplasia of the hip joints – is made, you should visit an orthopedist regularly, at any age.

– Do patients come more often when it is already difficult to help?

– As a rule, people hope that a tool that is widely advertised in the press or on television will help them. Many listen to the advice of relatives and neighbors, trusting their experience. The mistake is that it is dangerous to take anti-inflammatory drugs uncontrolled: they have many side effects, including for the gastrointestinal tract. And when erosive gastritis or gastrodudenitis occurs, patients turn to a gastroenterologist, a family doctor, who, after questioning the patient, advise him to consult an orthopedist. Unfortunately, we often see that time is wasted.

– Are there any new methods being developed to avoid endoprosthetics?

– Today, arthroplasty is an uncontested method for severe arthrosis, since no one has come up with anything better yet. Fortunately, endoprostheses are being improved, new designs are being used, materials that the body perceives better and does not reject. I am engaged in endoprosthetics. So we can help even at an advanced stage of the disease. But still, we must try to maintain our own joints as long as possible and consult a doctor in time.

See also: How to get rid of knee pain: doctor’s advice

Earlier, during the “FACTS” direct line, orthopedist-traumatologist Yuri Forosenko told what mistakes in the treatment of injuries interfere with recovery. 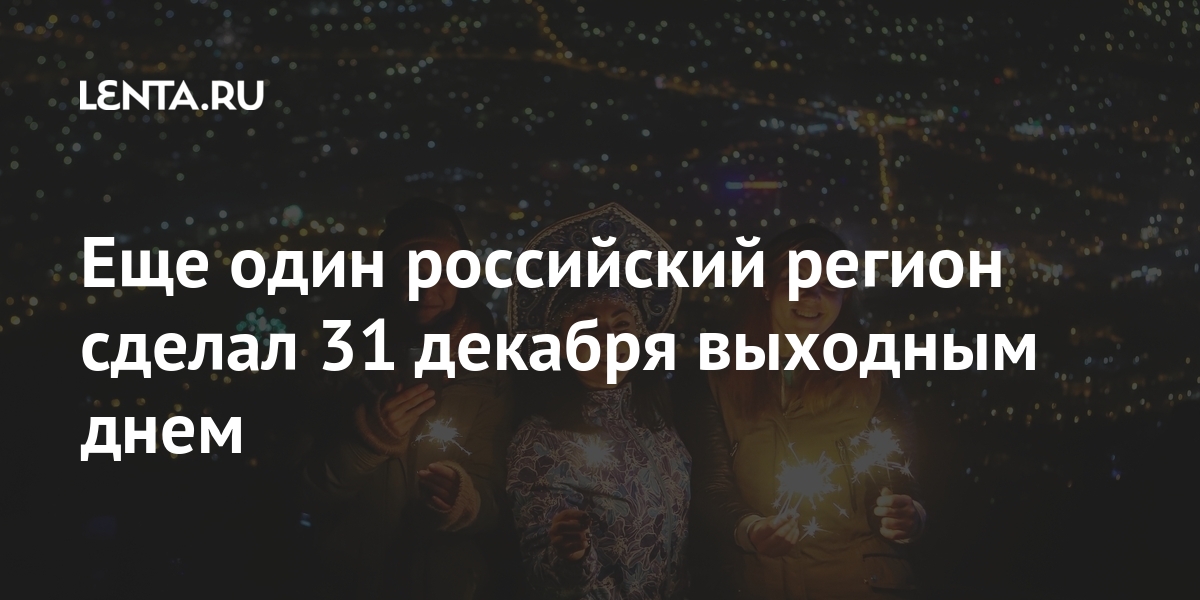 Another Russian region made December 31 a day off 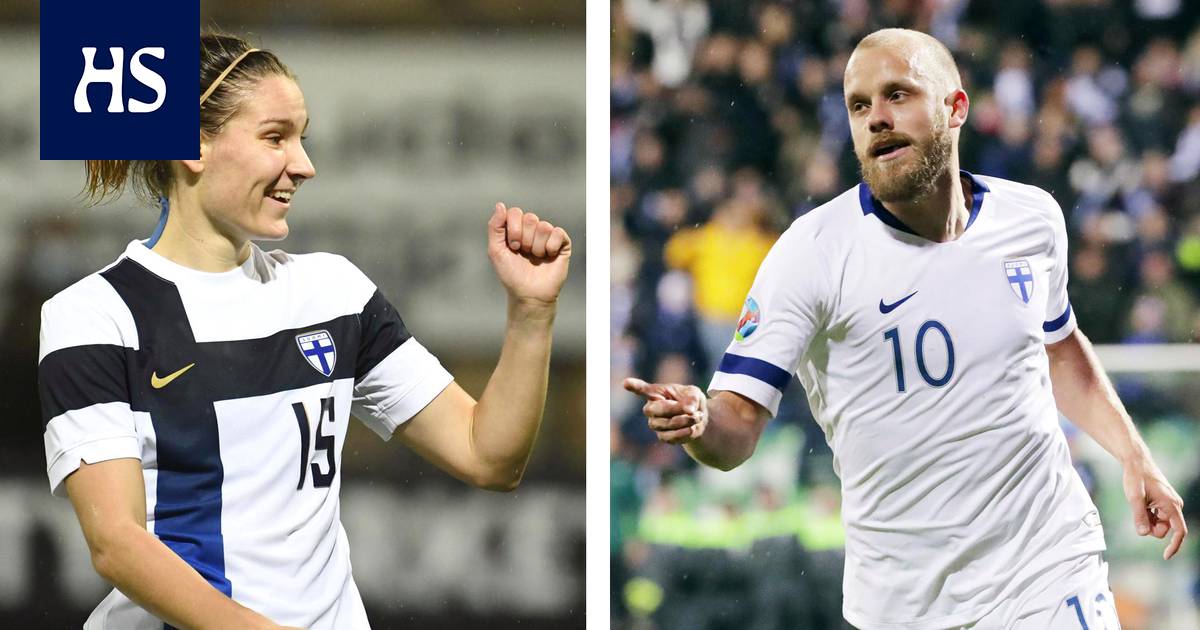 “It will not go quietly”: Melania is apparently thinking of Donald Trump’s liberation strike – revelations possible

Gummimüller has specialized in cutting rubber

Senegal: the country almost cleared of the coronavirus

The town without drinking water that dreams of a pipe