Because of “relationship” with chimpanzees in the zoo: woman is banned from visiting 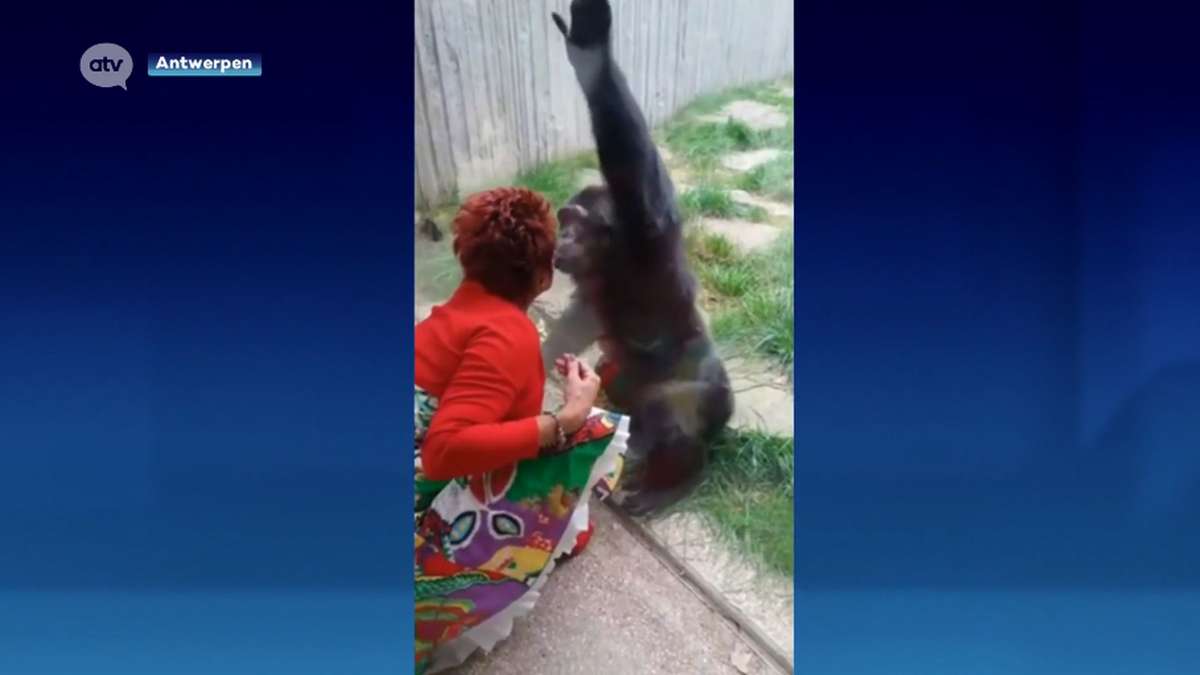 A regular visitor to the Antwerp Zoo has been banned from visiting. Your relationship with a chimpanzee is too close. The woman responded with tears.

Antwerp – Adie Timmermans visits the chimpanzee Chita in the Antwerp Zoo on a weekly basis. The two have had a special bond for four years now. But that should end now. The relationship is too close. The zoo banned the monkey lover from visiting after receiving four warnings.

Ban on visiting monkey lovers in Antwerp: “We have a relationship”

Adie and Chita actually seem to have a very close relationship. Recordings show how the chimpanzee Adie Timmermans greets at the window. They stretch their hands on the pane one after the other, sometimes take a short walk along the glass front. Or they kiss each other through the glass of the enclosure.

“We have a relationship, I have to say that,” said Timmermanns in an interview with the Belgian news broadcaster ATVwhich has been translated numerous times. “I love this animal and it loves me. I have nothing else. Why do you want to take that away from me? “, The woman complains in the interview, close to tears. “Many dozen of visitors are allowed to have contact with him. So why not me? ”At ntv the monkey lover emphasizes that there are dozens who do the same thing. “Dozens even take photos, they stay much longer. I don’t even stay ten minutes and I’m not allowed to do that. “

Ban on visiting monkey lovers in Antwerp: The zoo wants to protect the animal’s welfare

But the zoo in Belgium * has its reasons. Because the monkey Chita has a past as a pet. “She has been with us for almost 30 years, but we can see that she is still looking for contact with people,” says Sarah Lafaut from the Antwerp Zoo. This would cause them to lose the respect of the other animals, it is said. “When visitors come every day and take time with the animal, that is time that the animal cannot spend with its species. But that is important for animals that live in social groups. ”

The operators of the zoo are happy when visitors feel so connected to the animals. “But the welfare of the animals has top priority here”, Lafaut is quoted from the interview. Measures such as the ban on visits are necessary for the welfare of the animal. According to a report, Chita is mostly alone without Adie Timmermanns, as they mostly ignore the other animals. There was also a lot of excitement at the Duisburg Zoo recently after the zoos had to fight hard in the Corona crisis. (chd) * Merkur.de is part of IPPEN.MEDIA