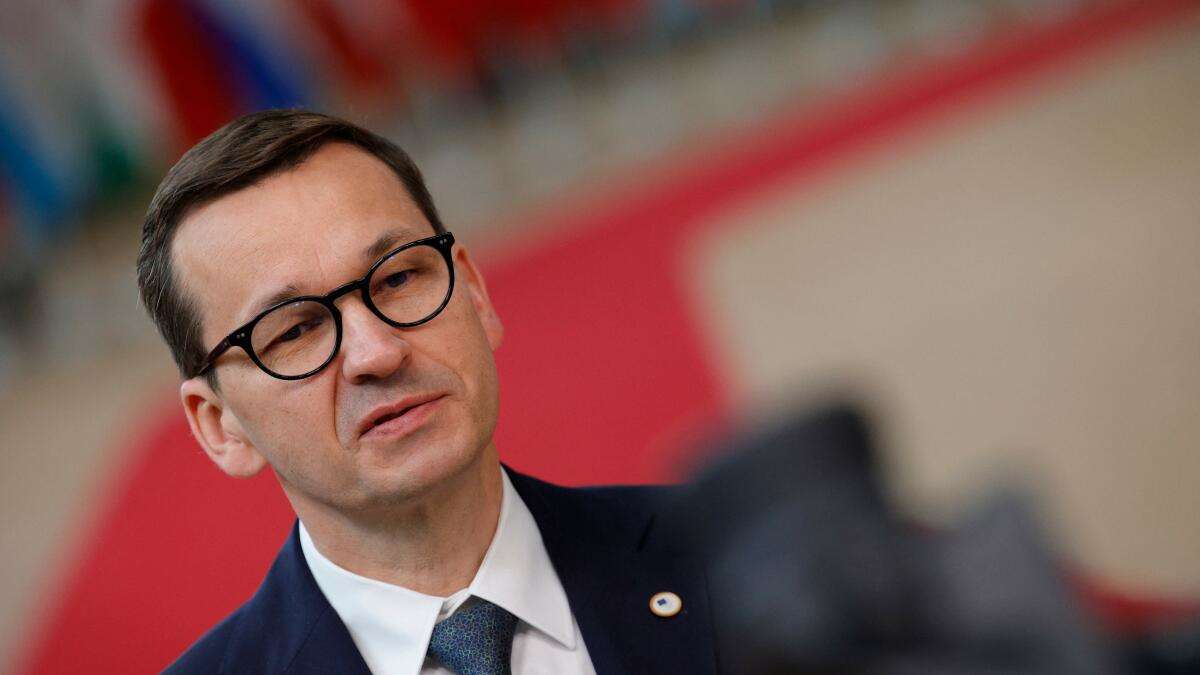 In order to get out of coal by 2049, the Polish government is planning to build six nuclear power reactors – several international partners are interested.

Warsaw – Against the background of the current Polish climate policy strategy until 2040, Poland * plans to build a total of six reactor blocks. The first block with an output of 1 – 1.6 GW should be ready by 2033. Overall, the nuclear power in Poland is expected to generate a total energy output of 6 – 9 GW. The estimated cost is around 25 billion euros.

This is to be achieved through the technology of pressurized water reactors (EPR). Poland is currently looking for partners to implement the nuclear power project.

In November 2020, the Polish Press Agency (PAP) published the results of an on behalf of the Climate Ministry on the discontinuation of the construction of nuclear power plants. According to this study, 62.5% of the respondents expressed their approval for nuclear power. Less than a third, 31.6%, disagree. In comparison to the earlier surveys, it was noticeable that there was a higher level of agreement, especially among young respondents, for whom issues of climate protection * are more important.

The polling institute Centrum Badania Opinii Społecznej (CBOS) came to different values ​​in its survey in May this year, but the institute found a 5 percent increase in supporters of nuclear power compared to the previous year in Poland. According to CBOS, the supporters are not the majority with 39%. In this survey, too, nuclear power was mentioned particularly frequently as a suitable alternative for burning coal.

Immediately after the government announced the nuclear plans, a location debate broke out in the Polish media. The choice of locations is now limited to Pątnów, Bełchatów i Żarnowiec. At the beginning of June these three options were confirmed by the Polish Prime Minister Mateusz Morawiecki. “Due to the ongoing analysis work, no final decisions were made,” said Morawiecki about a final location decision.

USA, France and South Korea in conversation with Poland – one partner is ahead of the other

In principle, the USA, France and South Korea are possible partners for the Poles. However, the Americans are so far clearly ahead of the other providers. While Donald Trump was still in office, Poland signed a memorandum with the USA in June 2019 in which the Americans pledged financial and technological support. Two years later, at the end of June 2021, Westinghouse Electric Company announced the start of technical and project-related work (Front-End Engineering and Design – FEED) in Poland.

“This is also one of the most important elements of the implementation of the Intergovernmental Agreement (IGA) between Poland and the United States of America on cooperation in the development of the nuclear program,” the company announced. Westinghouse plans to build the AP1000 Generation III + reactor in cooperation with Bechtel in Poland. The overall concept that the Americans want to offer Poland should be very similar to the project implemented in Sanmen in China.

France wants to make an offer to Poland

But the French with the electricity company Électricité de France (EDF) are still interested and want to make Poland an offer in the coming year. The French are expected to make an offer equivalent to the Flammanville 3 reactor. However, the long delay in completing the domestic project is likely to make the Polish side rather skeptical.

Both politically and economically, cooperation on energy issues with our European partner France would be more than desirable. However, Poland could possibly benefit from the joint agreements between the US and France, which were signed at the end of May.

Such a cooperation between the USA and France was implemented in the Romanian city of Cernavodă and could theoretically also be possible in the case of Poland.

Regardless of the Polish EPR ambitions, the largest Polish oil company Orlen has signed a cooperation agreement with the Synthos company to build small modular reactors (SMR – small modular reactor, with an output of 300 MW). Orlen emphasizes that the SMRs do not run counter to the content of the national climate strategy: “As Orlen, we will invest in SMR technology, but that in no way contradicts the plans of the Polish government for the construction of large nuclear reactors. The SMR systems are emission-free under construction, have low operating costs and can supply the Polish energy system with electricity, ”said CEO Daniel Obajtek.

Obajtek assumes that SMRs will be used abroad by the end of this decade. At the beginning of the 2030s, they will be able to produce energy in Poland too. (by Aleksandra Fedorska) *Merkur.de is an offer from IPPEN.MEDIA