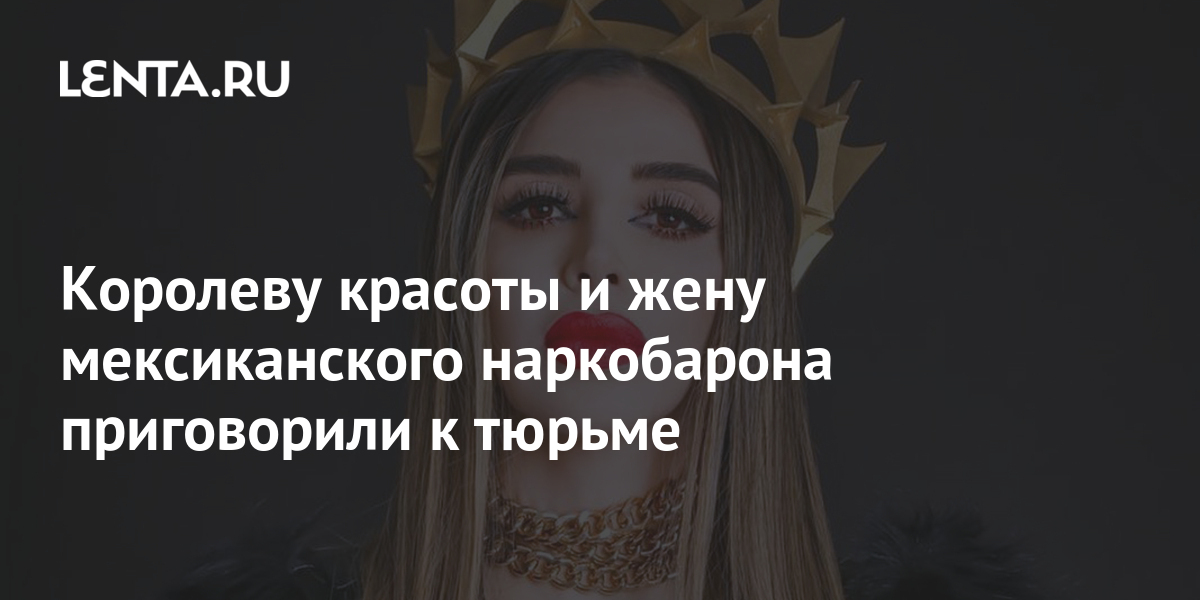 The wife of the ex-leader of the Sinaloa drug cartel Joaquin Guzman and the former beauty queen Emma Coronel Aispuro were sentenced to three years in prison. It is reported by Reuters…

On Tuesday, November 30, the US Capital District of Columbia court sentenced the 32-year-old wife of a Mexican drug lord to prison for drug trafficking and money laundering after pleading guilty to assisting Sinaloa.

According to the material, before sentencing, Ispuro appealed to US District Judge Rudolph Contreras to show mercy. “With all due respect, I appeal to you today to express my sincere regret for any harm that I may have caused, and I ask you and all citizens of this country to forgive me,” she said.

Despite the remorse of the criminal, the judge sentenced her to three years in prison. In addition, after her release, she will be under the supervision of law enforcement agencies for another four years. Contreras also decided to confiscate Ispuro’s funds in the amount of $ 1.5 million (110.7 million rubles).

Emma Coronel Aispuro was detained in February at Washington Dulles International Airport. On the charges brought against her in the United States, she could face imprisonment for up to 10 years, but the judge commuted the sentence, taking into account the fact that she is the only guardian of two nine-year-old daughters in connection with her husband’s life imprisonment.

In July 2019, an American court sentenced 62-year-old drug lord Joaquin Guzmán, also known as El Chapo (“the short man”), to life without parole and another 30 years in prison. The Mexican was convicted of drug trafficking. In addition to a prison sentence, El Chapo was also ordered to pay $ 12 billion (887.6 billion rubles).

Four injured when a WWII bomb exploded in Munich

What would a Soulslike set in Spain be like? This is how their scenarios, creatures and cultures are imagined

VVD minister Harbers: motorists can forget 130 km/h on the highway during the day in the coming years