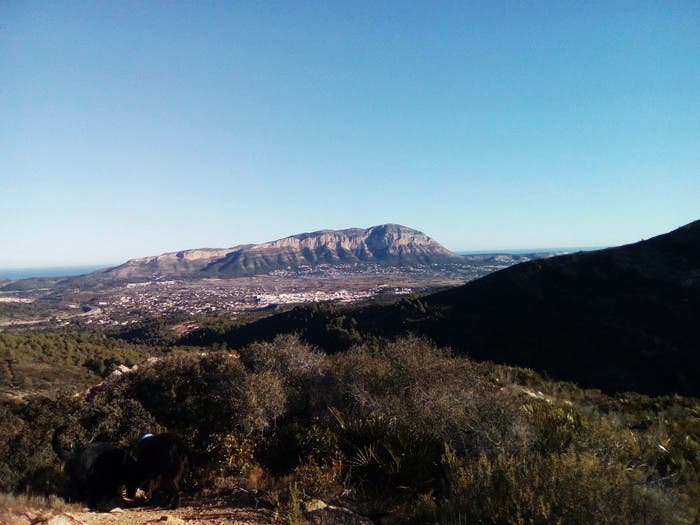 A POWER generation project across nearly 150,000 acres of Spanish countryside has been widely criticized by the four councils it would affect.

Nine windmills, each 100 meters high, are set to be installed on the Mallada Verde, a stretch of land connecting the cliffs of the Marina Alta and the mountains of inland Costa Blanca North.

The 59,323-hectare region takes in Denia, Benissa, Gata and Teulada, and is well-known for its natural forests and as a ‘bird corridor’ for migrating wildlife.

Benissa councilor, Mari Carme Ronda, claims the 82-meter blades would be a threat to species of birds such as the Golden Eagle, the Peregrine Falcon and the Osprey.

After discovering the plan on Wednesday, she said the windmills (each as high as a 30-storey building) would have ‘a beastly environmental and landscape impact.’

Additionally, huge concrete foundations and ditches for the transmission lines would have a hugely detrimental effect on the environment, she claimed.

The councilor demanded a forceful rejection of any such project, asking the local government if planning permission had been requested or approved.

Benissa mayor, Arturo Poquet (above), admitted that he did agree with mayors of neighboring municipalities in that, none of them look favorably on the idea, promoted by an un-named Madrid company.

The mayor of Gata, Josep Signes, said: “It is an undeveloped area of ​​special ecological and landscape protection, so installing windmills constitutes an attack on the landscape.

“Although the last word is with the Ministry of the Environment.”

Local government sources insist that they have only received a notification about the wind farm application but that it wasn’t supported by an environmental impact study or any thorough detail.

Sources in Teulada claim: “we still do not have any information from the Ministry, but we reject the project as it will have a brutal impact throughout this area of ​​Mallada Verda.”

The Mayor of Denia Urban Planning, Maria Josep Ripoll, said: “We don’t like it either, since it is an area of ​​protected rural land.”

Lola Flores vindicates Andalusian roots in an ad thanks to ‘deepfake’

Dubai Police: Smear the nose is a condition for receiving customers in our centers