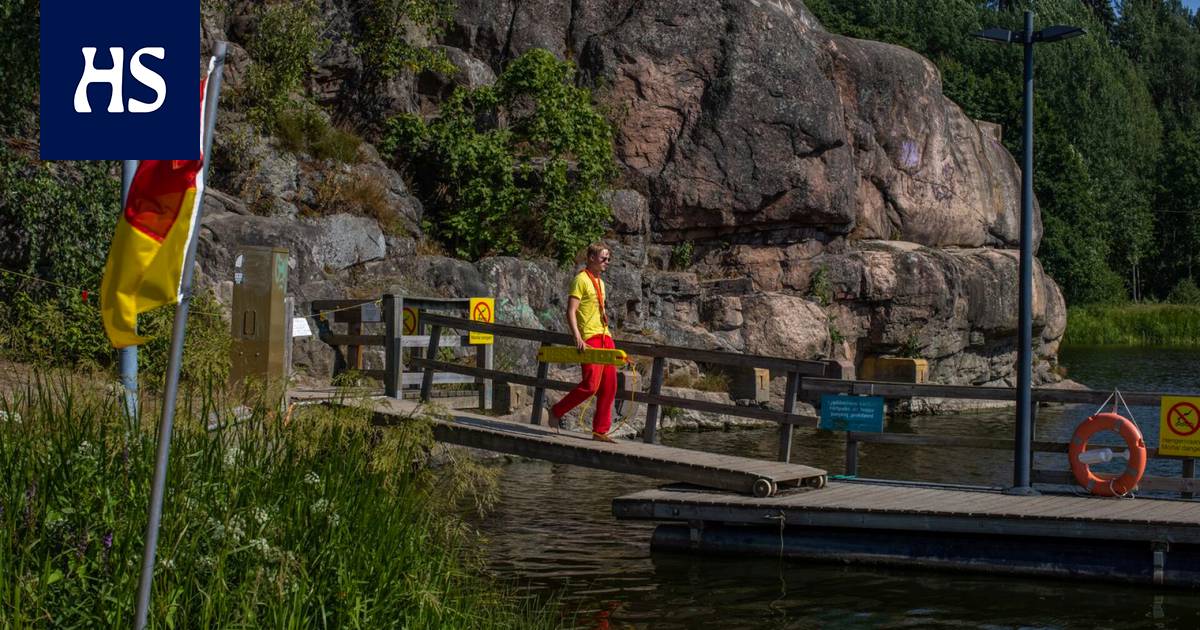 In nature, it is difficult to prevent swimming jumps even in dangerous places, as it is not prohibited by law.

Young people jumped into the water from dangerous places on the cliffs of Pikkukoski in Helsinki and the rocks of Ruskeasanta in Vantaa. The phenomenon is not new and it has been on display this summer in Facebook groups in Vantaa and Helsinki, for example.

The police or the City of Helsinki confirm that they are aware of the matter.

“Jumping is just sheer madness. There are amazingly sized tree trunks and sunken logs there, ”says the team member in charge of the city’s beaches. Jukka Lundgren.

Sinkers can drift between the water surface and the bottom. They are impossible to detect except by diving. The strong currents of the Vantaanjoki River can also transport objects to the area below the surface.

According to Lundgren, it is difficult to prevent jumping because there are no supervisors on the beach after six o’clock. The only way is to educate people.

“If your own life is expensive for gold then it’s worth not jumping,” Lundgren says.

Pikkukoski beach had a jump rack previously maintained by the City of Helsinki. However, the city removed the jump rack in 2017 due to the strong flow of the river.

The safety of the jumpers could not be guaranteed, as the flow could be brought to the scene by, for example, bicycles or tree trunks.

Helsinki police urge you to avoid swimming in unfamiliar waters.

“Anything that is not forbidden is not necessarily allowed. We definitely shouldn’t jump, ”Commissioner Katja Nissinen Helsinki police say.

“Injuries can range from bone fracture to human death. The consequences can be life-threatening not only for yourself, but also for others, ”says Nissinen.

Also We jump on the hills of Vantaa Ruskeasanta. The most popular jumping site is a former mining pit lined with steep rock walls, which has also become known as an unofficial landfill.

“There can be anything on the bottom, I understand scrap metal and even car scrap,” says the Commissioner of the Eastern Uusimaa Police Department Jarmo Ojala.

The phenomenon is known to the police, and Ojala is concerned about it. The area is not monitored and there is no information on the condition of the bottom of the pond created in the former mine. The drop in water is a maximum of 15 meters.

“There’s always the risk of jumping from an unfamiliar place, as there can be anything underwater underwater. If the damage happens, help may not be close. ”