Beaches Even in Pikkukoski, the bathing water was revealed to be of good quality in recent measurements – “We can’t stop anyone from swimming” 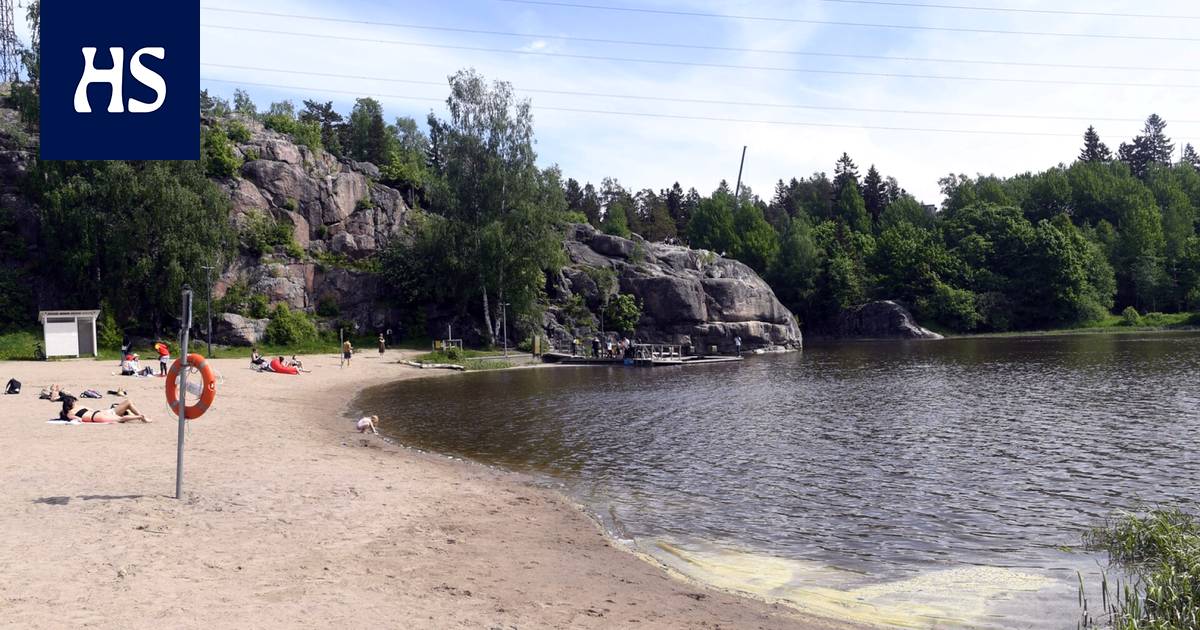 The recommendation to avoid swimming at Helsinki’s four beaches has surprised many, as it is based on measurement results from previous years.

The recommendation to avoid swimming at the beaches of Marjaniemi, Pikkukoski, Pakila and Tapaninvainio has surprised many, as it is based entirely on the measurement results of previous years.

City reported in May that bathing could not be recommended throughout the summer on those beaches, as high levels of intestinal bacteria have been measured in their water from time to time.

However, the sample taken on Monday 1 June from the shore of Pikkukoski did not exceed the permitted limit values.

Also Marjaniemi beach According to a study commissioned by Meriuimarit ry, the water quality has been good this spring.

Helsinki environmental services health engineer Satu Wahlman emphasizes that the recommendation is a call and not an actual bathing ban.

“We can’t stop anyone from swimming, but drinking water must be avoided,” he says.

According to Wahlman, the alternative would have been to close the beaches. It was not reached because the exceedances of the limit values ​​were only intermittent.

“With the recommendation, we make it clear to people that water quality may not always be good.”

According to Wahlman, the water quality of Pikkukoski has not changed significantly since last summer, although bathing was not advised to be avoided at that time.

He says that measurements will be taken more often from Pikkukoski this year than before. The latest results can be seen on the city’s website and on the beach bulletin board.

“Each of them can make their own personal decisions. The results are not completely up-to-date, but give direction, ”he says.

Wahlman says it takes a few days to analyze the samples. During that time, the water quality in natural waters may have time to change significantly.

“Especially for children and people with weakened immune systems, it’s really annoying if water gets in their mouths,” he says.

The city’s recommendation to avoid swimming is valid, according to Wahlman, throughout the bathing season and cannot be removed this summer, even if the measurement results are good. However, the city is preparing for that the beaches are not left empty in the summer. Pikkukoski and Marjaniemi are said to have swimming supervision as in previous summers.

Fecal bacteria according to Wahlman, has been abundant in the water of the Vantaanjoki River at times.

For example, last summer the water quality of Pikkukoski was measured five times, and in two of the samples the limit values ​​for intestinal bacteria were well exceeded.

One bad result was measured in the beaches of Tapaninvainio and Pakila last summer. Four samples were taken from both beaches.

According to Wahlman, in both cases, it took 11 days to restore water quality based on replicate samples.

Pikkukoski the cause of poor measurement results is suspected by sewage or surface runoff and rainfall with which animal feces flow into the river.

“Of course, it’s possible that there have been dogs on the beach before sampling, and dog poop would have gotten into the water,” Wahlman says.

According to him, the recommendation is likely to be removed next summer if bathing water quality is rated better based on this summer’s measurements.