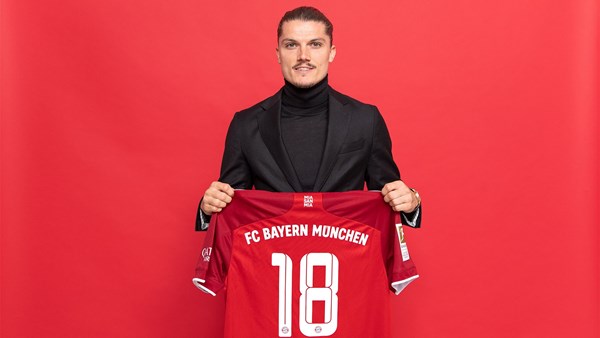 And Sabitzer, 27, returned to work again with his former coach Julian Nagelsmann in Munich, with a contract that extends until 2025.

“Marcel Sabitzer will bring all the capabilities that the player needs in Bayern, and he will not need long to adapt, because he is used to the work and philosophy of our coach Julian Nagelsmann,” said Olivier Kahn, CEO of the Bavarian club. German media estimated the deal at 16 million euros ($19 million).

Leipzig wrote on its official Twitter account: “Thank you for the memories, Sabitzer.” Sabitzer joined Leipzig in 2014, and is one of the most influential players in the team, as he helped reach the semi-finals of the Champions League led by Nagelsmann in 2020, which makes him the most prominent contract for Bayern Munich during the current transfer period with another player. Coming from Leipzig, French defender Dayot Upamecano last July.

It is not yet clear the date of Sabitzer’s first participation with Bayern, after he missed Leipzig in the match they lost against Wolfsburg on Sunday due to injury, and he will also miss the two matches of Austria in the World Cup qualifiers next week.

Bayern Munich’s first match after returning from the international competition period will be against RB Leipzig, the former team of Sabitzer, on September 11.

The Mexican National Team has two casualties to face Panama

500 to dance and alcohol to minors: seals for a famous club in Ostia