Bayern and Dortmund lead the opposition to the European Super League 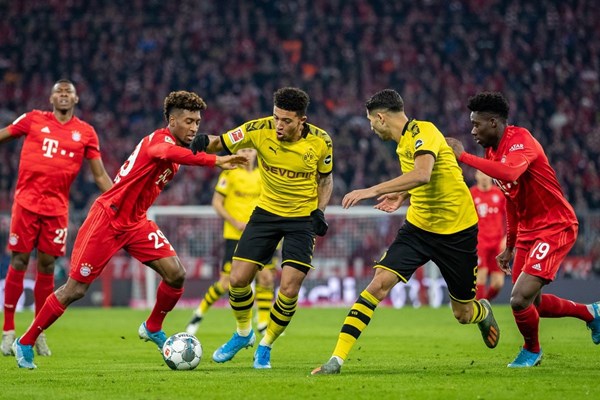 Berlin (dpa)
Bayern Munich and Borussia Dortmund are the most prominent absentees from the European Super League founders’ list, along with Paris Saint-Germain. Today, Monday, Borussia Dortmund confirmed that it and Bayern Munich, its rivals in the German football league, are united against the European Super League and will not join it. Dortmund CEO Hans-Joachim Watske said that his team and Bayern, members of the European Club Association Council, confirmed their positions during the League meeting. The two clubs supported the European Club Association’s position and wanted to “implement the reforms planned for the European Champions League.” The European Football Association (UEFA) wants to increase the number of teams participating in the Champions League from 32 to 36 teams starting in 2024, while 12 clubs from England, Spain and Italy have expressed their intention to launch the European Super League championship starting in August. Fatske explained: The European Club Association members have taken a clear position in rejecting plans to establish the Super League, noting that Bayern and Dortmund “shared the same position throughout the discussions.” Bayern Munich Chairman Karl-Heinz Rummenigge refused, and Dortmund officials, earlier, to join the Super League, stressing their commitment to participate in the Bundesliga and UEFA tournaments. But Rummenigge will leave his post at the end of the year, and then the opportunity will be ripe for Bayern, who have won the Champions League six times before, to join the 12 clubs from England, Italy and Spain, which are the founders of the Super League, with three permanent seats remaining in the tournament. Borussia Dortmund, who won the European title in 1997, was also recognized for his wide fan base and stadium capacity of 80,000 fans. But the biggest obstacle may be that German clubs are managed by members rather than investors, at a time when fans are strongly opposed to the Super League and the sweeping reforms that Uefa plans to implement in the Champions League. He also missed the list of founders of the European Super League from the former European champions, Ajax Amsterdam, the Dutch four-time Champions League winner, along with Porto and Olympique Marseille, France, and Paris Saint-Germain, the summer runners of the last version of the continental championship, missed the participation. UEFA thanked the German and French clubs for not participating in the establishment of the Super League, and French President Emmanuel Macron said that his country would support “all steps taken to protect the integrity of federal competitions, whether they are national or European.” It was also reported that Saint-Germain participated in the European Club Association meeting, and the club’s president, Qatari Nasser Al-Khelaifi, is a member of the UEFA Executive Committee and chairman of the board of directors of the “BBC Sport” network that owns the rights to broadcast the European Champions League.

Shrek was not just a drawing: the true story behind the real life character

Johnson, irritated by the attacks by the works of his apartment