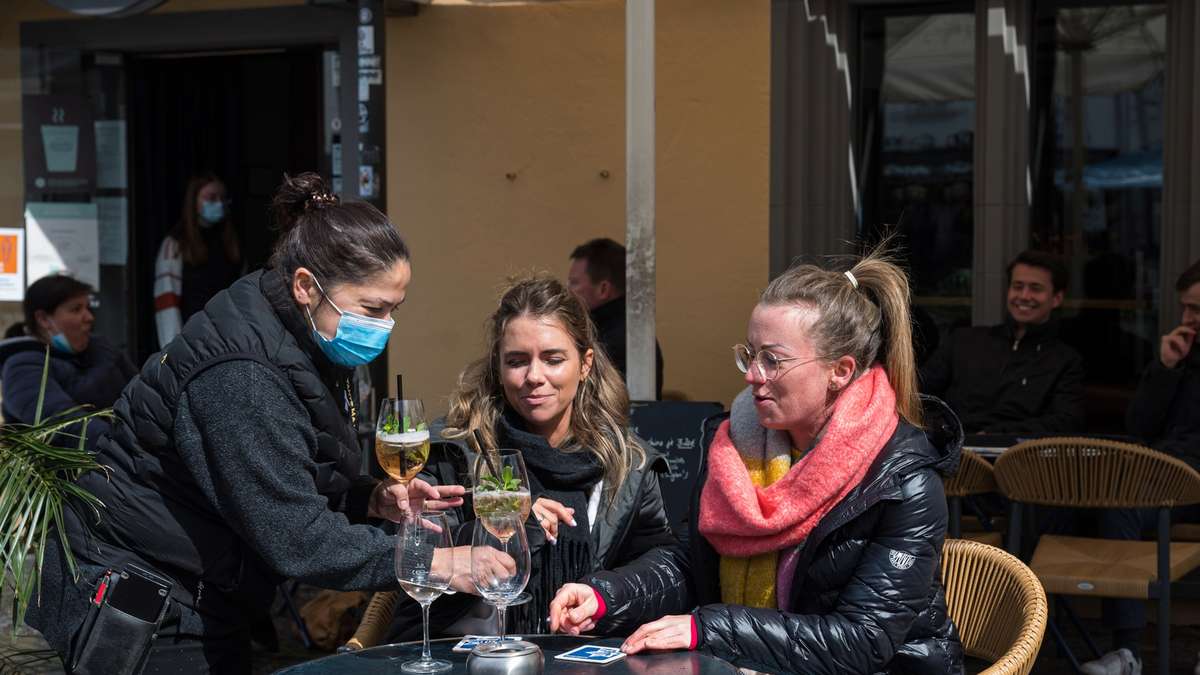 The Saarland, Tübingen and Rostock have caused a stir with opening models in the pandemic. But now it turns out that there must be rowed back as well.

Munich – colors can flow into one another, even at a traffic light *. On Wednesday, she was still on yellow in Saarland, the Corona model region for ten days. A day later, the first observers spoke of orange, with a tendency to red. The Ministry of Health warned that it was possible to jump around at any time. It still remains unchanged. But on a very dark yellow.

Since April 6, many eyes have been directed towards the small federal state. Despite the nationwide increase in the number of infections, Prime Minister Tobias Hans (CDU) started an opening model that, with a current rapid test *, enables numerous loosenings, from private contacts to retail and outdoor restaurants to visits to cinemas, theaters or fitness studios.

Models in the corona pandemic: Saarland would pull the emergency brake “without hesitation”

Because the project attracted a lot of criticism from the start, the decision-makers pointedly emphasize not to whip through the openings at any price. Health Minister Monika Bachmann assured us at the beginning of the week that the emergency brake would be pulled “without hesitation” if the infection got out of hand.

It’s been a ride on the razor blade ever since. On Wednesday, the seven-day incidence * was 133.2 and the R value * was an enormous 1.5-100 infected people, thus infecting 150 other people. Just because the numbers have since dropped again (to 121 and 1.1), the openings continue – on probation *. However, the state government is aware that every day for the project can be the last. The criticism has recently swelled further. The Saarland Hospital Society warned of an overload in the intensive care units. The situation is “very tense”.

Models in the corona pandemic: Tübingen must have “done something right”

As the number of infections rises, the public headwind for the model regions is generally increasing. Lothar Wieler, President of the Robert Koch Institute *, complained on Thursday that it was “naive to believe that you can test the virus away”. Specifically, his criticism was directed at the Saarland. And at Tübingen.

A number of shops and public facilities have been open there since March, but the city has had to adapt to the circumstances. The outdoor catering is now closed again, and the project has also ended for visitors from outside the district. Because the Tübingen seven-day incidence (most recently 86) is well below that of the state of Baden-Württemberg (165), Mayor Boris Palmer (Greens) has the feeling “that we did something right”.

Models in the corona pandemic: Rostock could have lessons outdoors in May

It will still be a struggle, especially when the nationwide uniform emergency brake * takes effect. In Mecklenburg-Western Pomerania, the state government will take them on Monday. This also applies to Rostock, the nationwide best-known pilot project alongside Tübingen, which made it possible to visit theaters as well as football stadiums. Four weeks ago, an incidence of 22 could be marveled at, but the corona events have not left their mark on the Baltic Sea city since then. By Thursday (135.3) the incidence had increased six-fold.

Mayor Claus Ruhe Madsen (independent) said the Ostsee-Zeitung, he defends himself against “blanket sealing”. He would support night exit restrictions *, but he hopes for more creative approaches in schools. They should be closed for a maximum of 14 days. Because it is already May and the weather is more stable, new possibilities would arise. Madsen could envision taking classes outside. (mbe) * merkur.de is an offer from IPPEN.MEDIA

Söder or Laschet? There are only three ways out of the Union's disaster trap

Everything about my mother