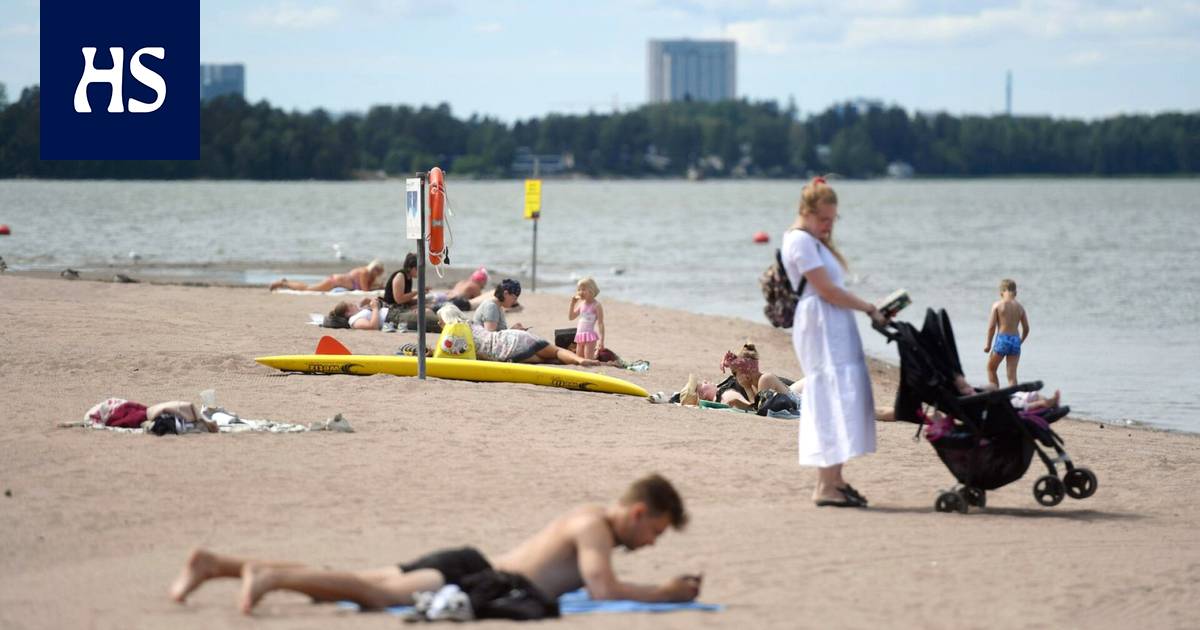 Even large temperature fluctuations in coastal waters are common and can occur quickly.

Helsinki beach waters are now very warm due to the heat, but on some beaches the cool water has surprised swimmers. The residents of Lauttasaari, for example, have been horrified by the sudden cold In the Facebook group.

The results are the city’s company Forum Virium Helsinki website, which shows the current water temperature on the shores of many metropolitan areas.

Coastal waters large temperature fluctuations are not an expert of the Finnish Meteorological Institute Aleksi Arolan according to exceptional. When warm surface water is transported outside by the action of winds, it is replaced by cool water coming from deeper and the measured temperature of the shore water decreases.

According to Arola, bathing water temperatures can vary by as much as about ten degrees a day.

“From morning to afternoon, you can have time to drop a few degrees. Larger fluctuations can take place approximately once a day, but that also depends on the place and conditions, ”Arola says.

The variation, he said, is greater on sheltered beaches. During the evening and night, the beach waters usually cool a couple of degrees.

Surface waters according to Arola, they may also cool down due to the wider upland phenomenon affecting the entire coast. For example, on the Finnish side, in the Gulf of Finland, the phenomenon may occur in connection with several days of wind from west to east.

As a result of the accumulation phenomenon, colder water rises to the surface and surface waters cool along the entire coast. Arola says that spawning in the Baltic Sea usually occurs every summer, and it is not particularly exceptional.

According to him, the large temperature fluctuations of individual beaches are also the same phenomenon on a smaller scale.