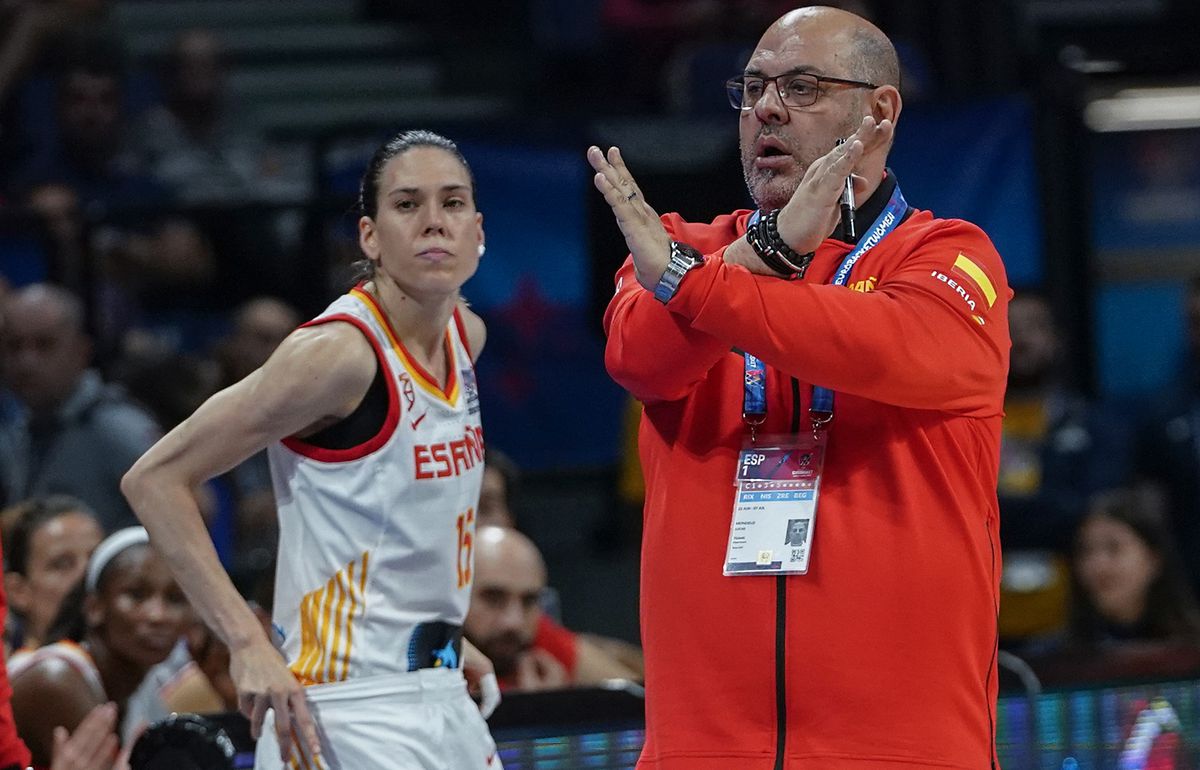 The first knock that something serious was happening in the women’s basketball team was given by Anna Cruz on January 11. That day, the 34-year-old Barcelona player, WNBA champion in 2015 and 158 times international (eight medals), announced her goodbye to the team with a forceful statement full of veiled reproaches to the coach, Lucas Mondelo, without citing him, but without leave doubts. “The family is not treated like that,” he explained in his farewell text. “Before everything I have experienced turns bitter, I prefer to separate our paths. I also have power, the power to decide who I work for and who I don’t. He has done a lot of damage to people who have taken chestnuts out of the fire more than once, ”he said in his letter. Cruz had been the architect of the two most providential baskets of this winning cycle —in the quarterfinals of the 2015 European Championship and the 2016 Rio Games, against Montenegro and Turkey respectively—, key to stringing together the sequence of the seven consecutive medals between 2013 and 2019.

Before Cruz’s departure, Marta Xargay’s withdrawal, then temporary, had taken place; and then in May came the resignation of Laura Nicholls. The three players, along with Astou Ndour, most important in the conquest of gold in 2019, the last glorious poster of this era. On Sunday, Marta Xargay revealed that she had suffered bulimia in the final stretch of her career as a result of the treatment of the former selector. Now it is Anna Cruz who recounts her testimony to EL PAÍS.

“It costs a lot to reach the elite and it is very hard to have to leave because one person makes your life impossible,” explains the Barcelona forward. “You do it to save your health. His continued psychological abuse caused me stress, anxiety, depression… it led me to leave the national team and go through a very difficult process ”.

Like Xargay, Anna Cruz also coincided with Mondelo in the Russian Kursk team, in this case in the 2016-2017 season, two years before Xargay. And, already then, what he experienced allows him to endorse the testimony of his companion. “He used the weight thing as a strategy of pressure and harassment, not of medical control. His fuss behind the scale was public derision. As if my Russian companions did not understand him. It has sunk many players. He didn’t catch me there, but he was undermining me in other ways ”, he continues in his story. Over time, Cruz and Xargay found out how those contracts in Russia were used by the coach as a moral debt on them – “Marta was my personal choice to accompany me on the adventure in Kursk,” Mondelo said in his reply – and to focus his “obsessive methods and persecution” also in the selection.

The pressure accumulated by the host in the 2018 World Cup in Tenerife; the physical and mental exhaustion with which the team arrived at the 2019 European Championship and the increasing excess of powers of the coach, supervising the private lives of the players and establishing constant sources of conflict, definitively broke the group. “The demands of elite sport cannot be carried out with the rest of the values. Not everything goes to win and winning cannot justify everything. Saying enough has to be normalized, not always swallowing. Not everything goes, ”Cruz continues. “I hope no partner ever has to experience this deal again. We love to compete and we overlook intolerable things. The medals and titles do not have to be so expensive ”, he adds in his story.

Paradoxically, achieving success in these years meant for many players to perpetuate a sentence. “At the beginning of this journey we were a very united group, also against him, because we all suffered from it. We became strong among ourselves. But over time, he consolidated that need for conflict that he has to develop his command and began to foster insane competition within the team, ”Cruz details. “Exposing yourself to obey someone who makes your life impossible is very hard mentally,” he adds. “If you don’t laugh, thank you, you will be labeled as problematic. This is still a job and those practices are workplace harassment ”.

After the pandemic, the first preparatory rally for this summer, in November last year, became a trauma for several players, including Cruz. It was his last appearance with the national team. As a finale, a televised friendly with the team divided with red and white jerseys, match in body and soul. “I needed psychological help to overcome the panic to go to training those days,” he recalls.

Cruz had come from a knee operation months ago and, far from finding support to reach his competitive peak, he found a persecution. The support tweet for Xargay after his retirement, criticizing another of the coach of support for his teammate – “We could have treated the person better when we had them by our side, instead of trying to be a welcome publicly ”- he placed Cruz in Mondelo’s trigger. “The lack of respect, personal and professional, that I suffered in that concentration was very hard. I went from making the void to disqualification in front of everyone. The abuse of power turned into humiliation. I even had to defend myself against issues in my private life. The anxiety attacks that I suffered those days led me to say enough. I couldn’t take all that shit anymore ”, completes Cruz. Several companions define what she experienced those days as a clear case of mobbing.

In the year and a half following the 2019 gold, Xargay, Cruz and Nicholls could not hold out any longer and left without being able to close their cycle in the national team on the track. In July, Spain fell in the Eurobasket quarterfinals against Serbia and, a few days ago, in the same round of the Games against France. “I couldn’t even put the TV on. It hurt to see them. We are not there for extra-sporting reasons. They are many years and many things that we have lived together. Many beautiful and difficult moments… ”, closes Cruz.

A friendly turned into a trauma

The women’s basketball team met last November at L’Alquería de Valencia to lay the first stone in preparation for the double challenge that it was going to face this summer: the Valencia European Championship and the Tokyo Games consecutively, with only 25 days of margin between one and another appointment. The concentration closed with an unprecedented friendly, televised by Teledeporte, with the players of the selection divided into two teams, red and white.

The result was a score of 73-36, just as scandalous as Mondelo’s deployment from the wing, according to several players present. The studied decompensation of the teams and the comments and disqualifications of the then coach against some players turned the friendly into a trauma, in one more movement in the strategies of Mondelo with his group.