Basic Finns The party leadership of the basic Finns went new: Here are all the person choices 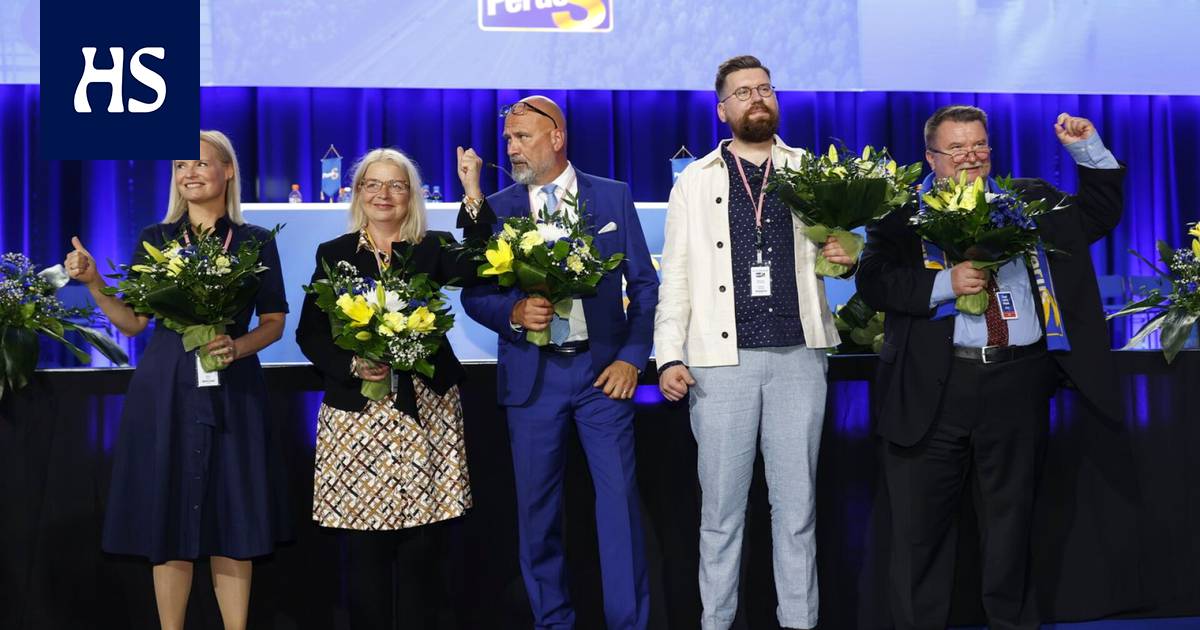 The incumbent party secretary and the second and third vice-chairmen were ousted.

Here are all the person choices:

Chairman Riikka Purra. The predecessor of the bite Jussi Halla-aho announced in the summer that he no longer intended to run for office.

Purra, who has been elected chairman, is a Member of Parliament from Kirkkonummi for the first term. Under his leadership, the party’s line is not expected to change much, as he has been doing so as the party’s first vice president.

Read more: Stubborn and knowledgeable fighter: This is Riikka Purra, who has made a rapid rise to the leadership of the basic Finns.

Party Secretary Arto Luukkanen. Luukkanen challenged the sitting chairman Simo Grönroosin and defeated him by a vote of 706–397.

Luukkanen has a doctorate in theology and works at the University of Helsinki as a university lecturer in Russian and Eastern European studies. He has written several books on Russia. He also serves as the chairman of the board of the Finnish Foundation Foundation for Basic Finns.

First Vice Chairman Leena Meri. Meri is a second-term MP and deputy judge. He chairs the Parliamentary Committee on Law. He was elected to replace Purra as chairman.

Second Vice Chairman Mauri Peltokangas. Peltokangas has so far replaced the second vice-chairman Arja Juvonen by a vote of 649–259.

Peltokangas is a first-term MP who has been charged with incitement against a group of people. He denies the charges.

Peltokangas also serves as the district manager of the nationalist Finnish Sisu Association in Central Ostrobothnia.

Read more: MP Mauri Peltokangas, who aspires to the Finnish presidency, is charged with incitement against a group of people

Tynkkynen is a first-term MP.

He, too, has been indicted in March for incitement against a group of people. Tynkkynen has denied guilty of the crime.

In the past, Tynkkynen has been fined twice for inciting against a group of people, in 2017 and 2020.

More than prepaid: Payoneer broadens its sales pitch ahead of IPO

Cancellation of a ruling obligating an Arab to pay 7.7 million dirhams to a hotel