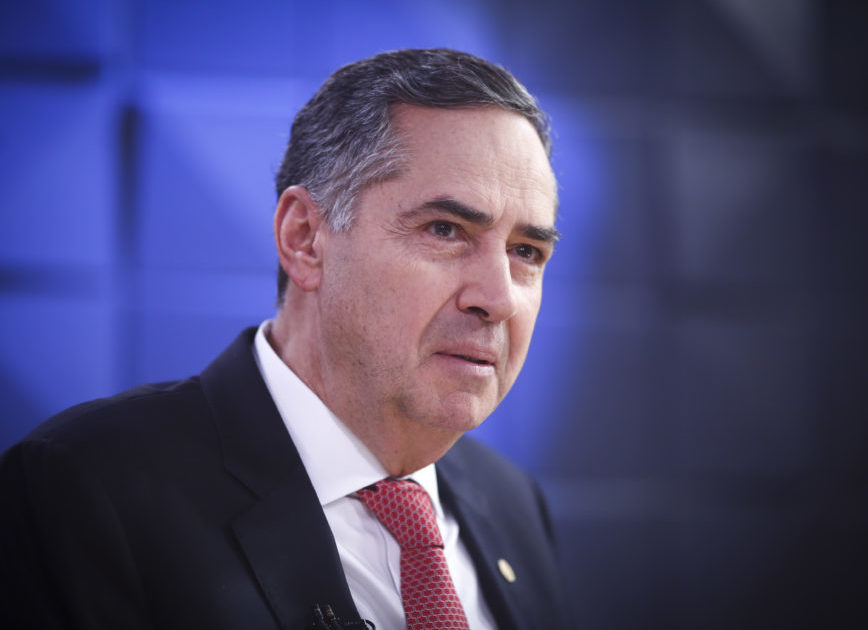 President Jair Bolsonaro suggested this Saturday (10.Jul.2021) that Roberto Barroso, minister of the STF (Supreme Federal Court) and president of the TSE (Superior Electoral Court), defends pedophilia. The statement is false, according to information from the Supreme.

According to Bolsonaro, Barroso would have defended the reduction of the age of majority in cases of rape of the vulnerable. In the 2017 judgment, however, the minister voted in the opposite way to that alleged by the president. He maintained the continuity of a lawsuit filed against an 18-year-old boy accused of having sex with a 13-year-old girl.

At the time, the minister said that, although the process brought elements that made it possible to affirm that the victim consented to the relationship, the child was under 14 years old. Therefore, the continuity of the process was justified, in the name of protecting childhood and adolescence. Thus, the 1st Panel of the Court, following the vote of Barroso, decided that “for the configuration of rape as vulnerable, the consent of the victim under 14 years of age is irrelevant”.

This is the same position held by the Supreme and the STJ (Superior Court of Justice) in other judgments on the same issue. Since 2009, for example, the understanding has been consolidated that any libidinous act with children under 14 constitutes vulnerable rape, as it is understood that children are unable to consent.

In the case of the STJ, a summary to pacify the Court’s understanding that “the crime of rape of the vulnerable configures with the carnal conjunction or practice of libidinous act under the age of 14”. there is an compiled of jurisprudence showing how the Court has behaved on the subject in recent years.

In the case of the Federal Supreme Court, there is at least one other judgment in which the same was decided. it is about the habeas corpus 134,591, in which the Court considered that it was not possible to change a conviction for rape of a vulnerable person by one for sexual harassment – ​​a crime that involves, in most cases, men who harass women in public transport.

In addition to saying that Barroso defends pedophilia, Bolsonaro stated that the minister should not be in the Supreme Court. The president had already made other attacks on the magistrate over the course of the week.

“This minister defends the reduction of age for rape of the vulnerable, that is, pedophilia is what he defends. Minister who defends the legality of drugs. With all these flags, he shouldn’t be in the Supreme Court. I should be in Parliament. There is the place for each one to defend their flag”said Bolsonaro.

On Friday (9.Jul.2021), he also called Barroso “idiot” and “asshole”. The criticisms were made because the minister does not agree with the auditable printed vote, an agenda defended by the president. Bolsonaro also suggested that it might not have an election in 2022.

Barroso responded the same day. In a note issued by the TSE, he said that trying to prevent elections is a crime of responsibility, subject to impeachment.

“The holding of elections, on the date provided for in the Constitution, is a prerequisite for the democratic regime. Any action to prevent its occurrence violates constitutional principles and constitutes a crime of responsibility”, said the minister. here’s the whole of the note (201 KB).

Barroso received support from former TSE and STF ministers. In a note from Ibrade (Brazilian Institute of Electoral Law), the former magistrates repudiated Bolsonaro’s statements and the president’s criticisms of the Brazilian electoral process.